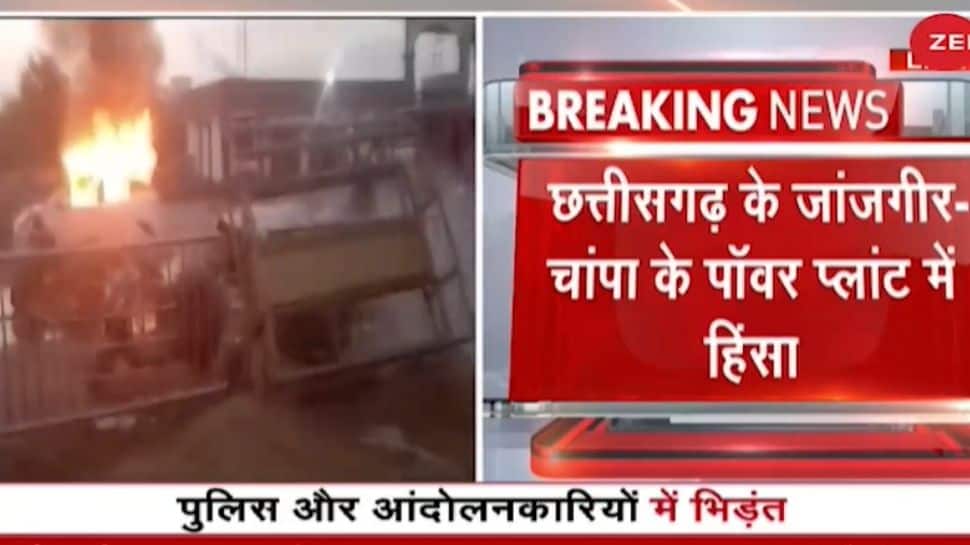 New Delhi: Around 20 cops were wounded in a protest that turned violent in Janjgir-Champa district of Chhattisgarh on Sunday (January 2).

Janjgir-Champa Superintendent of Police Prashant Thakur said, “As many as 20 police personnel suffered injuries and the windscreen of several police vehicles were damaged during the incident. A private vehicle was also set on fire. The situation is under control now.”

The contractual workers ha been protesting for the past several days demanding that their services be made permanent. The agitation took a violent turn today after the Chhattisgarh police tried to remove the protesters from the site citing COVID-19 spike.

“Police had to use water cannons to remove the protesters as some workers at the Madwa plant, who were suffering from high blood pressure and diabetes, had to be evacuated immediately,” the officials added.

As per the officials, the protesting workers were expected to talk to the chairman of Chhattisgarh State Power Company on January 4, however, some of them called for the session be held on Sunday through video conferencing. After this was carried out, some protestors still refused to vacate the area.