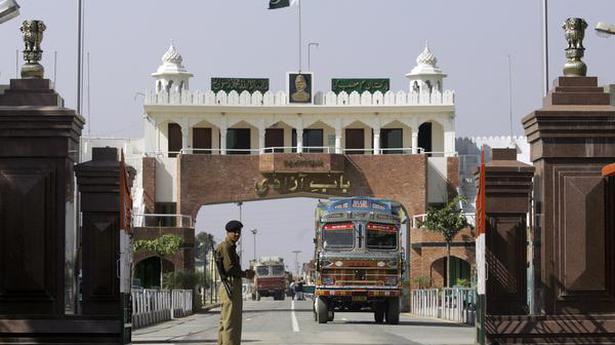 Twenty Indian fishermen were released from the Landhi district jail in Karachi on November 14 after completing their four-year prison terms for allegedly fishing illegally in Pakistani waters and will be handed over to the Indian authorities at the Wagah border on November 15, a senior prison official said.

Landhi jail Superintendent Irshad Shah said the fishermen, mostly belonging to Gujarat, were released as a goodwill gesture after the Indian authorities confirmed their nationalities.

“They had served four years in jail and have been released today as a goodwill gesture by our government,” Mr. Shah said.

The Edhi Trust Foundation, a non-profit social welfare organisation, made arrangements to transport the fishermen to the Wagah border in Lahore from where they will be handed over to the Indian authorities on November 15.

“We have handed them over to the Edhi Foundation which is taking care of all their travel and other expenses. They will travel to Lahore by Allama Iqbal Express train,” Mr. Shah said.

The officer said there were 588 more Indian nationals, the majority of them fishermen, who are still languishing in Landhi jail.

“We release them once we get approval from the Sindh Home Department as we got yesterday to release these 20 Indian fishermen,” he added.

The fishermen were arrested by the Pakistan Maritime Security Force (PMSF) and handed over to the dock police for allegedly fishing illegally in Pakistani waters.

Fishermen from Pakistan and India usually end up in jails after they are arrested for fishing illegally in each other’s territorial waters.

A senior official of the NGO Pakistan Fishermen Forum said that due to the absence of a clear demarcation line in the coastal area of the Arabian Sea between the two countries, these fishermen who do not possess the modern-day navigation equipment mistakenly cross the red lines and ended up in jails.