LUCKNOW: The BJP brass carried out a deft caste arithmetic by inducting six OBCs, one Dalit and two Brahmin leaders from poll-bound UP in its national executive committee announced on Thursday. As many as 42 members from Uttar Pradesh, including PM Narendra Modi are part of the party’s apex decision-making body.
Among key most-backward caste faces in the list are state minister Swami Prasad Maurya, an MLA from Padrauna, and Dara Singh Chauhan, MLA from Madhuban in Mau. Chauhan hails from ‘Nunia’ backward sub-caste, which has a sizable presence in eastern UP. Significantly, both Maurya and Chauhan defected to the saffron camp from the Mayawati-led BSP.
UP BJP chief Swatantra Dev Singh is the other big name from the OBC bracket to be inducted in the national executive committee. Cabinet minister Anil Rajbhar too has been accommodated as a special invitee — a move seen as a counter to former ally and SBSP chief Om Prakash Rajbhar, who has been flexing muscle to challenge BJP. Likewise, party’s Fatehpur MP and Union minister of state Sadhvi Niranjan Jyoti, too, has been named in the national executive for the first time. Jyoti hails from Nishad (fishermen) community, which has significant electoral presence in 60 assembly seats in east UP. Her induction in the national executive comes close on heels of BJP cobbling up an alliance with the Sanjay Nishad-led NISHAD party in run-up to polls.
BJP MP from Dhaurahra, Rekha Verma, a Kurmi, too finds a place in the list by virtue of being party vice-president for over a year. In 2014 and 2019 Lok Sabha elections, Verma defeated Congress turncoat Jitin Prasada, who joined BJP in July and was recently inducted in the Yogi Adityanath cabinet. Bareilly MP Santosh Gangwar, a prominent Kurmi leader in Rohilkhand region, too has been accommodated as a member.
The development once again brought the spotlight on BJP’s concerted attempts to consolidate the OBC vote-bank, which accounts for 42% of the voting population in UP. This is also seen as a saffron outfit’s counter to regional political outfits, including SP and BSP’s aggressive attempts to woo Brahmins, who otherwise have traditionally voted for BJP.
BJP also played the upper-caste card by inducting UP minister Brijesh Pathak as a member. A BSP turncoat and Brahmin, Pathak is considered to have played a key role in Mayawati’s social engineering formula that propelled her to power with full majority in 2007 assembly elections. BJP has also included former Meerut MLA Laxmi Kant Bajpai, a Brahmin, in the national executive as a special invitee.
Earlier, BJP had appointed Union education minister Dharmendra Pradhan, a prominent OBC face in the Modi cabinet, as in charge of UP elections. This, besides the induction of three OBC leaders — BL Verma (Lodh), Pankaj Chaudhary (Kurmi) and Anupriya Patel (Kurmi) — in the Union cabinet rejig, effected in July, in what relayed clear signals about OBC weighing heavily in BJP’s electoral math. In fact, Verma, a Rajya Sabha MP, has been included in the national executive as a special invitee.
Similarly, former Uttarakhand governor Baby Rani Maurya, who was recently appointed BJP vice-president will be a member of the national executive. A former mayor of Agra, Baby Rani is being projected as a Dalit face of BJP. 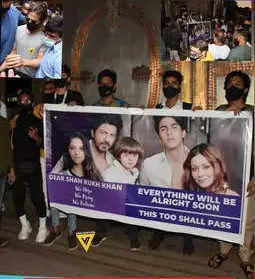