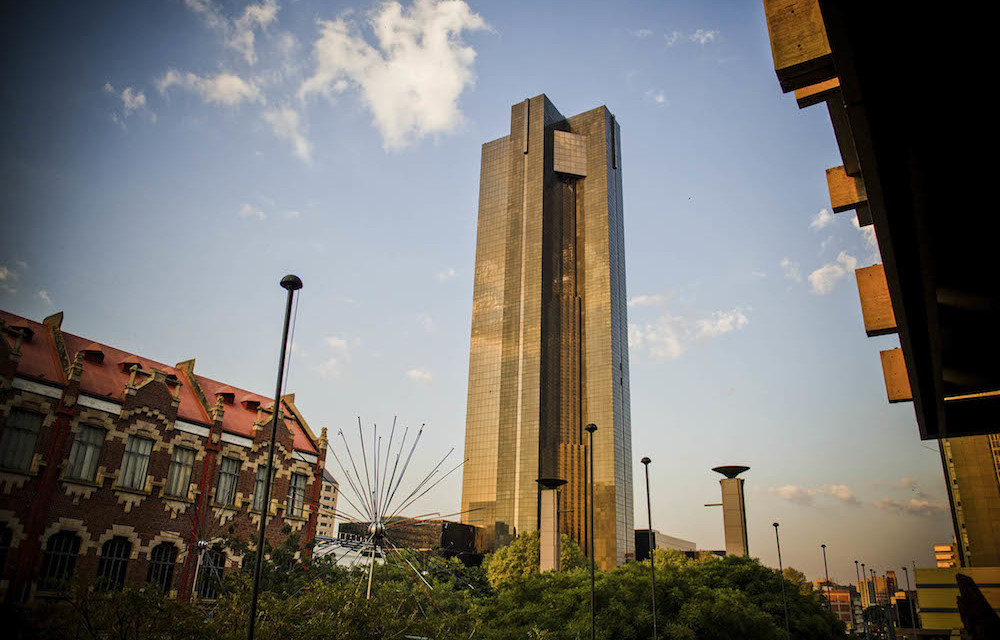 The move, announced by central bank governor Lesetja Kganyago on Thursday, has attracted the ire of critics who say the hike will throw cold water on the country’s already glacial economic growth.

In a split decision, the Reserve Bank’s monetary policy committee (MPC) voted to hike the repo rate, which affects the cost of borrowing, by 25 basis points. The decision was taken amid a spike in consumer prices overseas and concerns that advanced economies will forsake their accommodative stances to snuff out elevated inflation.

Higher-than-expected inflation in these economies has weighed on the South African rand. As they feel the itch to adjust rates to guard against high inflation, the rand stands to depreciate and domestic inflation will rise.

The MPC statement noted that, since its September meeting, the rand has depreciated

about 5.9% against the US dollar and now sits below its equilibrium level.

Thursday’s decision marks the first time the repo rate has been hiked in three years. In 2020, the Reserve Bank slashed the repo rate by 300 basis points to aid the country’s ailing economy, as it reeled from the pandemic’s onslaught. Low interest rates support the economy by stimulating spending and investment.

Trade union federation Cosatu said it would make life even harder for South Africans grappling with the economic fall out of the Covid-19 pandemic, among other ills.

In a statement, Cosatu called the move “a cruel slap in the face to millions of workers, consumers and businesses that are struggling to survive”.

“This decision is seriously jeopardising the prospect of achieving even the modest targets on economic growth set by government … The Reserve Bank’s monetary policy is a critical instrument for development and the Reserve Bank should align its policy to broader macroeconomic policy objectives that far outweigh the inflation targeting,” it said.

South Africa’s economic growth prospects are more subdued than expected. Growth has been revised slightly downwards off the back of “the larger negative effect on output than was previously estimated from the July unrest and other factors”. The MPC has now forecast the economy will grow by 5.2% this year, down from a previous forecast of 5.3%.

In its prognosis of South Africa’s economic outlook, the MPC said July’s unrest, the pandemic and ongoing energy supply constraints “are likely to have lasting effects on investor confidence and job creation, impeding recovery in labour-intensive sectors hardest hit by the lockdowns”.

Analysts were split on how the MPC would react to global inflation pressures — induced by supply-chain bottlenecks affecting countries recovering from the effects of the pandemic — and the risks to the rand.

Some raised concerns that if the Reserve Bank failed to act, South Africa would be behind the curve and the rand would suffer. Others pointed out that inflation had remained within the central bank’s target range of 3% to 6% and that the country’s subdued economic recovery would probably keep inflation in check.

The MPC’s decision was announced a day after South Africa’s latest CPI report was released, showing that inflation was unchanged at 5% year on year in October compared with the previous month.

The interest rate call also came amid far less benign inflation data in advanced economies. Last week, data released by the US Bureau of Labour Statistics showed that inflation stateside surged 6.2% in October from a year ago, marking the fastest annual pace since 1990.

UK inflation also surprised on the upside: on Wednesday, the country’s Office for National Statistics reported that the CPI rose 4.2% in the 12 months to October 2021, up from 3.1% in September. The last time the index breached the 4% mark was in October 2011.

Last month the Bank of England kept rates unchanged. But, like its colleagues across the pond, the central bank now may also face pressure to change tack when it next meets.

Emerging market economies in Latin America and Europe have already started to hike their rates as a buffer against policy normalisation in the US.

In the US, the federal open market committee has already decided to begin reducing its bond purchases, which were ramped up to stimulate the economy as it was being weighed down by the pandemic. The US Federal Reserve said it would keep interest rates on hold until the US economy has reached maximum employment, but the 6.2% inflation surge may change this.

Prior to the announcement, Investec chief economist Annabel Bishop said that, with the US having begun tapering its asset purchase programme, the rand is at risk. South Africa’s slow interest rate hike trajectory, compared with other key emerging markets, will probably result in marked rand weakness, she said.

In the absence of a rate hike, the rand could weaken further and drive up inflation, eroding the Reserve Bank’s efforts to anchor consumer inflation down to 4.5%, Bishop said.

The MPC revised its headline inflation forecast for the fourth quarter up from 5% to 5.3%, which is uncomfortably close to the upper band of the central bank’s target.

‘We don’t have an inflation problem’

Also speaking to the Mail & Guardian before the MPC announcement, First National Bank portfolio manager Wayne McCurrie said there was no need for the Reserve Bank to hike interest rates because “South Africa does not have a major inflation problem”.

“Core inflation is low. Headline consumer inflation is within the target. There is no excess consumer demand. All the inflation that we have is essentially imported inflation: The oil price, commodity prices, services, electricity. It is not directly related to consumer demand,” McCurrie said. But he noted that “we are part of the global community and interest rates are definitely going up in the world”.

“The next move is up,” McCurrie said, adding that if a domestic hike was not announced after the November MPC meeting, it would probably be announced in January.

Speaking to the M&G on Friday, Cosatu parliamentary officer Matthew Parks said the interest hike was “an unnecessary blow to the economy inflicted by the Reserve Bank”.

“The economy is in a deep recession and unemployment has pushed past 44%. Workers, consumers and businesses are struggling with debt and the decision by the Reserve Bank will make it much more expensive,” Parks said.

“Inflation is well within the Reserve Bank’s target of 3% to 6%. So really it was an unnecessary, painful blow to the economy.”

Parks also questioned how the central bank could put a damper on wage inflation when workers were “suffering because of a lack of wage increases”. The MPC flagged escalating wage demands as presenting an upside risk to the domestic inflation forecast.

“So less than half a percent. And if you look in the current environment, it is not interest rates that are the biggest impediment to economic growth. It is things like load-shedding, all these inefficiencies that are in the economy and the lack of the implementation of economic reforms that is impeding confidence in private investors.”

Mhlanga conceded that South Africa does not currently have an inflation problem. But, he noted, higher oil prices and the risks of advanced economies dialling back policy stimulus meant that “we should expect a weakening currency in the coming months or even over the coming years and that is what the [Reserve Bank] is trying to insulate us from”.

Hugo Pienaar, chief economist at the Bureau for Economic Research, said the 25 basis point hike would probably not hit economic growth in a big way. If, in a year, however, the repo rate is hiked by a cumulative 75 or 100 basis points, there will be a material effect on people’s finances, he said.

Pienaar noted that the MPC’s decision was closely split. “Those two members that voted against would have made the arguments that we don’t have an inflation problem, growth is still not great. So there was some scope to hold off.”

But, Pienaar added: “I think what the Reserve Bank is saying is that, for quite some time, they have been flagging the upside risks to inflation. So yes, the baseline forecast is quite benign, but the risk surrounding that has increased.”

An earlier move to hike rates, he said, means the bank will have to make less of a hike further down the line: “We are starting relatively early. If we wait too long and more risks materialise, then the Reserve Bank may be in a position where they have to act more aggressively, which then has more of a negative impact on growth.”

PC has been a solid support system: Adarsh 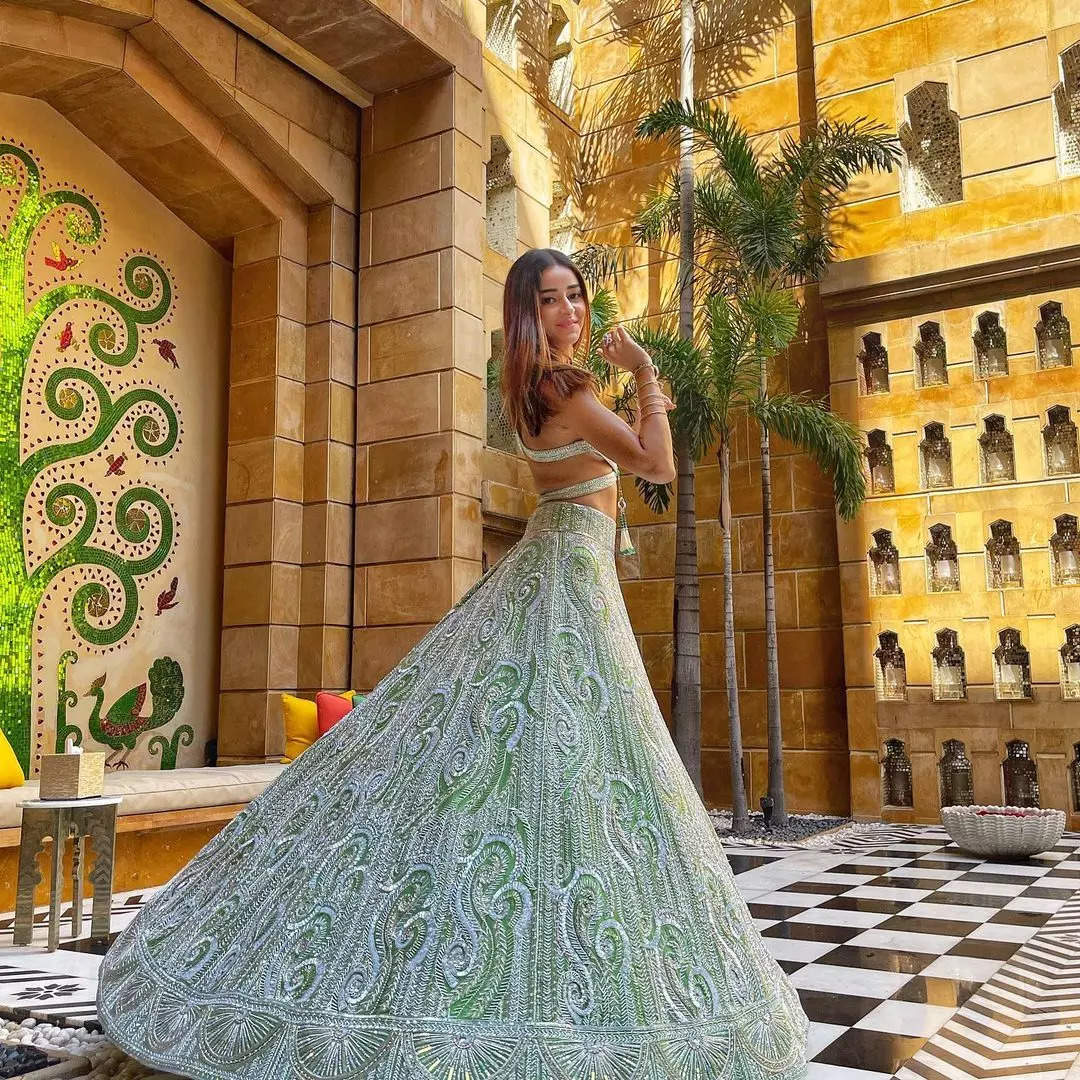