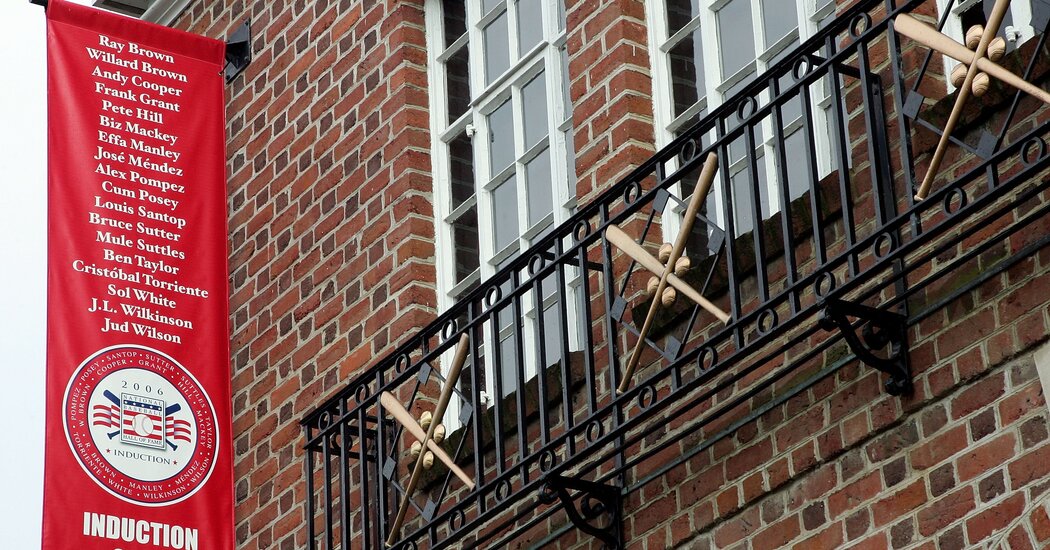 A list of 94 potential inductees was whittled down to 39 by a special screening committee, and in February, 12 of the foremost Black baseball scholars and historians headed to Florida’s Atlantic coast to cast their votes.

They were experts in various subcategories of Black baseball — Latino involvement, teams on the east coast, the pre-Negro leagues era, etc. — and the requirement that they share their expertise ensured that no voter was oblivious to the merits of any individual on the ballot. In addition to receiving dockets of information before their Florida arrival, the committee members discussed the careers of every single candidate during the two-day session.

“My being selected to this committee was, of course, an honor,” said Dr. Adrian Burgos Jr., a history professor at the University of Illinois, Urbana-Champaign and the author of “Playing America’s Game: Baseball, Latinos, and the Color Line.” He added: “We needed folks who were experts on Latinos and the Negro Leagues.”

The committee made significant strides. Seventeen new inductees were elected, representing a watershed moment in both Hall of Fame and Negro leagues history.

Effa Manley, was the owner and business manager of the Newark Eagles who pushed for fair compensation for Negro league players post-integration. She became the first woman to gain enshrinement in the Hall, her achievements a direct reflection of the revolutionary power of Black baseball. Willard Brown was best known as the first Black player to homer in the American League, but he was a far more dominant slugger with the Kansas City Monarchs. And there was Alex Pompez, who rose to fame while running the Cuban Stars and the New York Cubans before becoming the director of international scouting for M.L.B.’s New York Giants. It was an impressive class of inductees, none of whom were alive to enjoy it.

Still, when stories began to break about the 2006 election, the narrative was often less about who got in and more about who didn’t — namely O’Neil, the former Kansas City Monarchs first baseman, as well as Orestes “Minnie” Miñoso, an Afro-Latino member of the New York Cubans who became the first Black player on the Chicago White Sox in 1951.

PM Modi in America: Why India-US bond revolves around these 5 areas