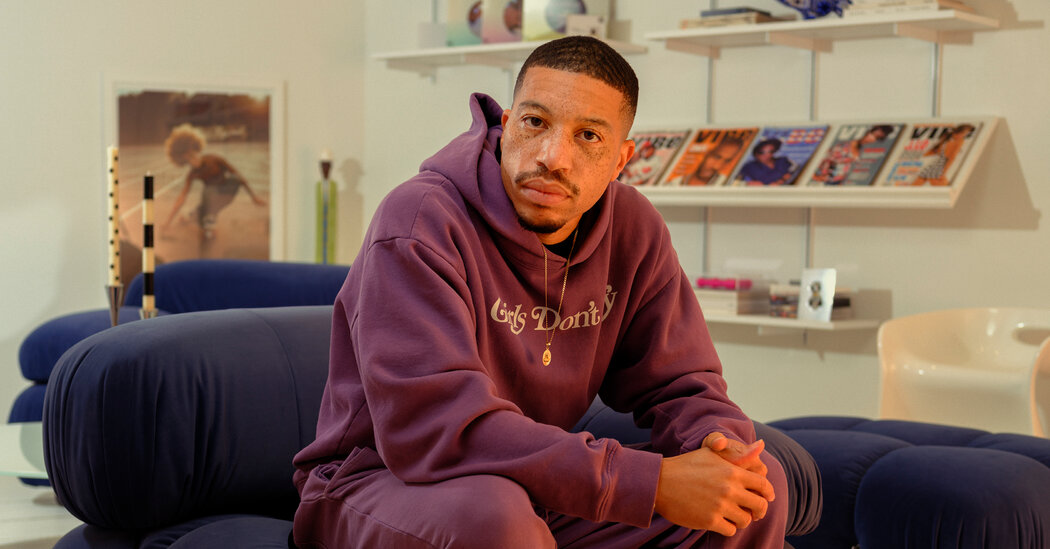 What is the process from idea to physical product?

So it’s like, OK, I really want to do a puddle mirror and then Iva Golubovic [his manager and a co-owner and creative producer of Curves] will be like, ‘I feel you, slow down.’ Then she’ll go and find someone like a manufacturer who can do the thing and just work through it with them, the technical aspect, and then bring in an engineer.

Now we linked up with these guys who are our mill workers and they’re just as passionate as we are. And now we’re going to go full blown into furniture at this point, like bed heads, tables.

Starting to own media, by way of the internet, I didn’t have to go to a library and open up books anymore. But then once my brain felt like the information was too overloaded, that’s when I wanted to dial it back, start being like, remember all the magazines you used to collect? Remember all the tangible data where you could just flip through? I was a liner notes kid, you know what I mean? So I think that that’s getting lost right now, heavily. People’s reference points and their research is very shallow. I have the physical data of history to be able to go back to these magazines and be like, yo, there was a time Foxy Brown [was] in the Calvin Klein ad or Erykah Badu for Gap. I have all of it. The tangible, beyond Tumblr.

Where else do you turn for inspiration?

Old music, old movies, old commercials, old media, but only to reference and not copy. Like, how can I reimagine this thing? Still Tumblr, honestly. Tumblr is like my collection of media in digital form. It doesn’t come with the social aspect of social media. You can just be on there, in your own world, dictating your own tastes, whatever you want to see.

Now Is the Winter of Broadway’s Discontent

The Much-Vaunted American Melting Pot, Cracks and All

A Fascinating Page-Turner Made From an Unlikely Subject: Federal Reserve Policy