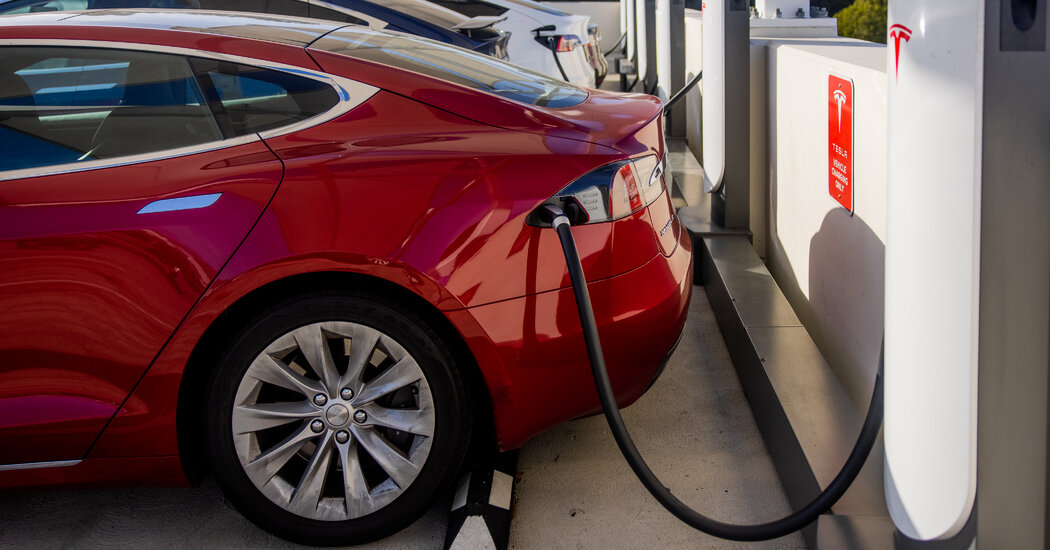 The federal government’s top auto-safety regulator has declined to open a formal investigation into the fire risk in Tesla vehicles with fully charged batteries after finding no relevant incidents in the United States in the last two years.

The regulator, the National Highway Traffic Safety Administration, received a petition in 2019 requesting an investigation following reports of fires in China that started after certain Tesla vehicles had been charged at one of the company’s fast-charging stations.

In documents posted in the Federal Register, the agency said it had found no such incidents in the United States since receiving the petition.

Electric vehicles made by Tesla and other manufacturers have been found to sometimes catch fire if their battery packs have been damaged in accidents. These high-voltage fires generate intense heat and can be difficult to put out.

Safety issues have also arisen where accidents are not involved. General Motors recently recalled all 141,000 Chevrolet Bolt electric cars produced since 2017 because the batteries were at risk of overheating and catching fire as a result of manufacturing defects.

The petition requesting an investigation into Teslas was filed by a California lawyer on behalf of a group of Tesla owners. It came after reports surfaced of three fires in China and sought an investigation covering 255,000 Model S and Model X vehicles produced from 2012 to 2019.

Tesla faces other safety concerns. The agency has opened an investigation of Tesla’s driver-assistance system, Autopilot, to determine whether it has a defect causing it to overlook emergency vehicles on highways. The agency is examining 12 incidents where Teslas using Autopilot have hit police cars, fire trucks or other first-responder vehicles.

Last month, five police officers in Texas filed a lawsuit against Tesla stemming from an incident this year in which a vehicle in Autopilot mode crashed into two police cruisers at a traffic stop.