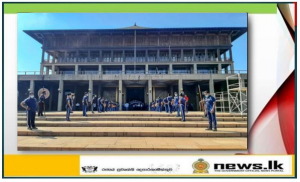 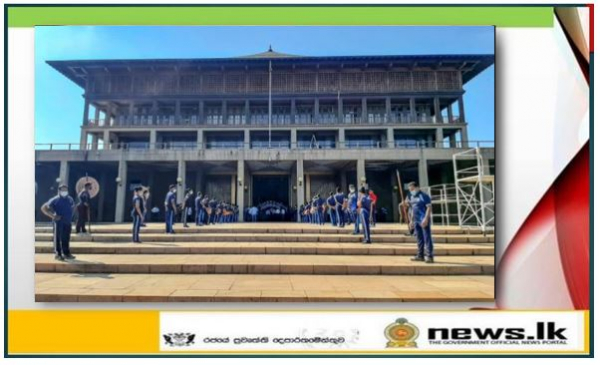 The Secretary General of Parliament Mr. Dhammika Dasanayake stated that the Adjournment debate on the Statement of Government Policy scheduled to be presented by His Excellency the President Gotabaya Rajapaksa on January 18 th , will be held on January 19 th and 20 th .

Accordingly, the Adjournment debate by the Government will be held on January 19 th from 1.00 p. m to 6.00 p. m and January 20 th from 10.00 a. m to 6.00 p. m. The decisions were made at a special meeting held by the Hon. Speaker Mahinda Yapa Abeywardana together with party leaders and Members of Parliament this morning (13) at the Parliament premises, the Secretary General said.

The Secretary General further stated that the Sri Shakysinharama Viharastha Karyasadhaka Sanvidanaya (Incorporation) Bill is scheduled to be moved following Government Business.
Time has been allotted from 4.30 p.m to 4.50 p.m for Questions at the Adjournment Time and from 4.50 p.m to 5.30 p.m time has been allotted for the Motion at the Adjournment Time.

‘Why Was I Born a Girl?’ An Afghan Poem Inspires U.S. Students

Dhanush, Aishwaryaa are staying in the same hotel in Hyderabad