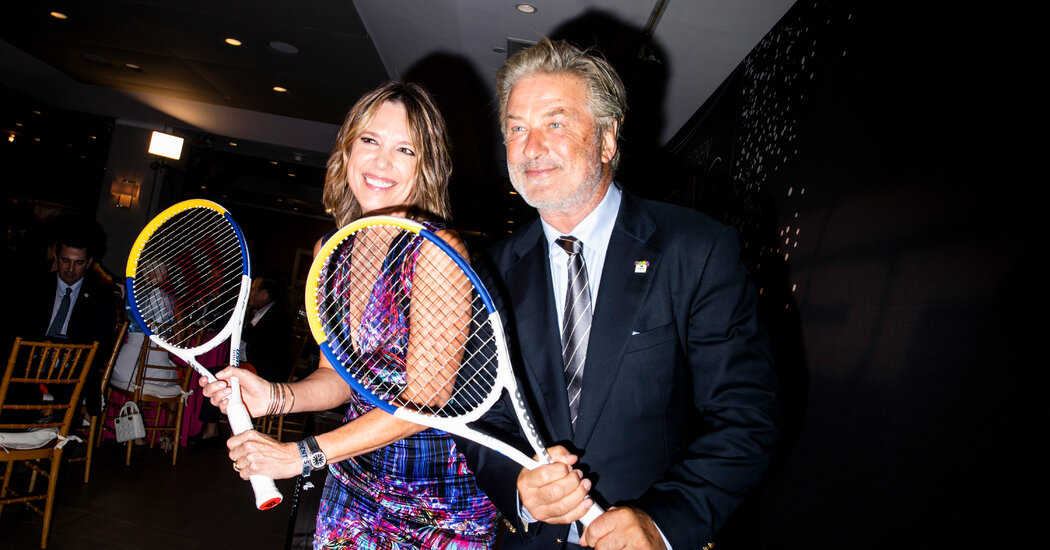 On the first night of the U.S. Open, about 150 philanthropists, tennis royalty and boldfaced fans crowded into the President’s Box at Arthur Ashe Stadium, not only to watch Naomi Osaka play, but also to support the USTA Foundation and its mission to bring tennis to underprivileged youths.

“We’re tennis parents,” said Mike Tyson, the former boxer, whose daughter plays on the tennis circuit. He was joined at the cocktail hour by Anna Wintour, Vera Wang, Gayle King and others. “We love the tennis community.”

As Andy Murray’s daytime match against Stefanos Tsitsipas stretched into a fifth set, attendees gathered for dinner upstairs, where the so-called Original Nine — a clutch of female players who rebelled against the disparity in tennis prize money in 1970 — were honored. “That was the birth of women’s professional tennis,” said Billie Jean King, who was among the nine.

After the plates were cleared, Alec Baldwin and the ESPN anchor Hannah Storm auctioned off a V.I.P. package for the 2022 French Open, including tickets for each day, flights on a private Gulfstream and suites at the Ritz Paris. It went for $250,000.

As night fell, guests took their seats to watch Ms. Osaka triumph, before her third-round loss.

Horsing in the Hamptons

In a traditional send-off to an untraditional social season in the Hamptons, the Hampton Classic Grand Prix took place Sept. 5 in Bridgehampton, N.Y. About 10,000 horse lovers, including Michael Bloomberg, Brooke Shields and Lorraine Bracco, wore their Sunday best (and few masks) to the 60-acre show grounds.

Jeff Probst Is the Ultimate ‘Survivor’

Emmanuel Olunkwa: A Multifaceted Designer Gets a New Platform With Pin-Up Magazine