Neetu Kapoor shared an adorable mirror selfie on Friday to mark the wrap of her upcoming film ‘Jug Jugg Jeeyo’. This is her first professional venture post Rishi Kapoor’s demise in 2020 and the veteran actress expressed gratitude for the special movie. 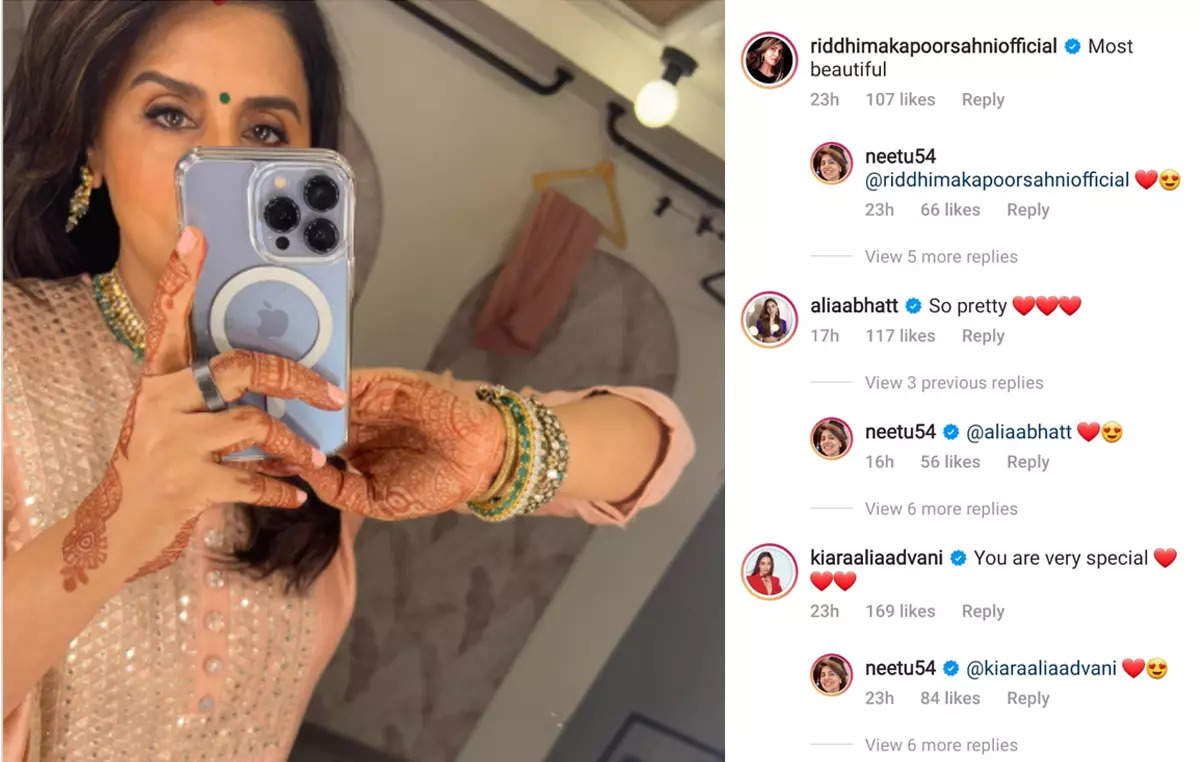 “Finally wrapped #jugjuggjeeyo. Was such a wonderful experience made some lovely friends, gained confidence, which was so needed at that time .. this movie will always be very special,” shared Neetu Kapoor. Showering her with love was Alia Bhatt who commented on the post with hearts and wrote, “So Pretty”. Neetu’s daughter Riddhima Kapoor commented, “Most beautiful” while her co-star in the film Kiara Advani wrote, “You are very special”. Neetu Kapoor also received love from Anil Kapoor, who is featured opposite her in ‘Jug Jugg Jeeyo’.

Penning special note for Neetu Kapoor after the film’s wrap, director Raj Mehta had shared, “I remember my excitement when Karan mentioned your name for Geeta’s part in Jug Jugg Jeeyo! When I met you for the first time, I knew there wasn’t going to be anyone better. You are, and have always been an epitome of grace and strength for many fans all over, including myself. Like I’ve said many times before, it’s been an absolute privilege to get to direct you. On your wrap for the film, just wanted to thank you for being a part of this piece of my heart and always being a sport! Big hug ma’am!”
‘Jug Jugg Jeeyo’ stars Varun Dhawan, Kiara Advani, Neetu Kapoor and Anil Kapoor in the lead.