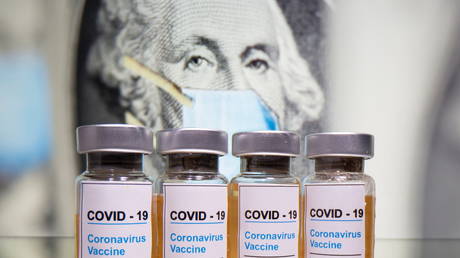 US citizens are wealthier 20 months after the Covid-19 pandemic than they were before, President Joe Biden has insisted, as many in the country check their pockets and find them still empty.

The president praised his economic leadership during a press conference on Tuesday, declaring the US was the only country whose residents could count themselves richer than they had been before the pandemic. However, while the Federal Reserve may have printed up a (digital) storm of new money to keep the economy afloat, ordinary Americans haven’t seen much of it.

Biden says people have more money than before the pandemic “even after accounting for inflation,” and attributes it to vaccines. pic.twitter.com/6nx5afGERW

“America’s the only major economy, the only one in the world, where the economy is bigger today, and families have more money in their pockets today, than before the pandemic hit,” Biden boasted during a Monday press conference, adding that his calculations already took inflation into account.

Not only could “none of our competitors internationally […] say that,” the president continued, but it was a “testament to the effectiveness of the vaccines and our vaccination effort,” as well as “a testament to the economic policies we’ve fought so hard to pass.” 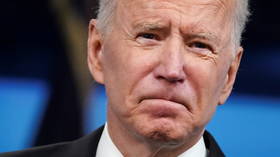 While government responses to the Covid-19 pandemic have indeed sent some people’s wealth soaring skyward, much of that growth – a whopping $2.1 trillion – has gone to the billionaires. Tesla tycoon and world’s richest man Elon Musk alone made $209 billion as of October. However, some 89 million ordinary Americans have lost their jobs.

Meanwhile, income inequality continues to swell to preposterous levels – anything but closing the massive gap that already yawned between rich and poor in 2019. Data shows the poor have stayed poor, and the middle-class are rapidly joining them at the bottom of the income ladder.

While Biden might have tried to appear sanguine regarding inflation, that monetary force continues to send the price of consumer goods skyward, and most of the federal unemployment benefits that kept out-of-work Americans comfortable during the first year of the pandemic have evaporated, meaning Americans now need to find a job and pay their rent or find themselves out in the cold.