Tirupati: Ahead of chairing the 29th meeting of the Southern Zonal Council in the temple city of Tirupati on Sunday, Union Home Minister Amit Shah offered worship at the ancient shrine of Lord Venkateswara at Tirumala here tonight. 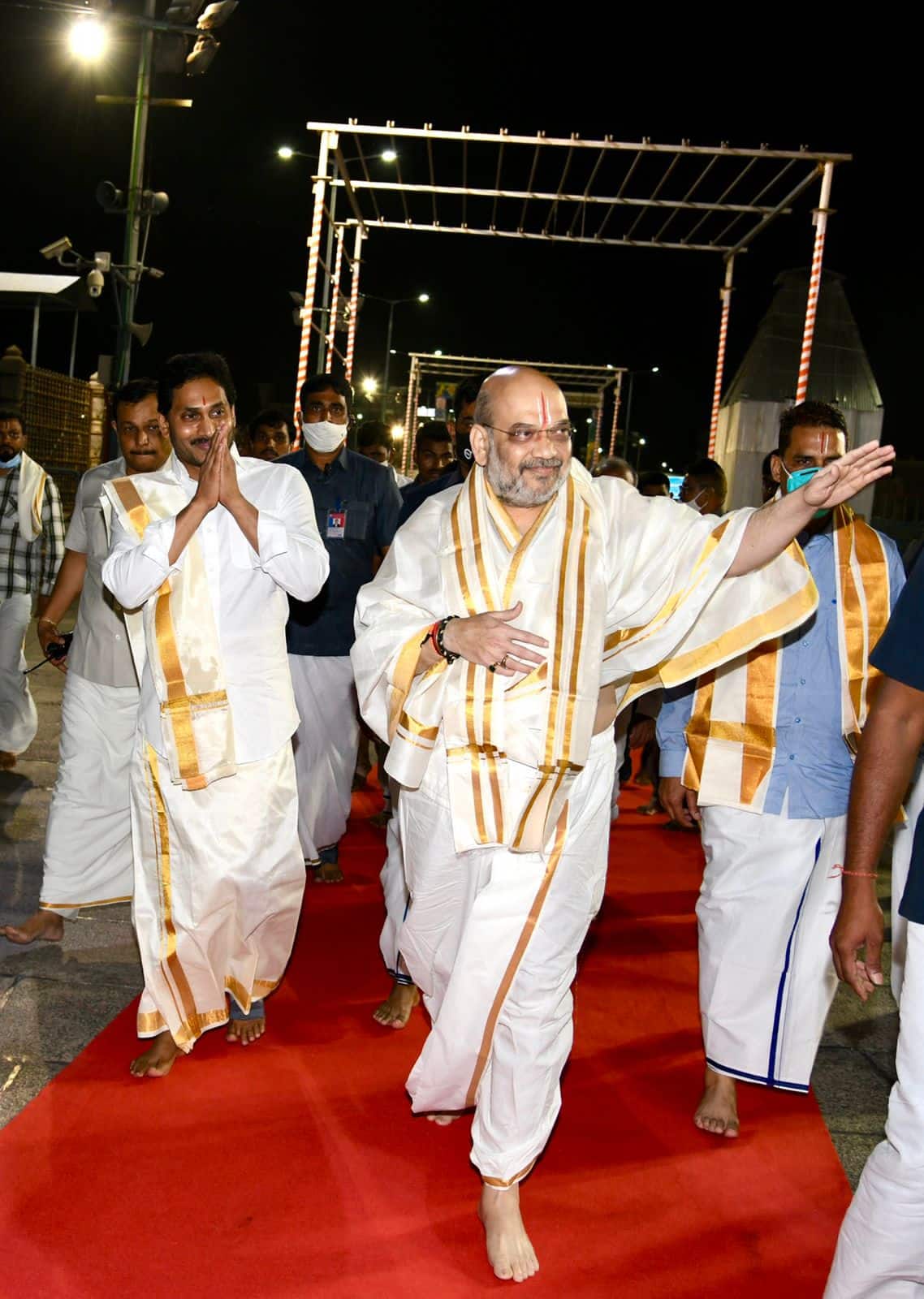 On arrival, the union minister, clad in traditional attire, was accorded a warm reception by top officials of the Tirumala Tirupati Devasthanams (TTD) that governs the over two millennia old shrine, the official said.

Before leaving, Amit Shah was bestowed blessings by Vedic priests amid chanting of hymns, while TTD Board Chairman YV Subba Reddy and Executive Officer KS Jawahar Reddy honoured him by presenting a sacred silk cloth of the Lord and a holy portrait, the official said. 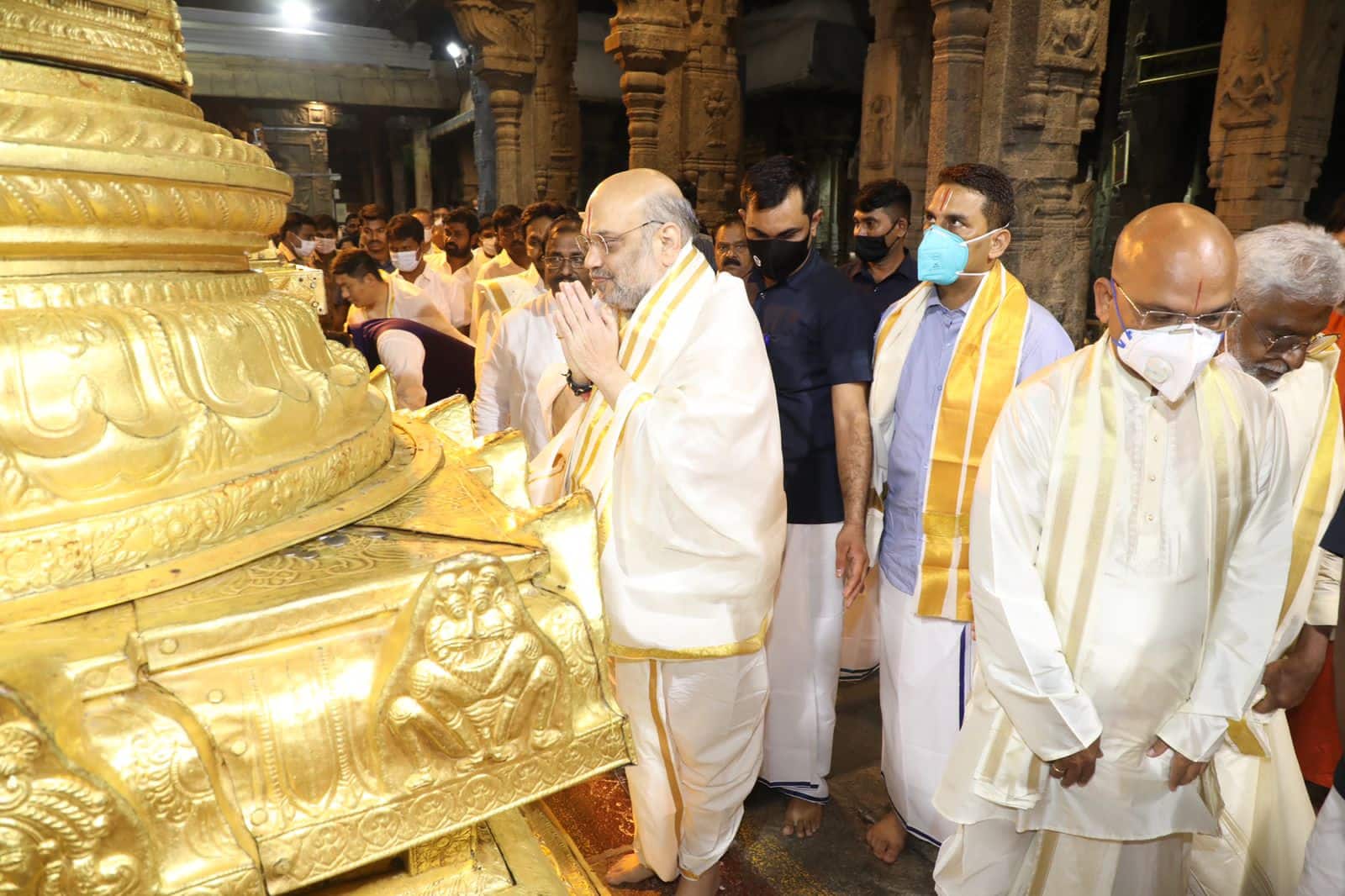 After landing at the airport here, Shah straightaway left for the nearby Tirumala Hills by road to seek the divine grace at the sacred shrine, amid tight security, the official said.

After offering prayers on the sacred Seven Hills, Shah immediately left for the Taj hotel in Tirupati, where the Southern Zonal Council meeting will take place on Sunday, a senior government official said.