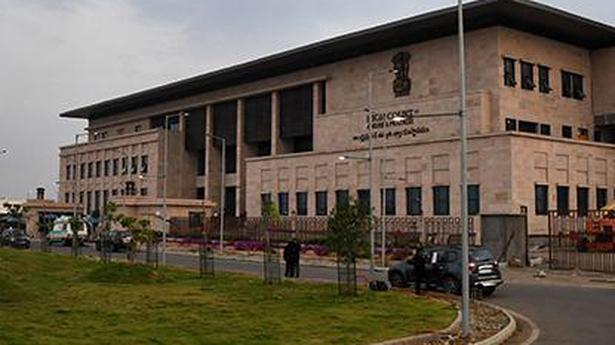 Plea for recusal of two judges turned down.

A division Bench (DB) of the Andhra Pradesh (A.P.) High Court headed by Chief Justice (CJ) Prashant Kumar Mishra and comprising Justices M. Satyanarayana Murthy and D. V. S. S. Somayajulu began a fresh hearing of the batch of writ petitions that challenged the A. P. Decentralisation and Inclusive Development of All Regions and CRDA Repeal Acts of 2020, on Monday after a gap of nearly three months.

Presenting the arguments on behalf of Amaravati Parirakshana Samithi, senior advocate Shyam Divan said what is supposed to be a ‘throbbing capital’ had been completely emasculated in terms of the lost value of the reconstituted plots.

He observed that there would be a cyclical change of governments but the State remains constant, implying that such controversial proposals as the ‘three capitals’ would have serious consequences for the entire country as at stake was the fundamental issue of governance which ought to be a continuous process, and the constitutional assurances on the basis of which Amaravati farmers took an informed decision to give their arable lands for the construction of the capital city of Andhra Pradesh.

Mr. Divan pointed out that the Land Pooling Scheme was at the core of the entire issue and the court should appreciate the fact that nearly 30,000 families have given their lands by volition for the development of Amaravati and have since no sustainable means of livelihood. Due to the abrupt halting of development in the capital region, the value of plots have crashed.

Basically, tenders for various projects worth approximately ₹42,000 crore were finalised, projects costing ₹42,600 and odd crore were grounded and works amounting to ₹5,600 crore had been completed. The Central government provided ₹2,500 crore for the development of infrastructure in Amaravati. Apart from that, there were several tie-ups with national and international organisations for transforming Amaravati into a greenfield capital of global standards.

After all this, the government could not simply change its mind and carry on what was essentially a premeditated exercise to divide the capital into three parts purportedly for legislative, executive and judicial functions as if nothing had happened so far, Mr. Divan asserted.

Initially, appearing for the State, senior advocate Dushyant Dave made a plea for recusal of Justices Satyanarayana Murthy and Somayajulu on the ground that they have pecuniary interest in the cases by virtue of having allotted plots in Amaravati but the CJ rejected it by insisting that a request to that effect was turned down by a DB earlier and the non-recusal was not challenged then.

However, Chief Justice Mishra said he would examine the plea for recusal of the two judges at the time of giving the final judgement. The matter was first represented by Sarath Kumar, a former government pleader of Telangana, who wanted to be heard before the agenda item was taken up, but to no avail.

Sealed cover procedure began much before my tenure: ex-CJI Gogoi

When Vicky’s father worked with Katrina

Sealed cover procedure began much before my tenure: ex-CJI Gogoi