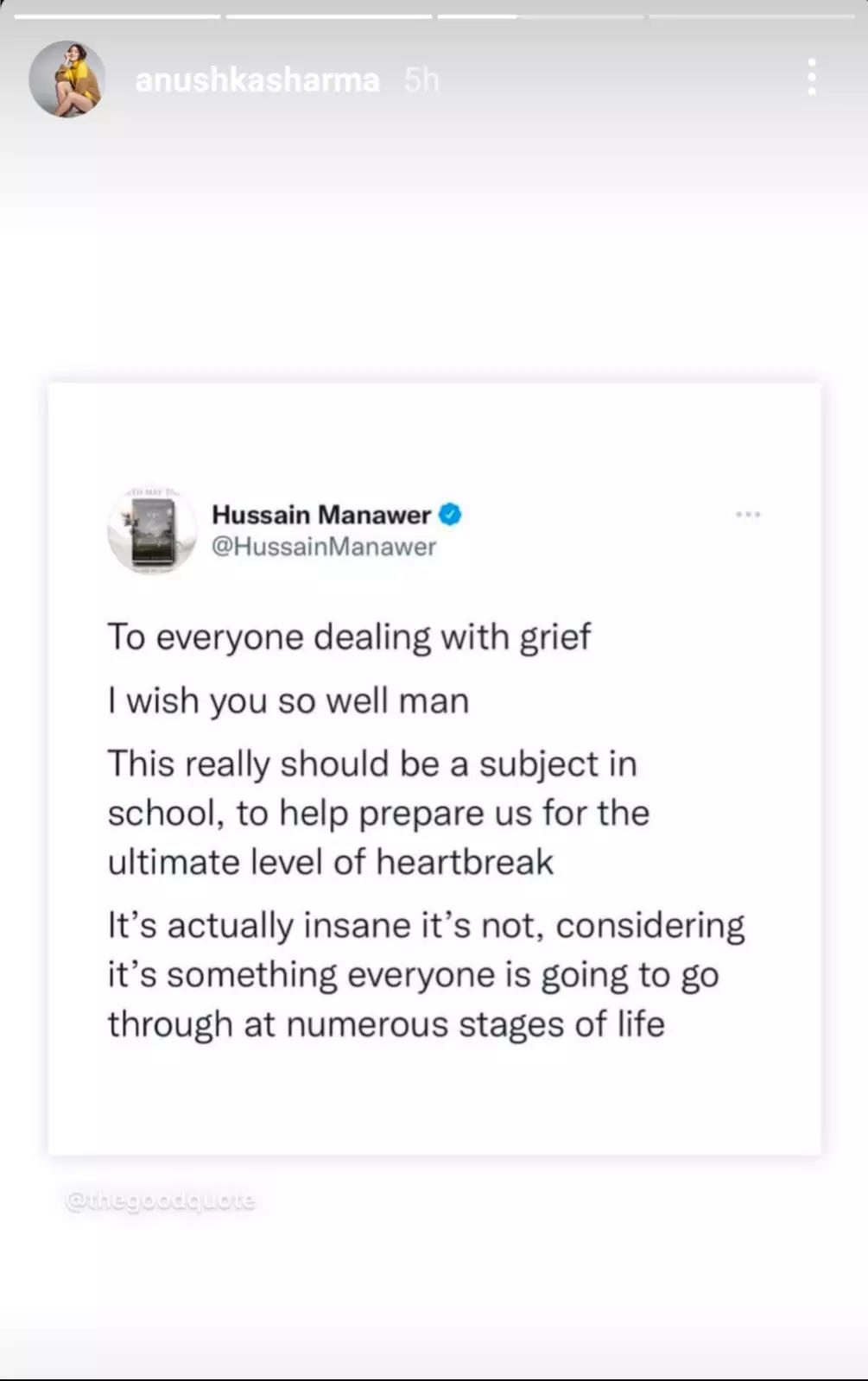 Apart from sharing pictures and videos of herself and her loved ones with her fans on social media, Anushka Sharma often shares some thought-provoking posts that make you ponder.
The actress recently shared a post for ‘everyone dealing with grief’ and it is sure to make you think.

It read, ‘To everyone dealing with grief I wish you so well man This really should be a subject in school, to help prepare us for the ultimate level of heartbreak It’s actually insane it’s not, considering it’s something everyone is going to go through at numerous stages of life.’
Anushka embraced motherhood earlier this year after she gave birth to her baby girl Vamika. Although both Anushka and her husband, Virat Kohli have kept their daughter away from the glares of the media, they are often seen sharing glimpses of their angel with their fans on Instagram.

Meanwhile, on the work front, Anushka was last seen in Aanand L Rai’s ‘Zero’. It also starred Shah Rukh Khan and Katrina Kaif in the lead role. The movie was released in 2018 and had received mixed reviews from the audience and the critics alike.

While Anushka has been churning out projects as a producer, she is yet to announce her next as an actor. There are various reports doing the rounds in the media with respect to her next film. However, the actress has not confirmed any of them.