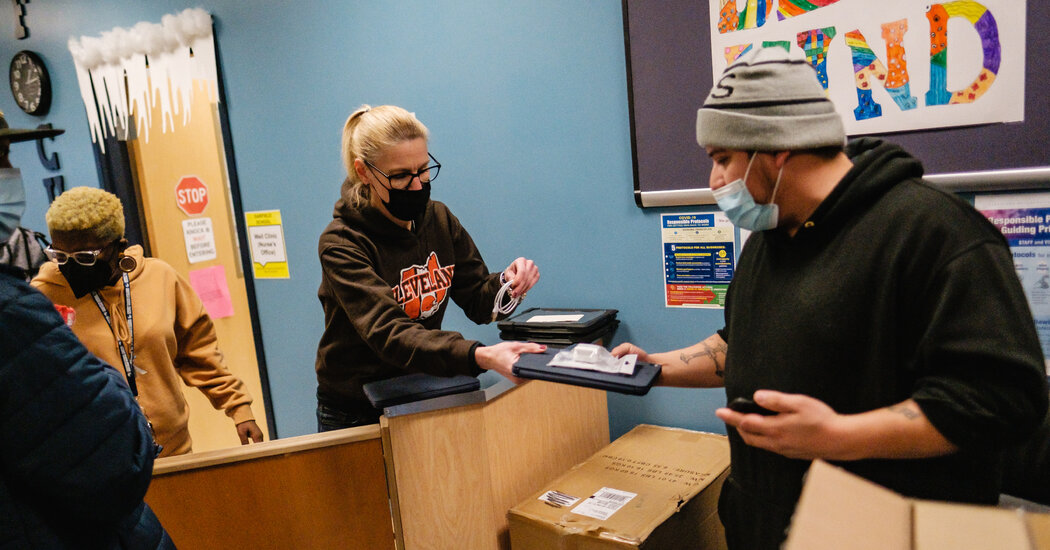 And although politicians, including Mayor Eric Adams of New York and Gov. Ron DeSantis of Florida, promised to keep schools open, there were growing fears from parents and educators that more districts would soon turn to remote learning — even though in-school transmission of Covid has been limited.

Those decisions could radiate through the country, affecting child care, employment and any confidence that the pandemic’s viselike grip was loosening.

Some families were given just a few days or even hours of notice about school closures, leading to the all-too-familiar pandemic scramble to adjust child-care arrangements and work schedules. Atlanta Public Schools, for instance, announced on Saturday that classes would be online for the first week of January, just days after saying that classes would be held in person.

In Philadelphia, the school district emphasized its commitment to in-person learning throughout the day on Monday, as the local teachers union urged a seven-day pause on reopening, citing hundreds of positive cases among its 13,000 members. But at 7:30 p.m., the district announced that 77 schools, roughly a third of district-operated schools, would shift to virtual learning at least through Friday “due to Covid-related staffing challenges.”

“We spent all of the day and over the weekend, looking at the data coming in of teachers or staff, who were either waiting on test results or waiting to get tested,” Monica M. Lewis, a spokeswoman for the district, said on Tuesday, adding, “and it was just pretty clear that staff were either positive, or exposed and needed to be isolated and things of that nature, where we just did not have the sufficient staffing on hand at some of these schools, to have students come in person today.”

‘Now There Is No One’: The Lament of One of the Last Christians in a Syrian City