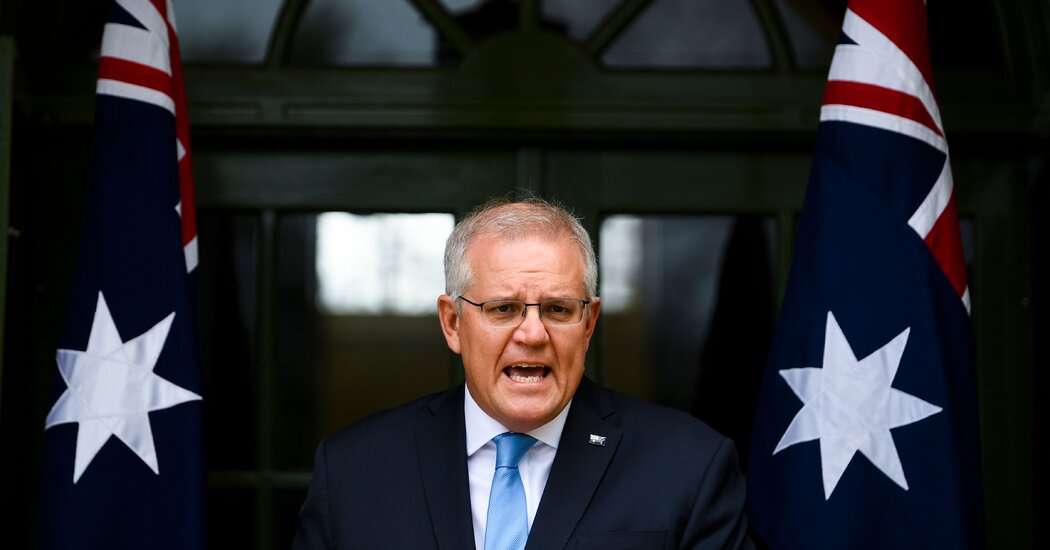 Australia and New Zealand moved closer on Tuesday to fully reopening their economies in the coming months, with leaders in both countries outlining steps to allow people vaccinated against the coronavirus to move more freely.

Prime Minister Scott Morrison said that Australia could allow vaccinated foreign tourists to enter the country in 2022 at the earliest, even as it prioritizes travel by its own inoculated citizens and permanent residents.

Skilled migrants and students who are vaccinated would then be allowed in, he said in an interview on Channel Seven, reaffirming plans announced in recent days.

“We will get to international visitors as well — I believe next year,” Mr. Morrison said. “The priority is Australians.”

The prime minister’s comments were the firmest assurances of when the island nation may reopen to the world, having closed its borders in March 2020. Millions of Australians have since endured lengthy lockdowns and strict border policies during the course of the pandemic.

Mr. Morrison said on Friday that an international travel ban would be lifted by mid-November as national vaccination rates continue to rise. As of Tuesday, 67 percent of Australians had received a first vaccine dose and 46 percent were fully vaccinated, according to figures compiled from government sources by the Our World in Data project at the University of Oxford.

In neighboring New Zealand, Prime Minister Jacinda Ardern said on Tuesday that people would be required to use a national vaccine certificate to get into “high-risk settings” like summer music festivals.

The certificate, which is expected to be introduced in November, will be a document that people can show in a digital form or download and print out.

New Zealand’s government is still finalizing where certificates will be used beyond large-scale events, though restaurants and bars are one possibility, Ms. Ardern said at a news conference. They will not be required for shopping in supermarkets or receiving health care, she added.

Ms. Ardern urged people in the country to get vaccinated before the passes became a requirement. “It’s one of the best ways we can ensure that summer plans can go ahead uninterrupted,” she said. “It will help us to keep people safe.”

“To be fully vaccinated and fully protected and enjoy the things you love,” she added, “you need to be vaccinated — this month, not in December.”

The plan follows in the footsteps of countries like France and Israel, which have used similar passes to manage access to cafes, restaurants and other services.

New Zealand also said this week that because of an outbreak of the Delta variant in Auckland that has proved impossible to suppress, the country would move away from a zero-Covid plan that has allowed residents to live with few restrictions throughout the pandemic.

As of Monday, nearly 80 percent of people age 12 and up in New Zealand had received one Covid vaccine dose and about 48 percent had received two doses.