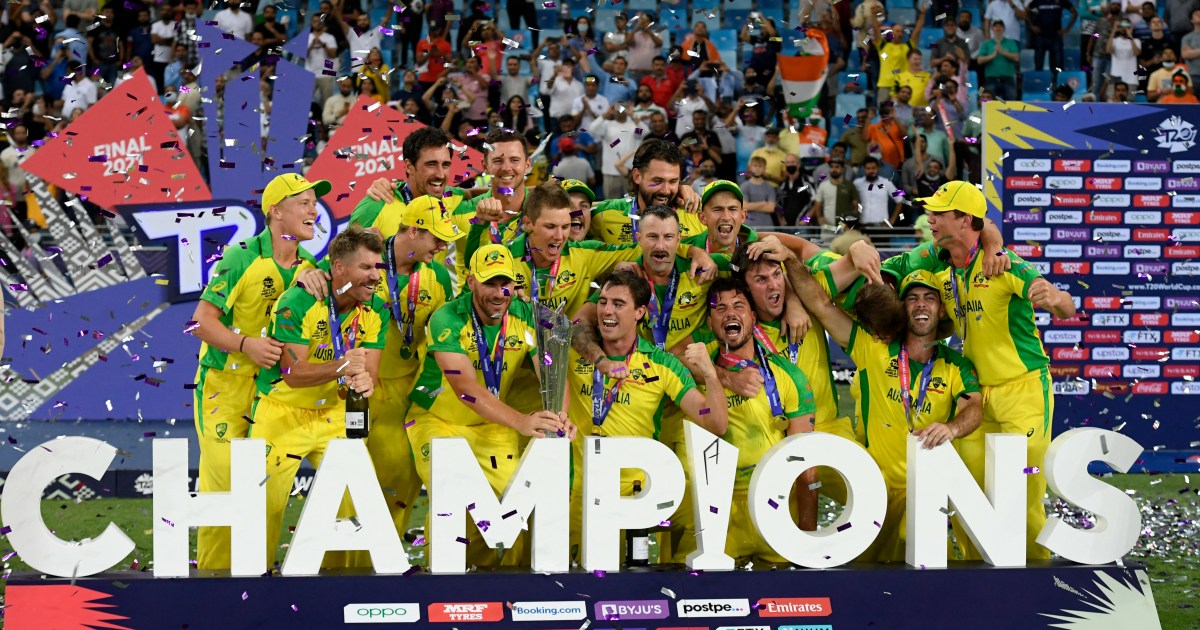 New Zealand lose yet another final after Australia’s power-packed batting lineup chase down 172.

Needing 173 after opting to field, Australia, five-time 50-overs World Champions, lost captain Aaron Finch early once again but Warner and Marsh came together for a 92-run second-wicket partnership to take their side close to glory in Dubai on Sunday.

Warner was dismissed by a returning Trent Boult but Marsh combined with Glenn Maxwell to take Australia past the finish line and for Finch to win the only global cricket title that had eluded Australia.

Earlier, New Zealand captain Kane Williamson scored a 48-ball 85 to take his side to 172 which ended up not being enough for Australia’s power-packed batting lineup that made it six out of six while chasing in this year’s tournament.

“It felt like a lot of people wrote us off but we spoke about being the first team to do this for Australia and it feels really special.”

“We love each other, I’m so proud of this team,” said Marcus Stoinis. “You won’t find bigger supporters of Mitch Marsh than us and his family.”

A healthy crowd – comprising a number of Indian and Pakistan supporters who had bought tickets hoping their teams would be in the final – was treated to an array of boundaries in both innings as the bat dominated proceedings once again.

Williamson, dropped on 21, hit 10 fours and three sixes, but did not find enough support from the other end to take New Zealand to a competitive total.

Maxwell, who made 28, joined Marsh and put on 66 runs and hit the winning boundary as the Australian team came charging in to celebrate the triumph.