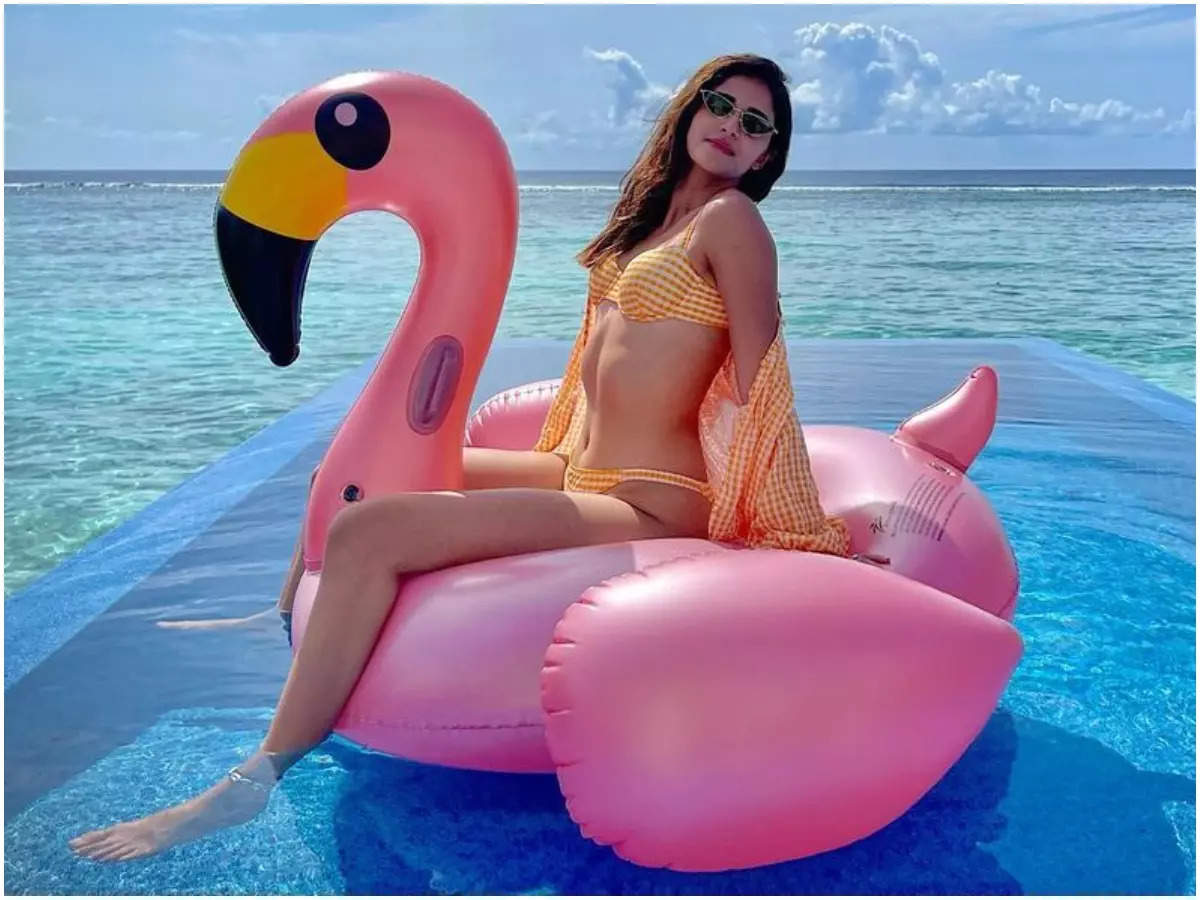 With film shoots resuming full steam, some of B-Town’s leading ladies took off time for a quick vacay. From mountains and beaches to rustic locales, they explored various destinations. Their envy-worthy pictures on social media sure make you want to book your tickets, pack your bags and take off. Here’s where they have spent their travel time recently:
Ananya keeps it colourful during her vacay

Ananya Panday took a break from her work to be by the azure waters of the Maldives. Last year, she had visited the destination with rumoured boyfriend Ishaan Khatter, who seemed to be missing in action this time around. But, if her social media posts are anything to go by, that didn’t stop Ananya from having a great time. The actress shared a picture on social media that had her sporting chequered beachwear and striking a pose. 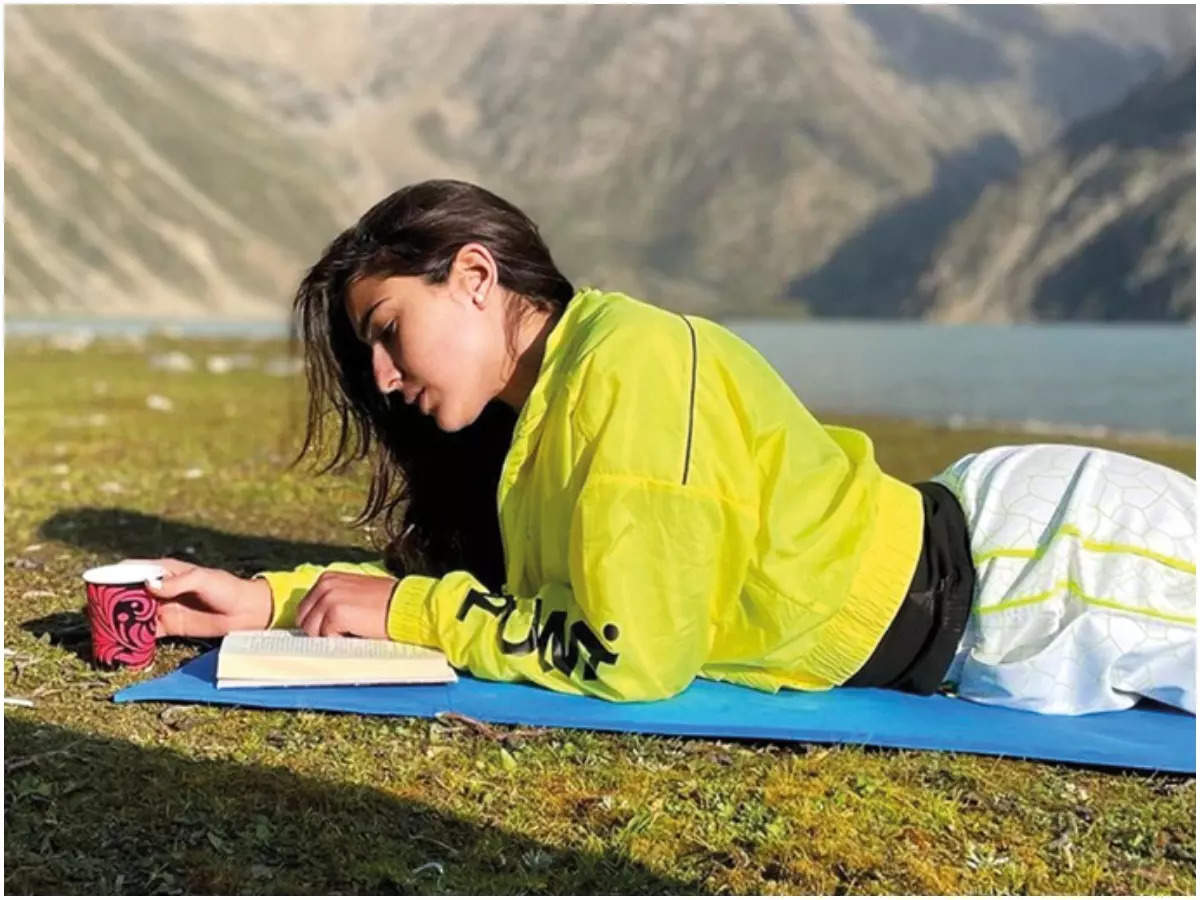 Sara Ali Khan visited more than one destination in the last few months. The actress has been sharing pictures from her time in Kashmir, Maldives and Ladakh. Her recent social media uploads have her spending some days in Kashmir. She spent time with her fans, offered prayers and even went camping during her outing.
Parineeti’s travel diaries 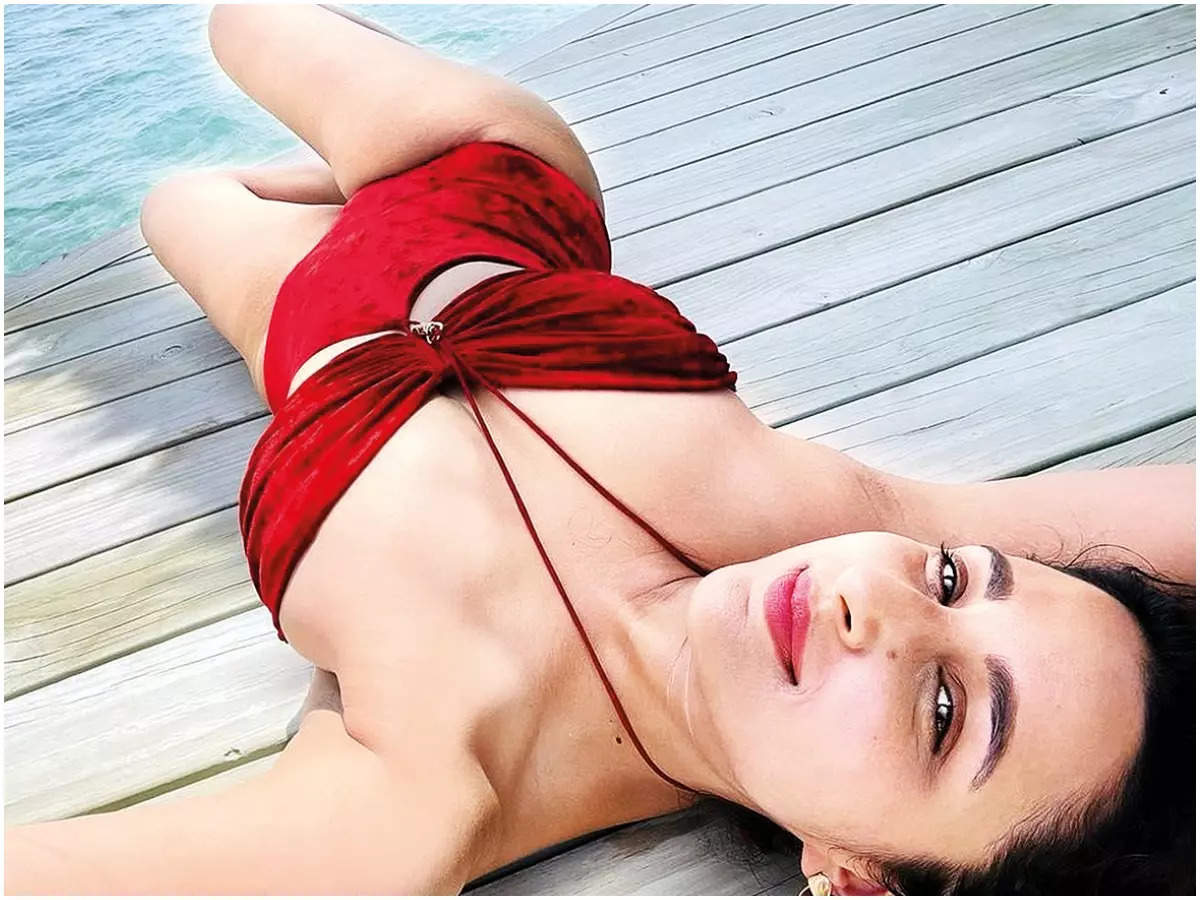 Parineeti Chopra returned to India for a short while before she took off to the Maldives with her family. Earlier this year, she spent many months away from her home. The actress visited Turkey, Austria and spent some time in London, too. Fans got an update of her whereabouts thanks to her social media posts. This time around, Parineeti and her brother Shivang are trying their hand at underwater diving. As for her vacay wear, the actress has opted for some bright clothes for her time under the sun. 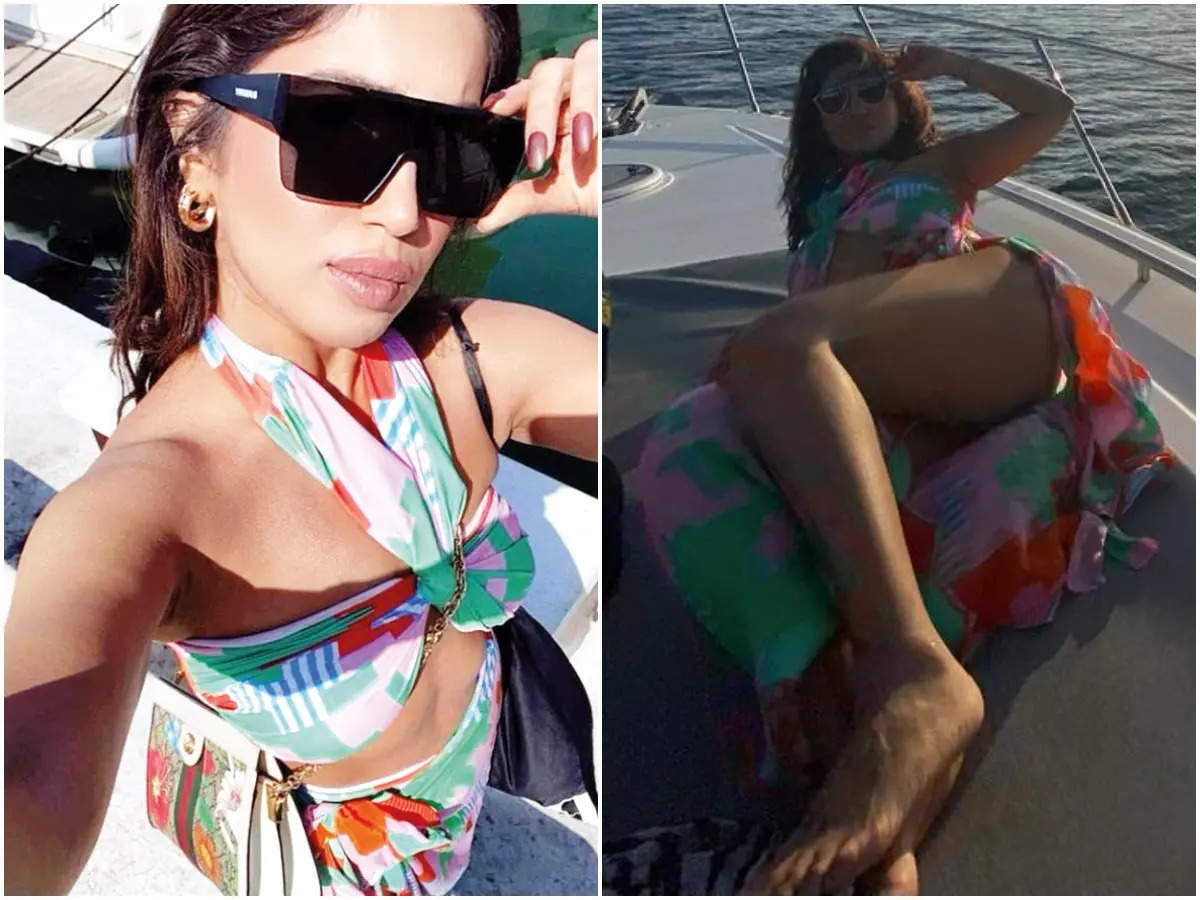 Bhumi Pednekar was accompanied by her sister Samiksha for her vacation in Spain. But before heading there, the two girls checked out Budapest, Hungary. The actress gave a glimpse of her vacay wardrobe, which included a lot of beachwear before she took off. And judging by her pictures at Marbella, Spain, they sure spent a lot of time by the sea.

Radhika heads to the mountains 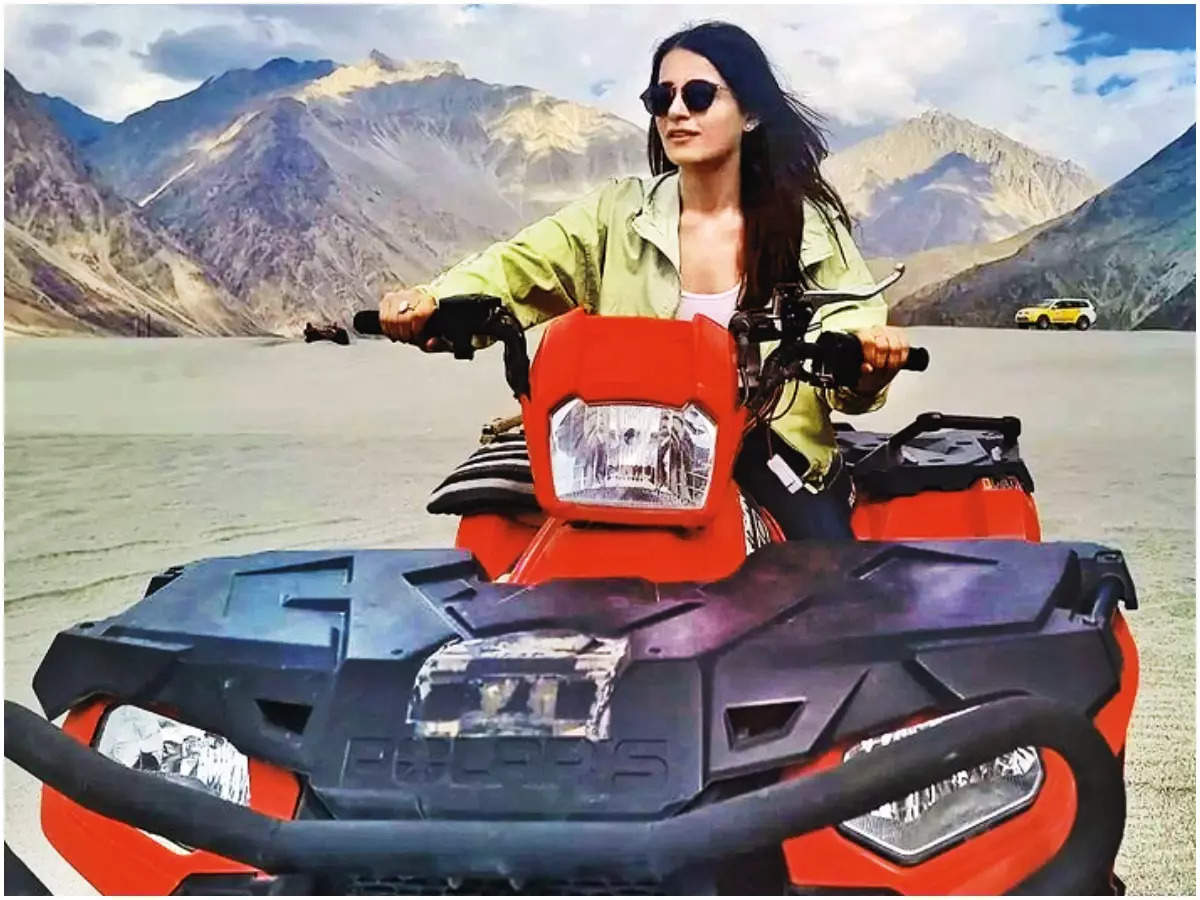 Radhika Madan shared some gorgeous pictures from the picturesque locales of Ladakh. She was joined by Sara Ali Khan and singer Jasleen Royal for the trip. From the serene Thiksey Monastery to the charming Pangong lakeside, they made maximum use of their time and experienced a bit of everything that the destination has to offer. For a shot of adrenaline, she even tried quad-biking at Nubra Valley. 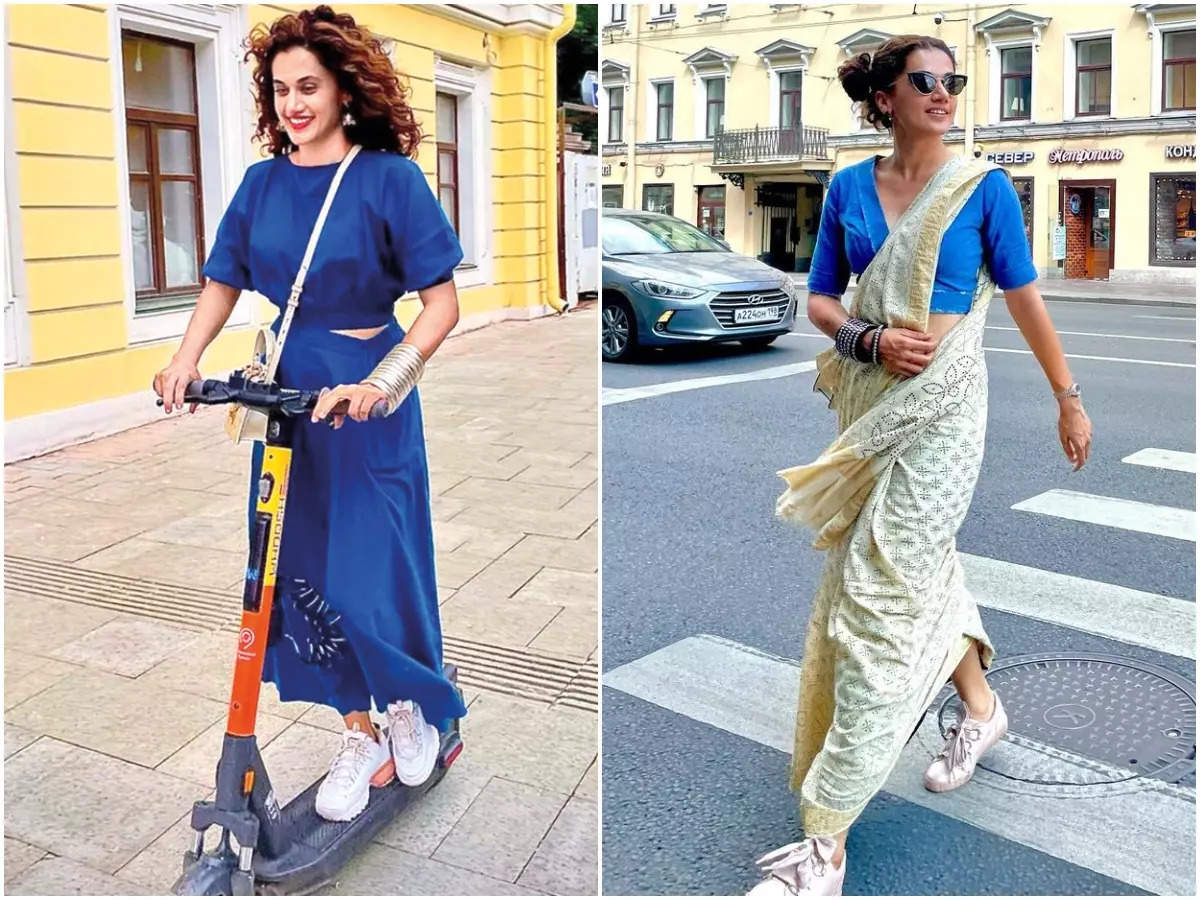 Taapsee Pannu travelled through various cities in Russia during her vacation there between two film schedules. The actress had her sister Shagun keeping her company during her holiday. Besides heading to the regular touristy places, she went for a ride in a hot air balloon and navigated the streets of Moscow on an electric scooter. Her vacation wardrobe included a mix of outfits ranging from denims and shorts to pretty dresses and even a sari.