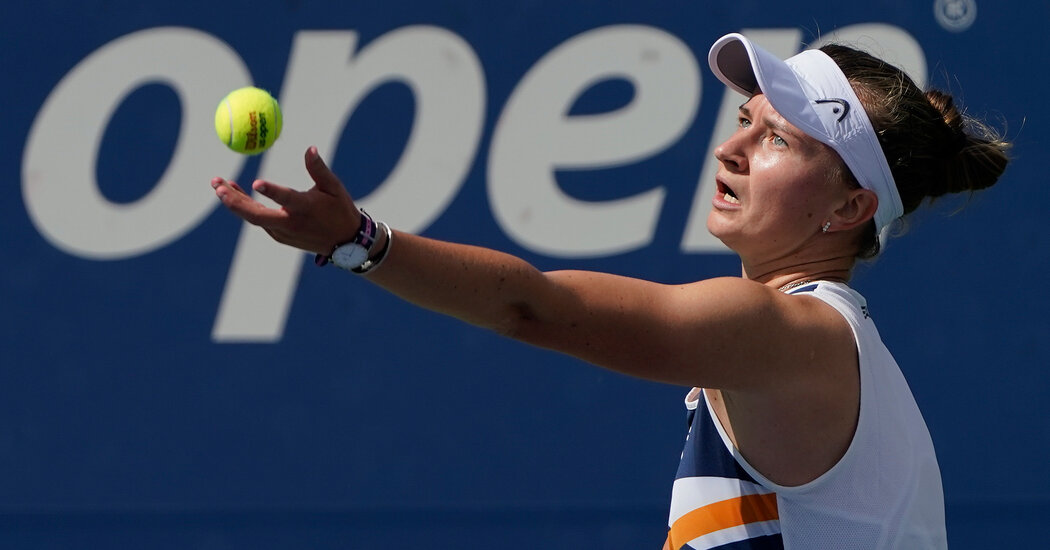 Simona Halep, who first played against Krejcikova five years ago when she was ranked 200th, said she had always recognized a strong drive in Krejcikova, on top of her quick hands and stable demeanor. “She’s a great player, and I think she deserves to be there,” Halep said. “Every time I saw her in the gym and on the court, she was working super hard. Yeah, credit to her.”

Krejcikova said she isn’t sure what kept her from reaching her goals sooner, but said that she wanted to enjoy every moment now.

“I’m just really happy I’m here,” she said. “Playing the smaller tournaments, it’s not the same. Being here, playing Grand Slams, playing WTAs, being able to play on a big stage, on a big court, you cannot really describe it. You have that feeling in your stomach when you step on a court and you’re very nervous and you don’t know what to expect. You just want to play your best tennis, and you don’t know if you’re going to play your best tennis or not.

“Then the first point starts, and for me time stops, and I’m just there. I’m just enjoying the moment, and I think during that moment it’s where I’m playing my best tennis. I just want to get to this mood, to this point. I just want to fight for every single point in every single match, because it took me so long to get here, and who knows how long I’m going to be here? You never really know, so I want to take every chance that I get.”

Krejcikova, who is ranked second in the WTA year-to-date rankings behind Barty, said her next goal is to be considered worthy of the sport’s largest stages: the main courts and marquee sessions at Grand Slam tournaments.

She said that despite her impressive results, she does not feel like a star attraction.

“Right now I don’t feel that even after all that I did, and all that’s happening, I still don’t feel that T.V. wants to see me or the tournaments want to see me,” she said. “I don’t know why; it doesn’t really matter. I just want to get to that point where I’m going to play my first round on a huge court, and there will be people who want to see me.

“I’ll want them to be entertained, and to do the best show for them. I’m not at this point yet. My motivation is not winning or losing; my motivation is to get to this stage.”

IPL 2021: All playoffs possibilities for the 8 teams in 10 points

Media day arrives in the NBA ahead of new season