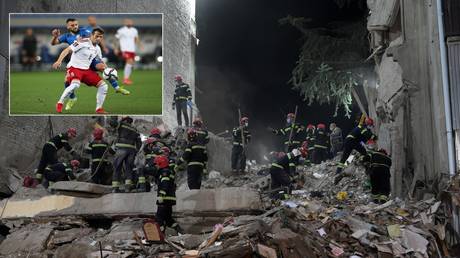 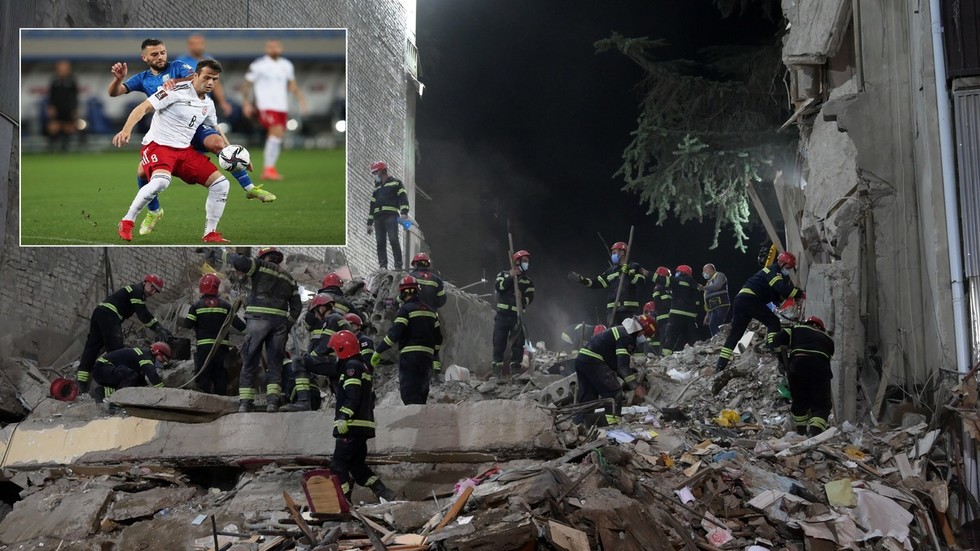 Georgia will play their World Cup qualifier against Greece without a crowd in Batumi on Saturday, following the collapse of a building in the city where as many as 15 people are feared to be buried beneath the rubble.

Rescue efforts are ongoing in Georgia’s second city after the nation’s Interior Ministry said on Friday that the total number of victims of the incident was still being determined.

A child was pulled alive from beneath the debris but others are still feared trapped or deceased after a large part of a five-story residential structure collapsed.

Also on rt.com WATCH: Crowds of rescuers cheer as child is lifted out from under concrete slab in rubble of collapsed Georgian apartment building

In the wake of the tragedy, the Georgian Football Federation said it had tried to get the Group B qualifying match against Greece at the 20,000-seater Batumi Arena postponed – but that the football authorities rejected the request.

“The Georgian Football Federation (GFF) expresses its sorrow over the tragedy in Batumi. We offer our condolences to the families of the deceased, to the city of Batumi and to Georgia as a whole,” read a statement on the GFF website.

“The Georgian Football Federation has sent an official letter to FIFA and UEFA, the organizers of the match, regarding the postponement of the qualifying round match of the 2022 World Cup scheduled for October 9,” it added.

“The governing bodies of world and European football did not comply with our request to postpone the match.

“Due to the tragedy in Batumi, the match will start with a minute of silence. The players will compete with black armband.”

🎗 We express our grief and offer our deepest condolences to the families and friends of those who have died in Batumi. ⚫️ A minute’s silence will be observed before tonight’s game. ❌ Fans will not be permitted entry to the stadium for tonight’s game. We shall refund tickets. pic.twitter.com/nJUIKkoPux

The message continued: “The Interagency Coordinating Council declared the decision of October 5 to allow 33% of the stadium capacity for the match invalid and the match will unfortunately be held without spectators.

“Fans who purchase a ticket to attend the match will be fully reimbursed for the ticket fee.

“We once again extend our condolences to the family of each deceased and to the whole of Georgia,” concluded the message.

Also on rt.com Rescuers at scene after residential building collapses in Georgia’s Batumi, reports of people under rubble, including children

The match will be played amid a somber backdrop of broader mourning in Georgia, although the nation’s football team will continue with their qualifying campaign for the 2022 World Cup in Qatar.

Competing in a group alongside Spain, Sweden, Greece, and Kosovo, Georgia find themselves bottom of the standings and with just one point from their five games and with their hopes of qualifying all but over.

They did, however, hold Greece to a 1-1 draw when the two teams met in Thessaloniki back in March.