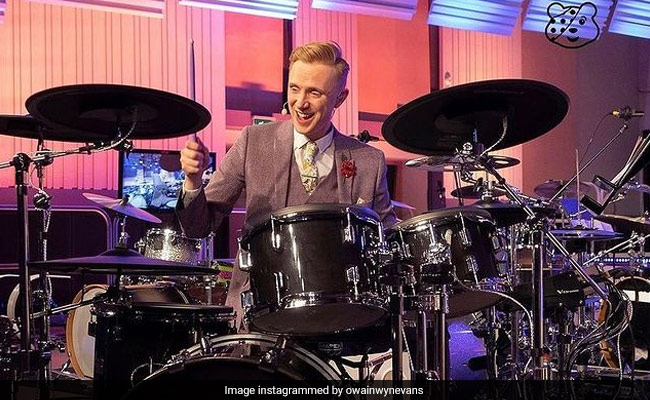 BBC weatherman Owain Wyn Evans has raised over 3 million pounds for Children In Need after taking on a challenge to drum non-stop for 24 hours. The Welsh BBC weatherman gained viral fame at the beginning of the lockdown last year, when a video of him drumming along to the broadcaster’s theme song was widely shared on social media.

According to Metro News, 37-year-old Mr Evans began the challenge on the BBC Breakfast show on Friday morning and completed it on Saturday. He was joined by 50 other drummers throughout the challenge, including comedian Al Murray, musician Harry Judd and the Royal Marine drumming band.

The weatherman chose Britney Spears’ One More Time as the finale for his 24-hour drumathon to celebrate the end of the pop star’s 13-year conservatorship.

“I can’t believe that we’ve done it” an emotional Mr Evans said after completing the challenge.

“The money is going to change lives,” he said in an interview with BBC Breakfast on Monday. Thanking everyone who donated to the cause, he said: “Thank you to everyone who has donated… wherever you are, wherever you live, there will be children and young people who benefit from this.”

Show your support at https://t.co/gh0W5jM8bzpic.twitter.com/9Ehr5MorQw

Owain Wyn Evans’ drumathon raised 3,062,418 pounds in total. The funds will go to BBC Children In Need, which funds over 3,900 charities across the UK.

During the fundraiser, the weatherman drummed almost non-stop, pausing only for short breaks and for medical attention required after constant playing.

“Surprisingly my hands have held up OK but we’ve had some problems with my arms because they’ve been moving for 24 hours,” he said after the event. “Thank you so much to everyone who has put your hands in your pocket and donated, BBC Children In Need helps causes which are really close to my heart.”

Sara Tendulkar Made Her Modelling Debut For This Clothing Brand

Headlines From China: Who’s In (and Out) at China’s Major Theater Chains