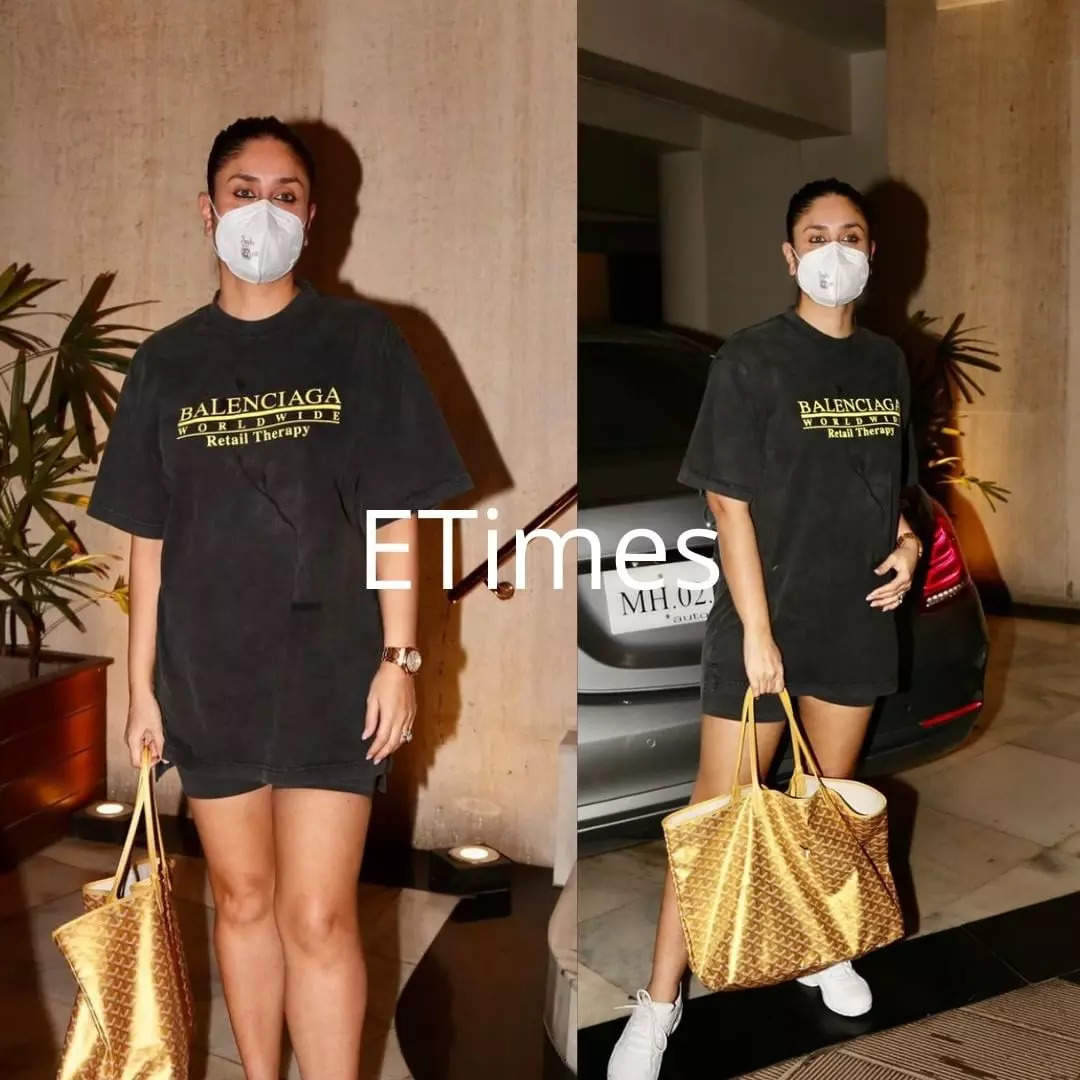 Kareena Kapoor Khan is known for her impeccable fashion sense. Recently, the actress visited her friend Manish Malhotra. The actress was snapped outside his residence.
Bebo wore biker shorts and an oversized tee for the casual evening outing. She paired it with a pair of classic white sneakers. Her hair was tied in a neat ponytail. She even carried a large tote golden bag and wore a tan brown watch. The actress posed for the shutterbugs.

Check out her photos here:

Pic: Gaurav Kolge
In December, Kareena had tested positive for COVID-19. Her spokesperson had revealed that she got infected at a dinner outing.

Recently, the actress took to her social media handle to share a happy photo of herself relishing a croissant. Along with the picture, she wrote, “It was supposed to be an eat healthy first Monday of the year and blah blah but…it’s a croissant so just go for it …♥️#do what your heart desires…#its 2022 #make the most of it…❤️🥐”

Meanwhile, on the work front, she is a part of ‘Laal Singh Chaddha’ starring Aamir Khan. The film will be released in April 2022. The film will also have a cameo with Shah Rukh Khan and Salman Khan. Bebo also has Hansal Mehta’s next and Karan Johar’s ‘Takht’ in her kitty.