Amitabh Bachchan’s birthday is nothing less than a festival for his fans. It also creates a media frenzy every year with portals and platforms curating memories, trivia, revisiting his massive body of work and the seminal moments in his glorious career. The megastar himself likes to spend time with loved ones away from the public gaze and avoids cake cutting and any kind of fanfare.
This year, however, he broke away from tradition to start the day with his friend and producer Anand Pandit and even cut a cake that was brought especially for him.

Check out the pictures here: 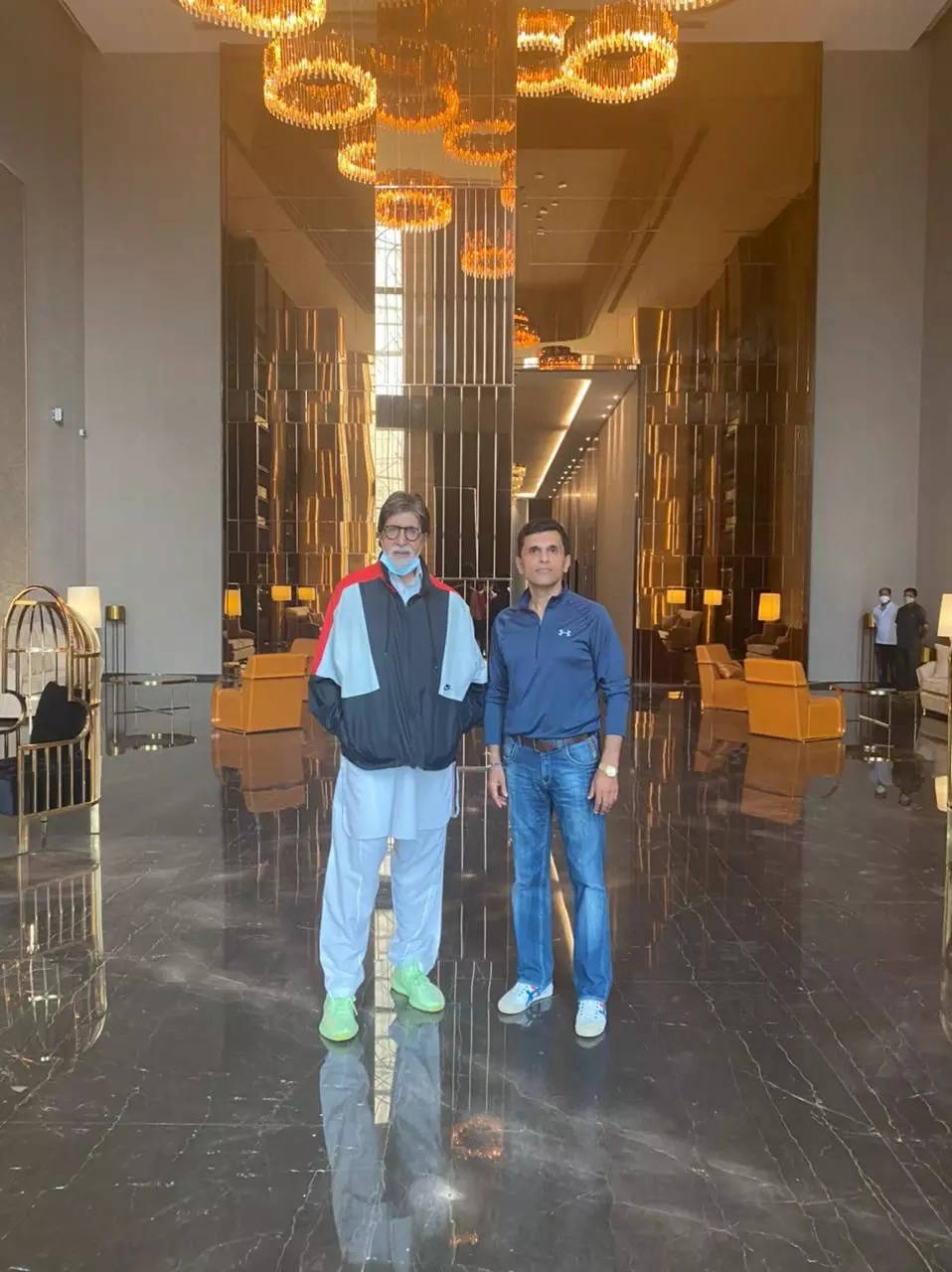 Pandit who recently produced ‘Chehre‘ starring Big B and Emran Hashmi was also celebrating the rousing reception of the film and said, “It is tough to gift Amitji anything that can do justice to his stature but the success of ‘Chehre’ has made him very happy and that gives me even more joy. The fact that the reception the film has received from fans all over the world, coincides with his birthday is just serendipitous and in a way a perfect gift for him.”

The producer was also surprised when the superstar agreed to cut a cake to mark the occasion and said, “Usually, he likes to light a lamp to mark this special day but this time, he cut the cake seeing the eagerness of the team. Being the kind of person that he is, I think he didn’t want to disappoint him. He realised the team wanted to thank him for being a part of ‘Chehre’ and our lives.”

Directed by Rumy Jafry, ‘Chehre’ also featured actors like Rhea Chakraborty, Annu Kapoor, Krystle D’Souza and others in key roles. The film received mixed reviews from the audience and the critics alike.