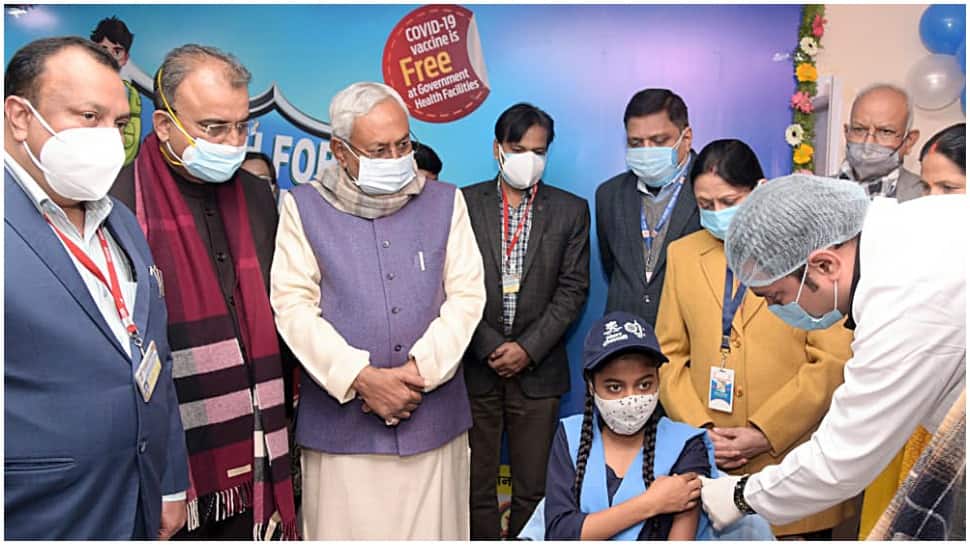 Patna: Seven persons – six of them citizens of Bihar who came here to meet Chief Minister Nitish Kumar on Monday (January 3) at a public interaction programme and were at the same premises have tested positive for COVID 19.

The chief minister told reporters after the programme that a staff member involved in catering arrangements tested positive for coronavirus and hinted that the state might go in for restrictive measures to contain the spread of the disease.

“It is a matter of concern, indicative of the incredible rate at which the number of cases is rising”, Kumar said.
All those who visit the chief minister’s secretariat every Monday for his outreach programme ‘Janata Ke Durbar Mein Mukhyamantri’ undergo the mandatory tests.

The VVIP establishment went into a tizzy when the reports of the swab sample tests came in.

“The existing guidelines will remain in force till January 5. But tomorrow when officials will meet to review the situation they will definitely take into consideration the sudden rise and come out with orders accordingly”, Kumar said.

He iterated that he will visit Gaya on Tuesday (January 4) as part of his ‘Samaj Sudhar Abhiyan’ and decision will be taken about events scheduled thereafter in due course.

Asked whether he was of the view that assembly polls in five states, including in neighbouring Uttar Pradesh, ought to be deferred in view of the fresh wave, Kumar said “It is for the states concerned to decide. Though if we go by precedents, Kerala went to polls while reporting high number of daily cases. Bihar too was not in a very good shape when elections were held here”.

Kerala state election was held in April 2021 and in Bihar it was held in October-November 2020, Assembly poll is due in Goa, Punjab, Manipur and Uttarakhand, besides Uttar Pradesh between February to March in 2022.