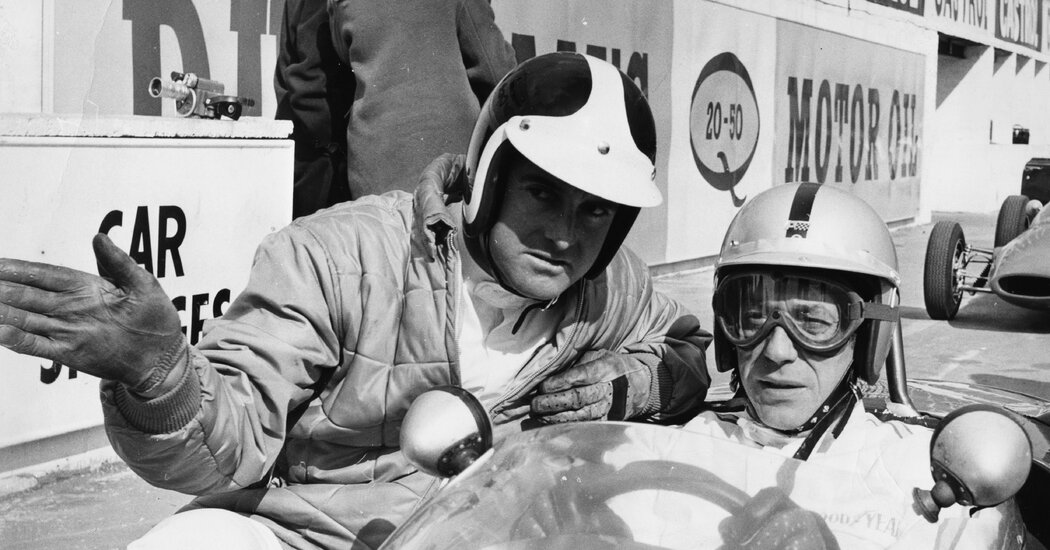 Robert Lewis Bondurant was born on April 27, 1933, in Chicago to John and Ruth (Williams) Bondurant. His mother was a homemaker, and his father was a luxury car dealer who sold his business during the Depression and moved the family from Evanston, Ill., to the Westwood Village neighborhood of Los Angeles, making his living selling surgical instruments.

His parents divorced when Bob was 12; four years later his mother died.

“My dad took me to Gilmore Stadium when I was 7 to watch the races, and that got me interested in racing,” Mr. Bondurant told Motor Trend magazine in 2012.

He drag-raced, began racing motorcycles at 18, moved on to sports cars — a British Morgan Plus 4, a Triumph TR2 — then drove a 1957 fuel-injected Corvette in his stunningly successful 1959 season, which earned him the title of Best Corvette Driver of the year. He kept winning in Corvettes into 1963.

After studying business, he graduated from Woodbury College in Los Angeles in the early 1960s.

Driving for the Shelby American team, Mr. Bondurant raced Cobras in the United States and Europe; in addition to the Le Mans triumph in 1964, he helped Shelby and Ford win the prestigious World Manufacturers’ GT Championships the next year.

After his interlude with Ferrari, Mr. Bondurant leaped to the Canadian-American Challenge Cup circuit — better known as Can-Am — in cars that went even faster than those in Formula 1. His 1967 accident came at the Can-Am race at Watkins Glen. He was driving his McLaren Mark II at 150 m.p.h. when his steering arm broke, causing the car to flip multiple times.

After recovering, he continued to race occasionally, the last time in 2012. But his focus was on his school, which his wife said had taught more than 500,000 people over 50 years, including professional racecar drivers, celebrities, military officers, F.B.I. and C.I.A. agents, Navy Seals, and teenagers learning safe-driving skills, usually at the request of their parents.

Audi A4 Base Variant Launched In India; Priced At Rs. 39.99 Lakh