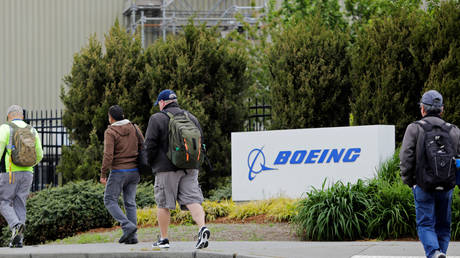 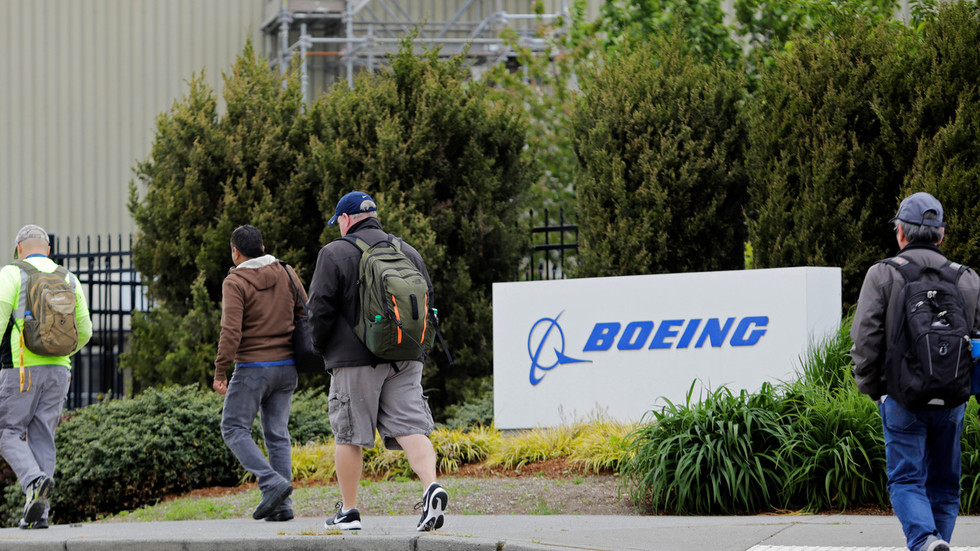 Aerospace giant Boeing has declared that all of its American employees must show they’ve been vaccinated against Covid-19 by early December, saying the move is required under a White House vaccine mandate for federal contractors.

“Boeing is requiring its US-based employees to either show proof of vaccination or have an approved reasonable accommodation (based on a disability or sincerely held religious belief) by Dec. 8,” the company said in a statement to media outlets on Tuesday, adding the decision is to “ensure compliance with President [Joe] Biden’s executive order for federal contractors.”

Also on rt.com Boeing improves its jet demand forecast, but next 10 years still expected to be below pre-pandemic levels

The firm, which employs more than 140,000 people in the US, first announced the move to industry unions earlier on Tuesday, union officials told the Wall Street Journal. It follows similar decisions by fellow aerospace firms and defense contractors, such as Raytheon, which mandated vaccinations for its 125,000 US-based workers by January 1, 2022 as a condition to work for the company.

The Biden administration issued an executive order on September 9 requiring that federal contractors comply with a series of Covid protocols, including vaccinations, part of a broader pandemic response plan rolled out the same day. The plan also required any company with more than 100 employees to mandate immunizations for workers, or else compel them to regularly test for the virus, though the testing exemption apparently does not apply under the rules for contractors.

With the airline industry as a whole already rocked by the global pandemic, companies appear to have been further impacted by the vaccine orders, with Southwest Airlines reportedly seeing hundreds of flights canceled or delayed amid rumors that staff weren’t showing up to work in protest of the mandate. A major pilots union, as well as the company’s CEO, have denied those claims, insisting there was no worker walk-out and that the vaccine requirement had “zero” connection with the spate of canceled flights. A company spokesperson pinned the problems on “bad weather” and unspecified “issues” with air traffic control.

The White House, for its part, called the issues at Southwest a “little hubbub,” and argued that any notion the administration’s mandate had created chaos at the airline was “absolutely false.” To the contrary, Biden’s press secretary Jen Psaki stated the mandates were, in fact, “good for the economy,” though declined to elaborate on that claim.