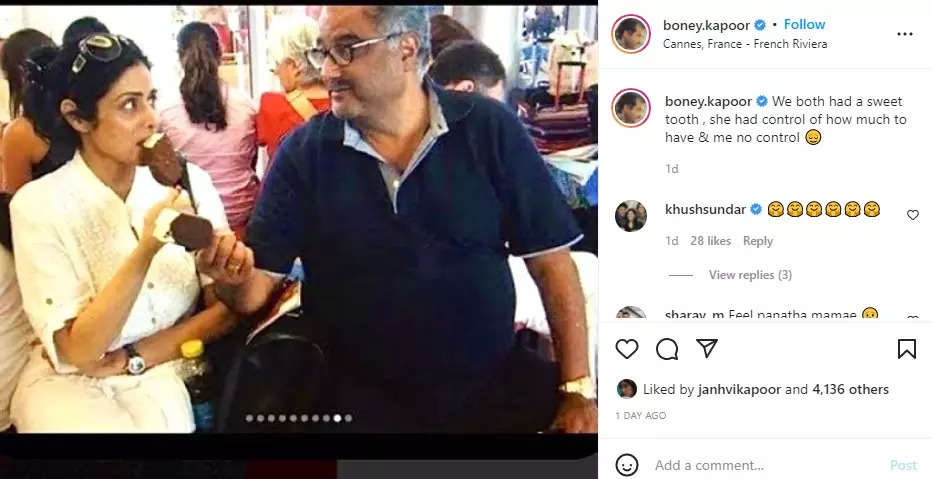 Boney Kapoor took to his Instagram handle to share a lovely throwback picture of him with his late wife Sridevi where they are seen gorging on ice-creams.
Check out the photo here:

In the picture, Sridevi is seen looking stunning as ever in her all-white outfit, while Boney is seen donning a blue t-shirt. He captioned it, ‘We both had a sweet tooth , she had control of how much to have & me no control.’

As soon as the producer shared the photo with his followers, comments started pouring in from all sides. While some wrote how much they missed the gorgeous actress, one wrote, ‘She lives forever in everyone’s heart’.

Sridevi died of accidental drowning in February 2018 at the age of 54. She is survived by her husband Boney Kapoor and daughter Janhvi and Khushi Kapoor.

Meanwhile on the work front, Boney will be seen acting in a film as a full-fledged actor for the first time. He will be seen in Luv Ranjan’s untitled next with Ranbir Kapoor and Shraddha Kapoor in the lead roles. The film will also star Dimple Kapadia in a key role.