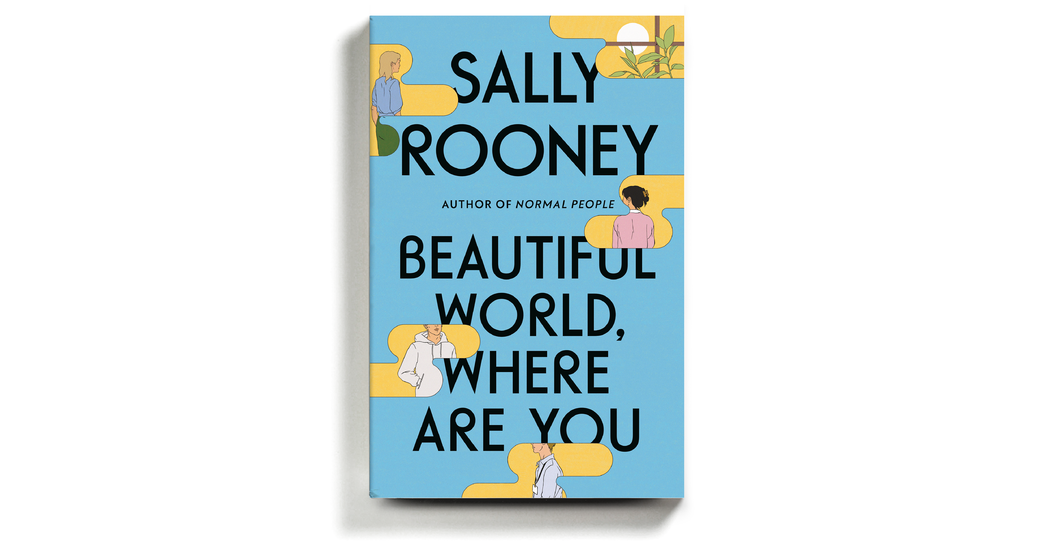 In a novelist’s hands, as in real life, technology is what one makes of it. It’s difficult to sell “actual lol” as a brutally emotional and telling line, but Rooney does, capping off a testy text exchange between Eileen and her sister.

Rooney’s people are reflective of their time and milieu — like most convincing characters — and it’s true that some of their qualities will be perplexing to those north of 40. One of these qualities is a generalized concern more earnest and unremitting than any radicalism in living memory. They can’t walk into a convenience store without thinking of “the culmination of all the labor in the world, all the burning of fossil fuels and all the backbreaking work on coffee farms and sugar plantations.”

Rooney is by all accounts plenty earnest herself, but she has the necessary gift of complicating that — even poking fun at it — in her work. In one scene, as the group is about to enter a party to meet Felix’s friends, he turns to everyone and says: “Now just be normal, all right? Don’t go in there talking about, like, world politics” and stuff like that. “People will think you’re freaks.”

In all three of her novels, Rooney writes directly, convincingly, hotly about sex. These scenes arrive with such well-timed frequency that “erotica” doesn’t seem an unfair subcategory for the books. Much of the power in these scenes — and the talkier ones — arises from their riskiness. Impassioned, intellectual 20-somethings discussing their vexed feelings for one another is a road made mostly of potholes. Rooney avoids almost all of them. The fact that her characters speak and feel the way they do while rarely making the reader feel embarrassed for them is an achievement. It’s an uncomfortable line to toe, but Rooney succeeds by standing so close to it.

In the 1997 essay “The End of the Novel of Love,” Vivian Gornick persuasively argued that love as a theme no longer had the ability to undergird fiction. This was, in part, because there were fewer complications to it, not as many obstacles to people loving (or stopping loving) however and whomever they wanted. But for Rooney’s characters, that’s the complication. They live in the rubble of love’s conventions and much else. Referring to an article she read about the Late Bronze Age, Eileen wonders if the world isn’t again on the brink of a “general systems collapse.”

“Traditional marriage was obviously not fit for purpose,” Alice writes to Eileen, “but at least it was an effort at something, and not just a sad sterile foreclosure on the possibility of life.” Alice and company don’t feel there’s anything they need to be or should be doing romance-wise, which makes their couplings even more difficult to decide upon or enact with any satisfaction. And this makes them surprisingly moving.