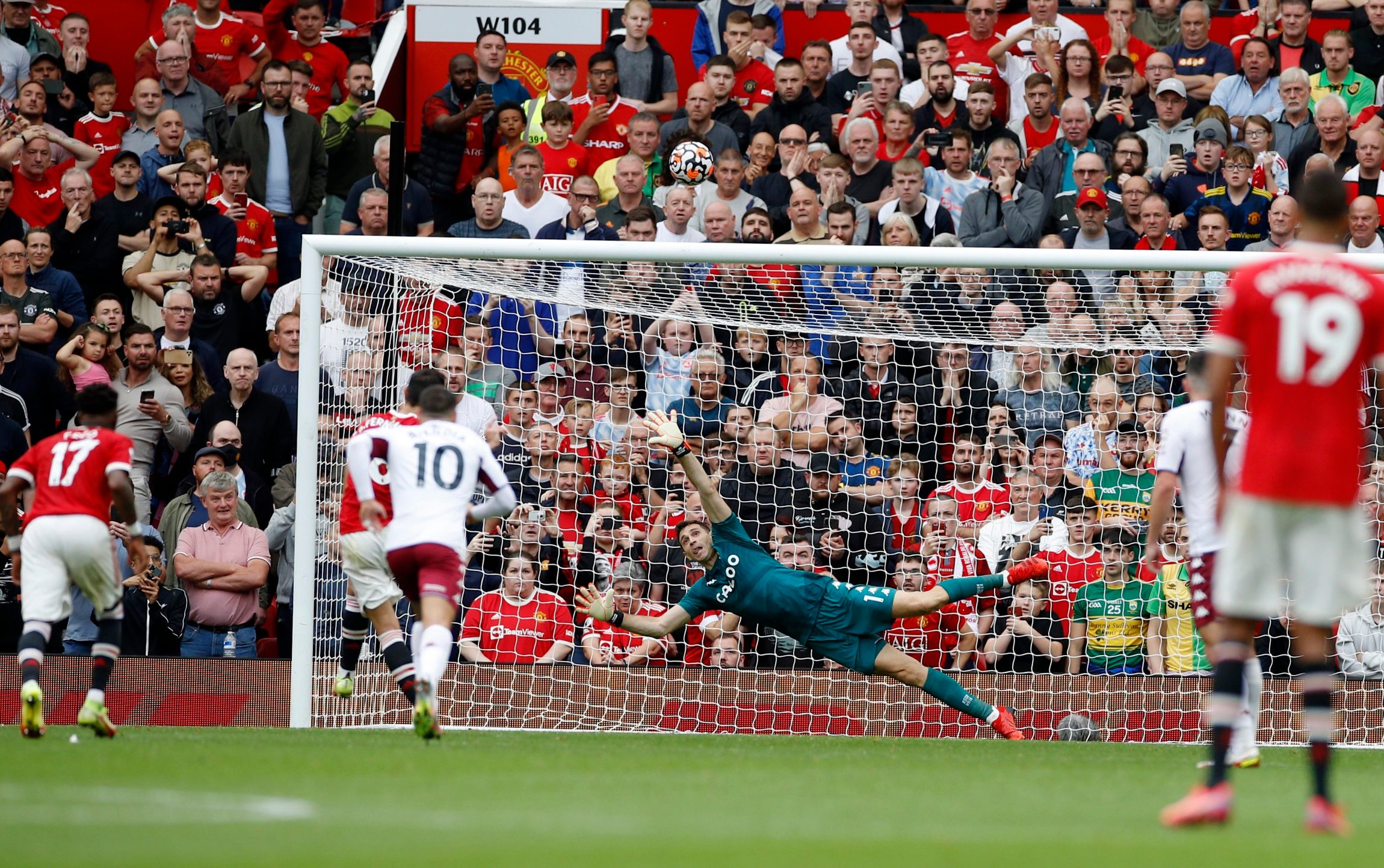 Bruno Fernandes blazed a stoppage-time penalty over the crossbar as Aston Villa earned a shock 1-0 victory at a below-par Manchester United in the Premier League on Saturday.

Kortney Hause’s 88th-minute header put Villa on course for the surprise win at Old Trafford, but the same man’s handball gifted United an opportunity to steal a point in stoppage-time, only for Fernandes to dramatically miss the target.

Villa had two great opportunities to break the deadlock in the first half with full back Matt Targett blazing over from two metres out, before Ollie Watkins was denied by a fine save from United goalkeeper David de Gea.

The home side, encouraged by a frustrated Old Trafford crowd, stepped it up late in the match, but down the other end, Hause climbed highest to stun the home fans.

Fernandes grabbed the ball and placed it on the spot ahead of Cristiano Ronaldo and looked set to snatch his side an undeserved draw, but hammered his attempt into the stands, leaving United to taste their first league defeat of the season.