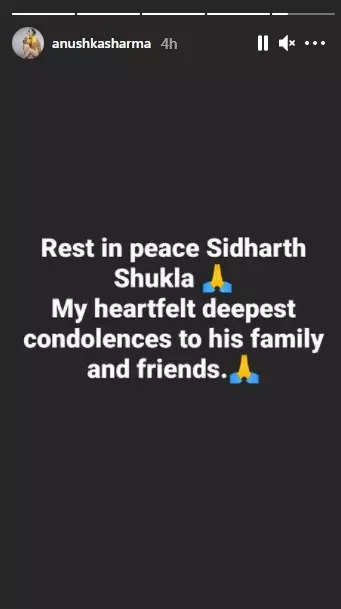 As Sidharth Shukla breathed his last on Friday at the age of 40, condolences continued to flow in till late evening, with several Bollywood celebs expressing sadness over the loss of the talented actor.
Anushka Sharma posted, “Rest in peace Sidharth Shukla. My heartfelt deepest condolences to his family and friends.” 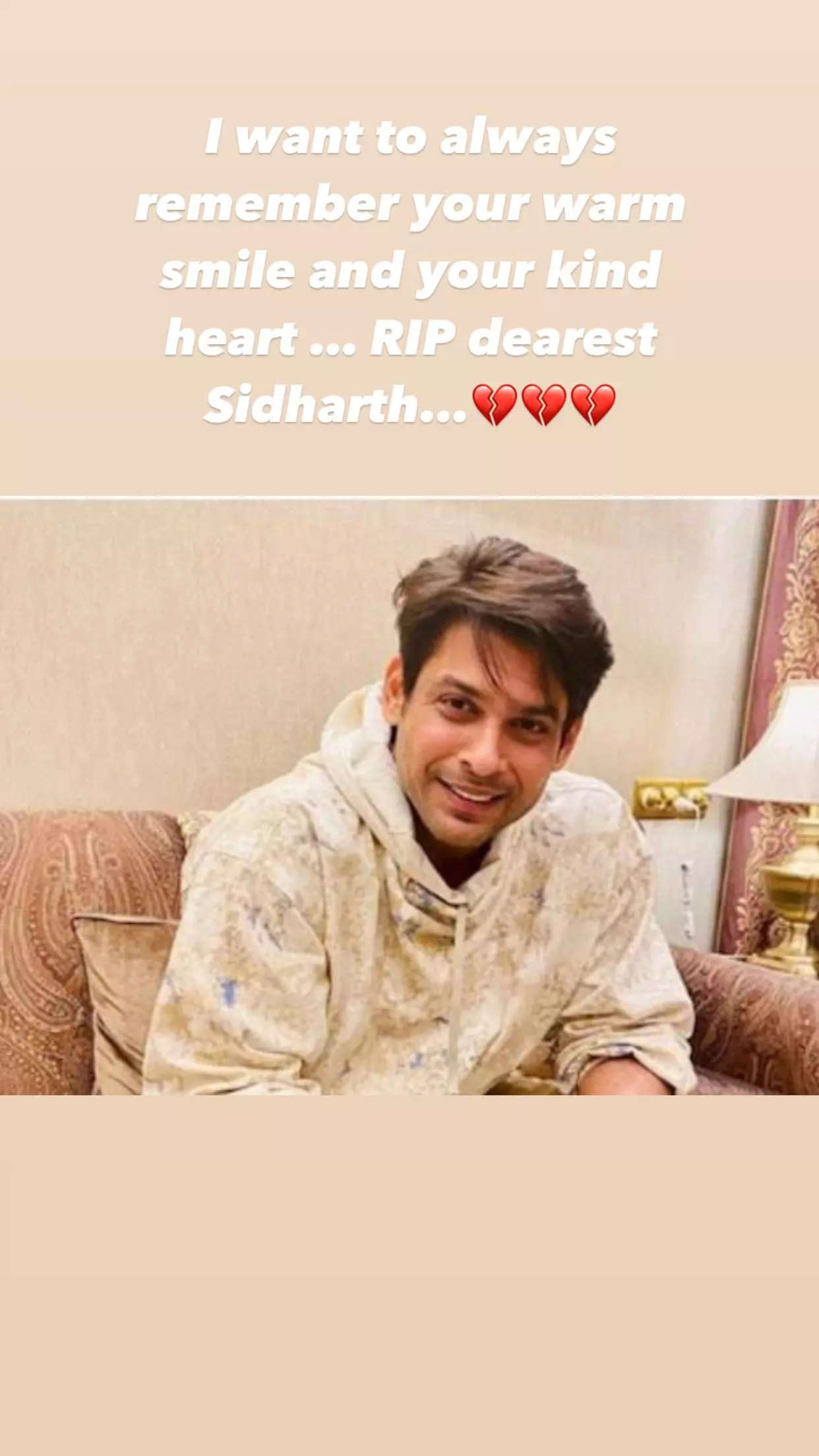 Arjun Kapoor posted a monochrome picture with the TV star and wrote, “Go in peace brother 💔”
Heartbroken with the tragic news, Kartik Aaryan shared a smiling picture of Sidharth on his Instagram and wrote, “The way Sidharth made a huge place in all our hearts with his smile, his graceful personality and just being himself is so inspiring. Can’t fathom this. Truly heartbreaking.” He signed off with a broken heart emoticon.
Katrina Kaif shared a monochrome picture of Shuka on her Insta Stories and along with it wrote, “Shocking- Rest in Peace -thoughts and prayers are with your family.” 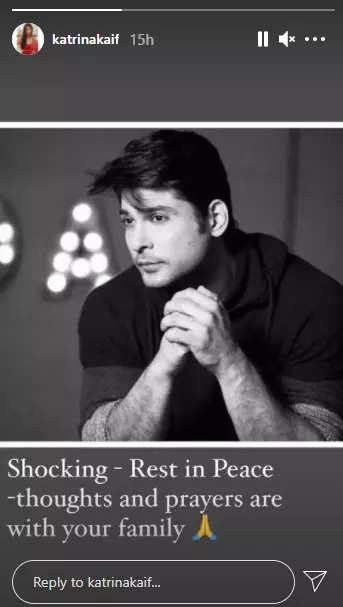 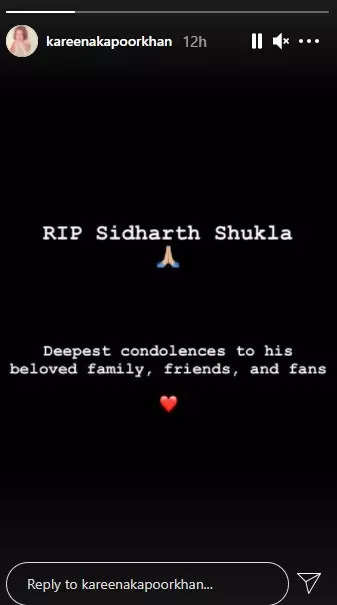 Shraddha Kapoor posted a picture of Sidharth and along with it penned, “This is beyond shocking and devastating. How is life so unpredictable. Condolences to his family and everyone who loves him, so much.” 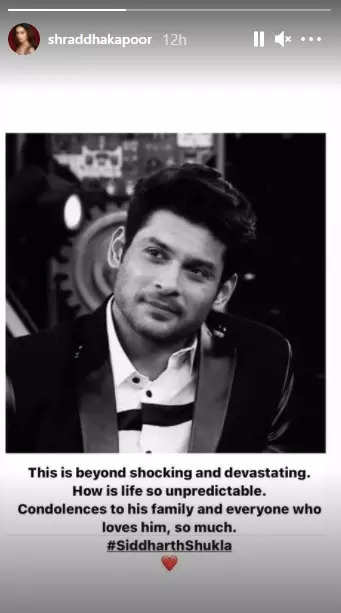 Sanjay Dutt too expressed his sadness and wrote, “Deeply saddened by the sudden demise of #SidharthShukla. My condolences to his family and his fans, all over. Om Shanti.” 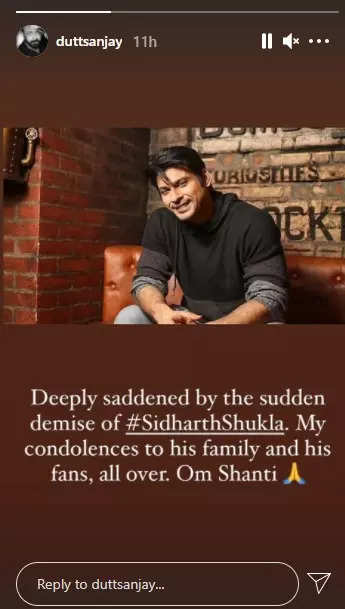 Karisma Kapoor wrote on her Instagram stories, “Rest in Peace Sidharth Shukla. Deepest condolences to your family, friends and fans.” 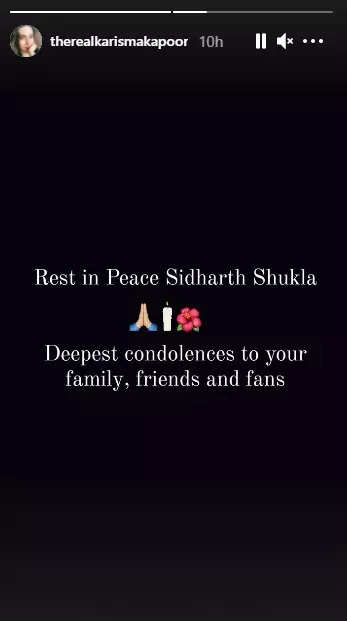 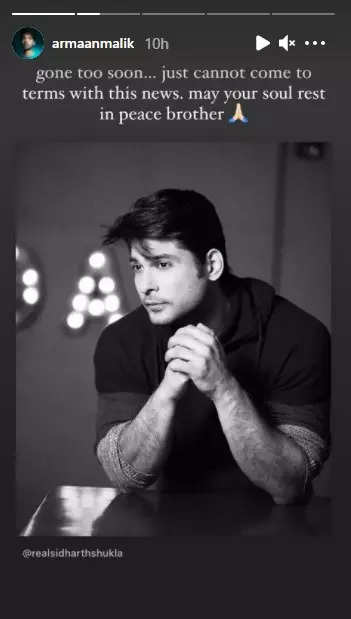 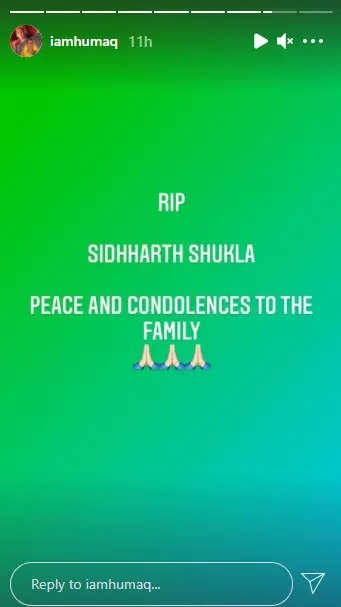 The sudden demise of Shukla on Friday at such a young age shocked the Indian film and television industry. Mumbai’s Cooper hospital confirmed his news of death to ANI.

According to one of the hospital officials, around 9:25 am, he was brought dead to the hospital on Thursday. However, the exact reason behind his demise has not been revealed yet. As per several reports, Sidharth died of a heart attack.

He also shared screen space with Alia Bhatt and Varun Dhawan in the 2014 hit film ‘Humpty Sharma Ki Dulhania’. The actor was also seen alongside Diljit Dosanjh in the 2018 movie ‘Soorma’.

He recently tasted success with his stint on the reality show ‘Bigg Boss 13’, where he emerged as the winner.