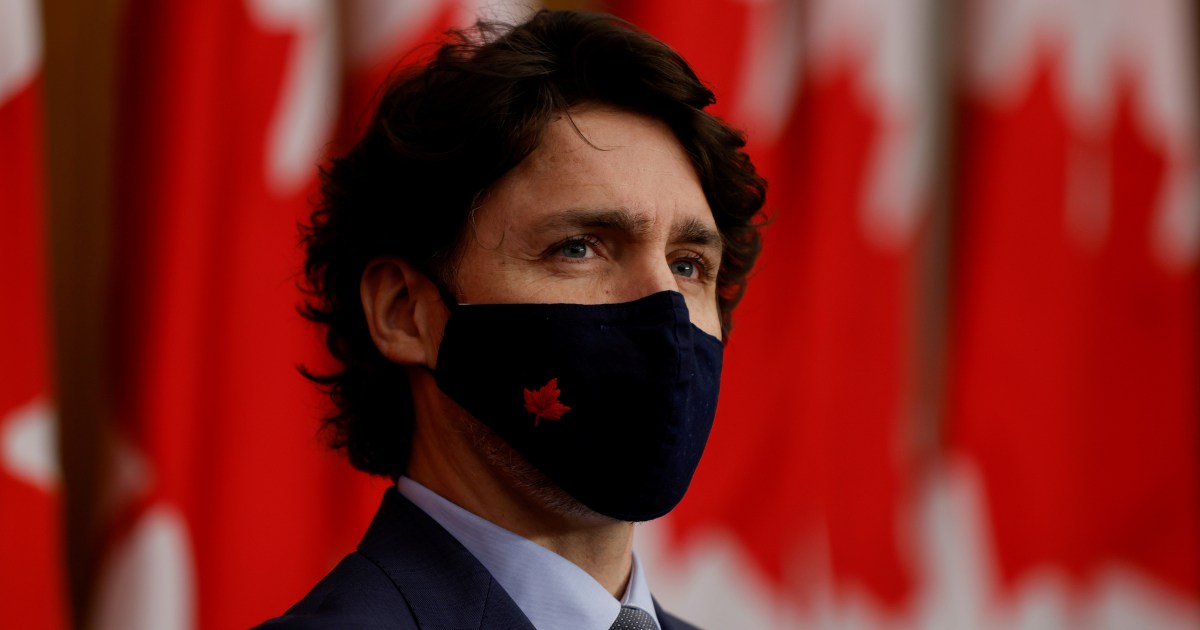 Canada will require federal employees to be vaccinated against COVID-19 or be placed on unpaid administrative leave, the government announced, as Prime Minister Justin Trudeau strengthened his government’s efforts to combat the pandemic.

Speaking to reporters on Wednesday morning, Trudeau also announced that domestic travellers will need to show proof of vaccination to board aeroplanes, trains or cruise ships operating within the country.

Federal employees who are not exempt from the requirement will need to show proof of vaccination through an online portal by October 29, while travellers must show they have been inoculated by October 30.

CBC News reported that an estimated 267,000 federal employees will be covered by the policy.

“If you haven’t gotten your shots yet but want to travel this winter, let’s be clear: there will only be a few, extremely narrow exceptions, like a valid medical condition. For the vast, vast majority of people, the rules are very simple: to travel, you’ve got to be vaccinated,” Trudeau said.

He added that the new rules are “some of the strongest in the world”.

Fiji in August forced public servants to go on leave if unvaccinated. If still not inoculated by November, they will lose their jobs. Later this month, Italy will require proof of vaccination, a negative test or recent recovery from infection for all the country’s workers.

Canada’s vaccine mandate for federal workers will be reassessed every six months and stay in place until the policy is no longer required, an official told the Reuters news agency.

Wednesday’s announcement came just weeks after Trudeau’s Liberals secured another minority government after a hard-fought election campaign that saw the party pledge to continue the fight against COVID-19.

Trudeau, who announced the vaccine mandate for federal employees in August, faced angry protests during the election campaign, as demonstrators denounced mandatory jabs and other public health measures.

Just days before the September 20 vote, Trudeau said his government would make it an offence to obstruct access to any building providing health services, such as hospitals, testing centres, pharmacies and abortion clinics.

Canada has reported more than 1.65 million cases of the coronavirus and more than 28,100 deaths to date.

While vaccination rates are high, and infections have gone down in recent months, in many parts of the country, the central provinces of Alberta and Saskatchewan are seeing a surge in COVID-19 cases that has strained their local health systems.

The Canadian Medical Association warned last week that the healthcare systems in the provinces were “crumbling” and called for increased vaccinations and public health measures to “aggressively control” the rise in infections.