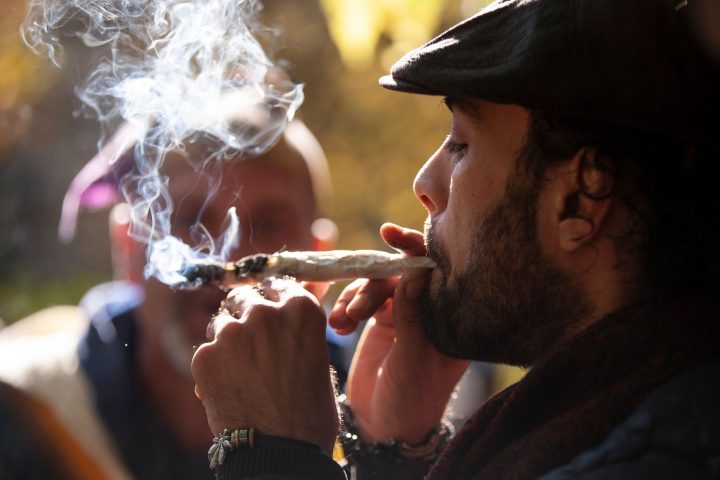 As Canadians smoked more weed out of boredom and stress during COVID-19 lockdowns, a new study shows that young cannabis users were twice more likely to suffer a heart attack.

The peer-reviewed research, published in the Canadian Medical Association Journal Tuesday, found that myocardial infarction — commonly known as a heart attack — was more prevalent in U.S. adults younger than 45 years of age who either smoked, vaped or consumed cannabis as edibles compared to non-users.

Read more: Have Canadian cannabis users increased their usage during the pandemic?

“Beyond the main finding that heart attacks were found to be more common in cannabis users, what we did find is that the more people use, the higher the risk,” said Karim Ladha, a clinician scientist at St. Michael’s Hospital in Toronto and co-author of the study.

While smoking was the most common form of consumption, vapourizing and edibles also increased the risk of heart attack, which suggests that no method is safer than another, he added.

Ladha and his colleagues looked at data collected by the U.S. Centers for Disease Control and Prevention (CDC) between 2017 and 2018, including more than 33,000 American adults aged 18 to 44 years.

Cannabis users were more likely to be male, unmarried, cigarette as well as e-cigarette smokers and heavy alcohol drinkers, the data showed.

This latest study adds to a growing body of evidence that has linked cannabis use to heart complications.

Read more: Boredom, stress during pandemic behind rise in alcohol, cannabis use for some Canadians: survey

In April, researchers at the University of Guelph found that arterial stiffness was greater in cannabis users than in non-users, and cardiac function was also lower than in non-users. They studied 35 people aged 19 to 30, half of whom had a history of consuming cannabis.

Another 2019 study published in the Journal of Adolescent Health suggested that the risk of heart attack hospitalization was 30 per cent higher for teens and young adults who used cannabis compared to non-users of the drug.

Over the past year, the COVID-19 pandemic has only made matters worse for Canadians in terms of their cannabis consumption.

More than half of existing cannabis users across Canada reported an increase in their consumption during the first wave of the pandemic, according to a study by the Centre for Addiction and Mental Health (CAMH) published in January 2021.

Meanwhile, a StatsCan survey conducted in January found that 34 per cent of Canadians who previously used cannabis said their consumption had increased over the past year. They also pointed to stress, boredom and loneliness as reasons behind the changes.

Canada legalized recreational marijuana back in 2018, becoming only the second country at the time, after Uruguay, to allow the sale and use of non-medicinal pot.

Three years on, Ladha feels that the policies have outpaced the science, calling for more research into the health risks and benefits of cannabis, as the drug’s intake and potency has increased.

“There’s this assumption that cannabis is safe,” he said.

“The reality is the way people are consuming cannabis now is much different.”

Read more: The opioid crisis is killing Canadians, but where is the political will to solve it?

Ladha said the problem with widespread legalization of cannabis is that the long-term effects remain unclear.

“I don’t think that more cannabis use is necessarily going to benefit society, especially if it’s just simply being used for recreational purposes,” he told Global News.

Despite the health risks, cannabis is also used for therapeutic purposes, with physicians authorizing its use for certain medical conditions, like neuropathic pain and multiple sclerosis.

It is used to treat nausea and vomiting as well.

While the evidence to supports its use for treatments is also limited, David Mazer, a clinician scientist at St. Michael’s Hospital and co-author of the study, said individual users need to balance their risks and benefits in consultation with health-care providers.

“The importance of the data from this study is that it will help both users and health-care providers better balance the risks and benefits and decide about whether or not an individual should use cannabis or in what conditions,” he said.