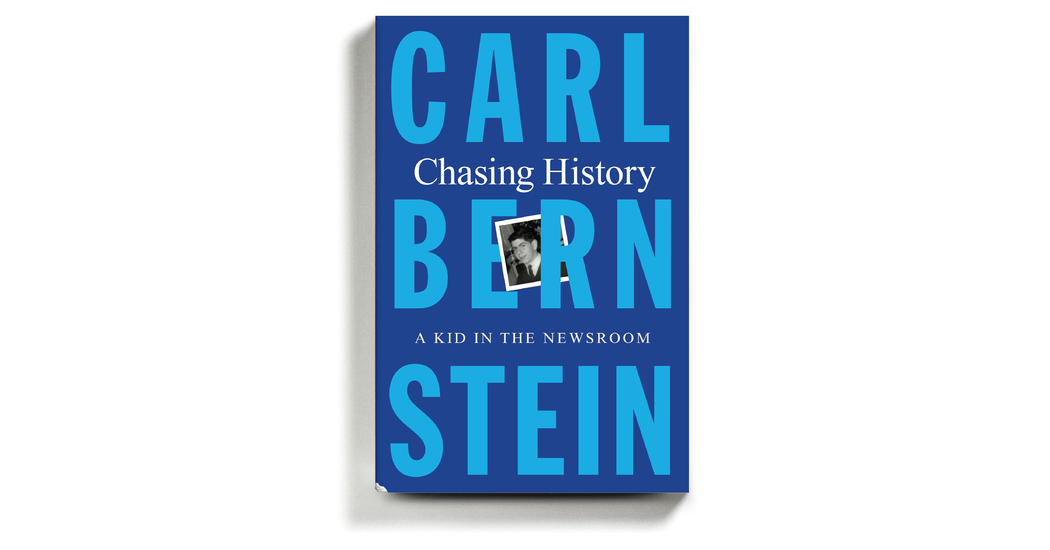 Carl Bernstein’s new book, “Chasing History,” is his second memoir. His first, “Loyalties,” appeared more than three decades ago, in 1989.

“Loyalties” was about growing up in an idealistic and radical family — his father, a union organizer, had been a member of the Communist Party in the 1940s — under constant surveillance and harassment from the F.B.I.

His new one is subtitled “A Kid in the Newsroom.” It’s about how he fell in love with newspapering. As a teenager he was hired as a copy boy at The Evening Star, an afternoon daily in Washington, D.C.

It was the moment when his future forked. He felt he’d been handed a ticket to the rest of his life. The “glorious chaos” and “purposeful commotion” of a good newspaper appealed to Bernstein on a primal level.

He found a different kind of family at The Star. His own parents, in their idealism, had been distant figures. At the paper he discovered people who were “less complicated, less fraught.” He barely graduated from high school and dropped out of college.

Bernstein found “a haven in reporting, especially the way The Star went about it: proceeding without judgment or predisposition to wherever the facts and context and rigorous questioning led, to some notion of the truth in all its complexity. I liked that place. And the comfort and purpose it gave me.”

When I learned, a few months ago, that a Bernstein journalism memoir was coming down the tracks, I marked it as a must-read.

His Watergate reporting, with Bob Woodward at The Washington Post, brought down a presidency and inspired a generation of muckrakers. He was portrayed in movies by Dustin Hoffman and, less flatteringly, by Jack Nicholson. He was a dandy; he had top-flight hair.

His lively bachelordom was well chronicled. He jilted the beloved Nora Ephron, who delivered a version of their short marriage in her novel “Heartburn.” He’s been a big beast of the media world for five decades.

He’s forced to live the “Groundhog Day” nightmare of being asked, every time he turns around, if the latest outrage is “worse than Watergate.” At 77, he is entering his anecdotage. Who wouldn’t want to read about his sense of all these things, and to view his dashcam footage?

That’s not what “Chasing History” is. The book tells the story of his journalistic apprenticeship at The Evening Star, the Pepsi to The Washington Post’s Coca-Cola, from 1960 to 1965. He was in his teens and early 20s. It ends before he gets to The Post, and long before he sets eyes on Woodward or Ephron.

The result is a fond, earnest, sepia-toned book, the color of old clippings. It’s pretty good. I mean, it’s OK. It’s better than a sharp stick in the eye. It’s just … long and pokey and a bit underthought. I might not have finished it if my paycheck didn’t depend on leaving a clean plate.

A lot happened in the world in the early 1960s, “Chasing History” reminds us: Russians in space; Bay of Pigs; the Cuban missile crisis; the March on Washington; John F. Kennedy’s assassination; the Beatles’ touchdown in the United States; the Chaney, Goodman and Schwerner murders in Mississippi; the Selma-to-Montgomery march.

Bernstein was thrilled to feel a part of these events by osmosis, as those in a newsroom do, even if his role was mostly taking dictation from reporters in the field. He describes these historical events in detail, as if few had written about them before.

He’s evocative about newsrooms themselves circa 1960: the books and papers, the gunmetal desks, the dirty Royal typewriters, the “hailstorms” of typing, the bulletins arriving, the printing press rumbling through the floor.

He made himself useful. He learned by following the grizzled old guys — they were mostly guys — around. He learned to cover fires, to talk to cops, to take good notes, to carry shotgun rolls of dimes for pay phones.

He’s good on the camaraderie he found. He was brilliantly hazed by a co-worker who told him, while Bernstein was wearing a beloved cream-colored suit, that he had to “wash” all the staff’s used carbon paper.

The Star’s staff included big characters, like the columnist Mary McGrory. Bernstein found his own younger crowd, among them the journalist Lance Morrow. This cohort rented a rambling house together.

“Working for The Star was a little like being part of a troupe of actors in a repertory company,” he writes, “all of us absorbed in the same project, all wrapped up in the stories, the work.” He continues: “We were smart, we never had enough money and we often had too much to drink.”

His enthusiasm was infectious. If he’d been a dog, his head would have always been outside the car window.

Bernstein attended the University of Maryland, but rarely went to class. There’s a measure of suspense in watching him try to avoid being drafted. He eventually joined an Army Reserve unit.

It rankles the author still that The Star recognized he had talent and energy but would not hire him as a reporter because he didn’t have a college degree. This was during a period when journalism, long seen as quasi-blue-collar work, was being invaded by dapper young men from the Ivy League.

“My view was that you might be better prepared by graduating from horticultural school than from Yale or Princeton,” Bernstein writes. “At least that way you could write the gardening column.”

I was a cub reporter once, and journalism memoirs to me are salted peanuts. “Chasing History” lacks the parched wit of Russell Baker’s “The Good Times” and the shrewdness of Mencken’s “Newspaper Days.” It doesn’t have the gruff charm of Pete Hamill’s “A Drinking Life,” the omnidirectional belligerence of Michael Moore’s “Here Comes Trouble” or the sparkle of Molly Ivins’s remembrances, to name a few that come to mind.

Had it run to 175 pages, “Chasing History” might have been a small classic. Bernstein makes journalism sound like what it is — a humble calling that can be a noble one.

His heart glows remembering his early days in the business, but he can’t quite make ours glow alongside his. If at 370 pages this book overstays its welcome, well, the kid was all right.

Kathy Griffin Is Trying to Get Back on the D-List

In ‘Last Resort,’ a Writer Turns a Friend’s Story Into a Smash Success