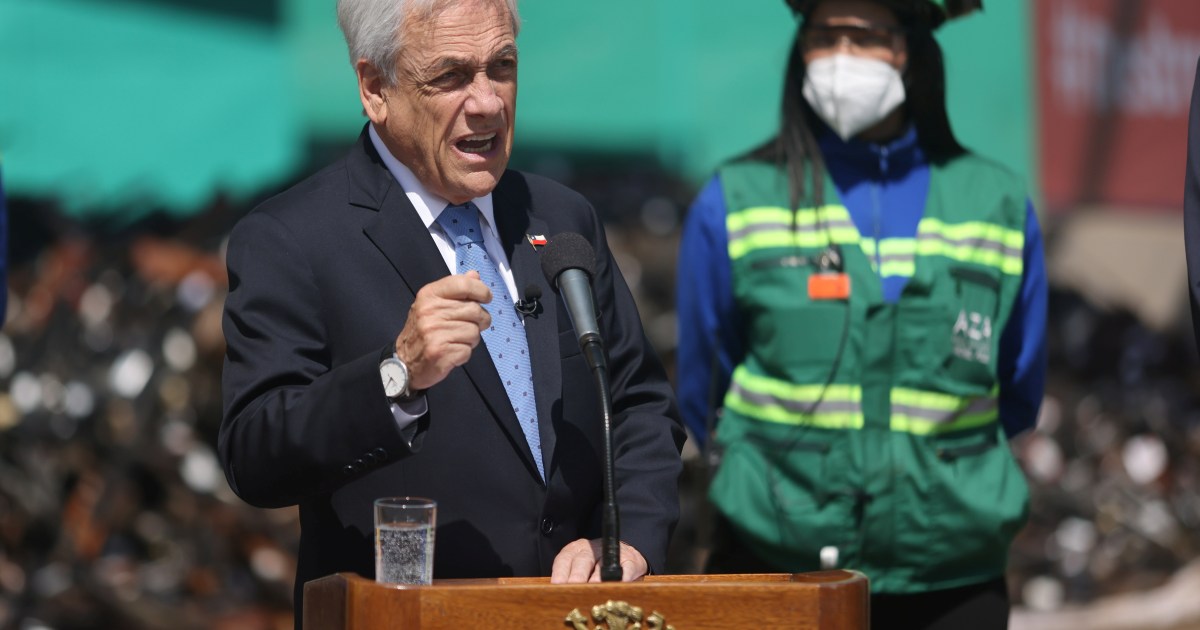 Senate votes against punishing president over a business deal revealed in the Pandora Paper leaks.

Chile’s Senate has voted against removing President Sebastian Pinera over allegations of corruption in the sale of a mining company.

The Senate vote on Tuesday fell 29 votes short of the two-thirds majority needed to impeach the president.

It ended an impeachment process that had successfully passed a lower house vote last week.

Pinera is set to leave office in March next year and is not a candidate in presidential elections that take place on Sunday.

“The sensitive timing of this trial may have actually worked in Pinera’s favour,” said Al Jazeera’s Lucia Newman, who is in Santiago, the Chilean capital. “Many believe that removing a president just days before a national election or just five months before he is due to step down could be destabilising.”

In the end, Pinera’s allies reached the threshold needed to block the opposition from getting the necessary number of votes, a higher bar than the simple majority in the lower house.

The vote saves Pinera – a billionaire businessman – not only from being removed from his position but also from being disqualified from holding public office for five years.

The impeachment proceedings emerged out of the so-called Pandora Papers leak, a cache of documents that revealed offshore transactions involving prominent political and business figures from around the world.

They revealed that one of Pinera’s sons used offshore companies in the British Virgin Islands for the sale of the Dominga mining project, which his family co-owned.

The final payment on the mine’s sale in 2011 hinged on the government declining to declare its location in north-central Chile a nature reserve. The government, by that time headed by Pinera in his first time as president, did not make the designation, which had been sought by environmentalists.

The next government also withheld the designation.

Pinera, one of the richest men in Chile, has denied any wrongdoing and said he was cleared in a 2017 investigation of the transaction.

The president’s office noted that Pinera’s first term as president, from 2010 to 2014, had not started when the sale was agreed, that prosecutors and courts decided in 2017 that no crime was committed and that Pinera had not been involved.

It said all taxes due in Chile were paid.

Right-leaning Luz Ebensperger was one of the senators who voted against ousting the president.

She said it was not enough just to accuse Pinera of something, saying she did not see anything “to prove it”.

“No one can be so naive to believe that he did not use his office to benefit himself. One thing is reasonable, the other is stupidity,” he said.

The impeachment case is the second brought against Pinera, after an unsuccessful attempt to remove him from office in 2019 over an at-times brutal crackdown on protesters angry about the yawning gap between rich and poor in Chile.

Worst days are yet to come for Sri Lanka – PBJ