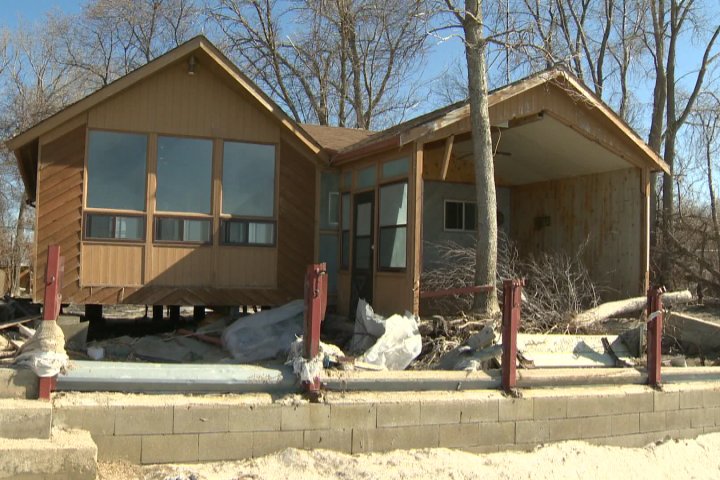 A Manitoba court will decide in January whether or not to approve an $85.5-million settlement between the province and those affected by flooding around Lake Manitoba in 2011.

Under the terms of the agreement, the government will not admit to any wrongdoing for water control measures it used during that year’s flood, including the activation of the Portage Diversion.

The controversial move sent huge amounts of water into Lake Manitoba in an effort to save those downstream on the Assiniboine River, including the city of Winnipeg.

Some of the people with property around the lake told court they had never before seen floodwaters like that, or even been touched by flooding previously, and maintained the government was responsible for the resulting damages.

However, the province countered that much of the flooding would have happened anyway, save for “short-term artificial flooding to the Lake Manitoba area” that happened between June 22 and Aug. 30, 2011.

In June 2021, Justice Joan McKelvey found in favour of the former, writing, “I am satisfied that Manitoba, by its actions, caused flooding to occur on off-reserve areas surrounding Lake Manitoba” and “the flooding substantially interfered with the use and enjoyment of the real property interests of the class.”

As part of the settlement, the government agreed to pay legal fees and other administrative expenses related to the case.

The class-action lawsuit, represented by DD West LLP, represents those who owned property or carried on business within 30 kilometres of Lake Manitoba in 2011, excluding First Nation reserve lands.

The Manitoba government declined to comment on the outcome of the case, as it involves court action, but did confirm a settlement had been reached.

In a press release, DD West LLP says it’s impossible to say how much each claimant will receive since payments will be based on the total number of claims submitted.

Details on how to be included in the claim can be found on the firm’s website, or the Exchange Group website, which is administering the claims.

DD West LLP adds that members have until Dec. 31 to submit written comments on the proposed settlement, should they wish.

The settlement approval hearing is scheduled for January 13, 2022 at 10 a.m. via video.

Hard work culminating into something that goes beyond: Mayank