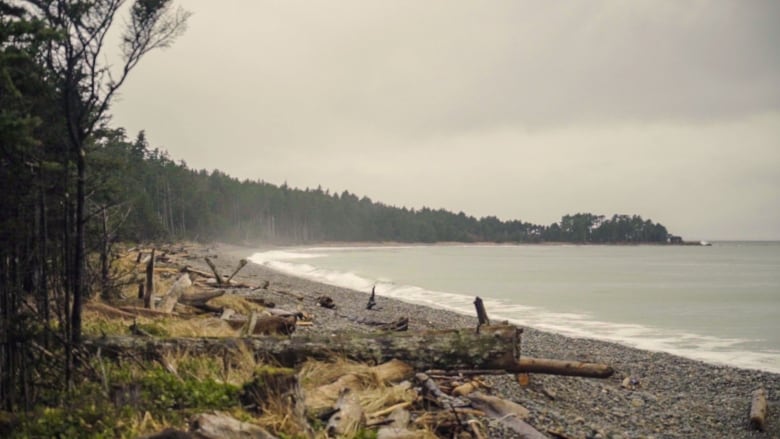 Residents in B.C. border communities who are in need of gas and other essential goods will be allowed to cross the border to the U.S. and return without requiring a COVID-19 test or quarantining, a federal update on the flooding in the province was told Sunday.

Bill Blair, minister of emergency preparedness, spoke at a news conference along with other federal ministers of national defence, transport, employment and environment who are part of the Incident Response Group.

“People are concerned about crossing the border because of the COVID restrictions that are in place,” said Blair, adding he spoke with B.C. Public Safety Minister Mike Farnworth about concerns over fuel shortages.

Blair said Farnworth asked if individuals who live close to border communities would be able to go into the U.S. to fuel their vehicles, and upon their return be exempt from having to get a molecular test for the virus.

“This is something that I believe can be accommodated under the exemption regulations that currently exist,” Blair said, a week after B.C. was first hit with flooding.

“But to be very clear, those exemptions do not apply to non-essential travel. It does apply to people who are required to travel over into the United State in order to access essential goods and services, but it does not include family trips, vacations or other types of tourist activity.”

Currently, fully vaccinated travellers entering the U.S. by land don’t need to show proof of a negative COVID-19 test. But to cross back into Canada, a negative molecular test — such as a PCR test — within the past 72 hours is required.

Starting on Nov. 30, the federal government is scrapping the required molecular test for fully vaccinated Canadians on short trips abroad, for either essential or non-essential reasons, to return home.

Non-essential water vessels are banned in flooded areas of B.C., Alghabra said, “to keep boaters safe and clear [the way] for emergency response.”

“But I want to be clear, this interim order does not prevent the use of boats involved in providing any form of assistance — it’s only meant to prevent the use of vessels for leisure activity,” Alghabra said during a news conference on Sunday.

All aircraft are prohibited from flying lower than 1,000 feet between Abbotsford airport and Chilliwack airport.

“We will continue to extend these restrictions based on conditions and ongoing recovery efforts,” he said.

Prime Minister Justin Trudeau met with the Incident Response Group to discuss the floods, landslides and extreme weather conditions that hit a week ago and are affecting thousands of people in British Columbia, and resulted in four deaths.

The province is asking people in various areas to prepare for severe weather Sunday as residents in other parts of B.C. continue to deal with the ravages of flooding and mudslides.

Rain, wind and snowfall warnings are in effect for Haida Gwaii and B.C.’s central and north coast as another atmospheric river moves over the region.

Stewart, about 350 kilometres north of Kitimat, has already received 20 centimetres of snow, with more expected Sunday.

Winds gusting up to 110 km/h are predicted to hit Haida Gwaii Sunday evening and persist into Monday night.

Environment Canada says flooding and landslides could occur in northern B.C. as a result of the heavy rain.

Other areas of the province were severely affected by extreme weather last week that damaged highways, destroyed homes and left several people dead.

Wet snow is in the forecast for Merritt, which was evacuated last week when floodwaters damaged the wastewater treatment facility.

Those working to recover and prevent further damage in Fraser Valley communities such as Abbotsford and Chilliwack can expect clear skies Sunday, but starting Monday, more rainfall is expected and could last all week.

On Saturday, Abbotsford Mayor Henry Braun said he was watching weather predictions closely, worried the system will ramp up Wednesday.

“If it comes in three or four days, maybe we’ll be okay.”

According to a tweet from the City of Chilliwack, repairs to the Sumas dike have been completed.

Braun said Friday that ultimately, the entire dam may have to be rebuilt to a higher standard to protect the Sumas Prairie, a major farming area that suffered extensive flooding as water gushed in from the Nooksack River from neighbouring Washington state.

Water levels have started to recede, according to the City of Chilliwack, thanks to the closure of the dike breach and the ongoing use of the Abbotsford Barrowtown pump station.

Evacuation alerts for the communities of Yarrow and Majuba Hill have been lifted, except for nine properties that remain on evacuation order due to flooding.

Officials said Sunday afternoon that livestock evacuated from Yarrow may begin to return.

Vedder Mountain Road  will be closed starting Monday morning so crews can begin work on installing a culvert, road reconstruction and slop stabilization.

The Fraser Valley Regional District (FVRD) has issued an evacuation order and an evacuation alert for two properties in FVRD Area E due to the possibility of a landslide in the area, one involving a hotel called Five Baers Farm.

A geotechnical assessment uncovered slope movement since the rainfall last week and tension cracks were found directly above the two properties.

Update, November 21, 9:30 am: At 4 am (November 21), staff received word that the City of <a href=”https://twitter.com/hashtag/Abbotsford?src=hash&amp;ref_src=twsrc%5Etfw”>#Abbotsford</a> finished repairs to the Sumas dike breach. City of <a href=”https://twitter.com/hashtag/Chilliwack?src=hash&amp;ref_src=twsrc%5Etfw”>#Chilliwack</a> staff are monitoring water levels and continue work on road repairs.

The Regional District of Okanagan Similkameen said assessment teams are visiting properties in the region, including in Princeton, distributing re-entry kits to homes impacted by flooding. The district said it is working to dispatch electrical, gas and restoration services to those areas.

On Wednesday, Trudeau pledged to support the province as it works to rebuild and said he would send members of the Canadian Armed Forces to assist. The first contingent of nine military officers arrived Thursday and more have since arrived.

Opposition Leader Erin O’Toole sent a letter to Trudeau on Sunday requesting an emergency debate as soon as possible to discuss the situation in B.C.

He also requested that Conservative MPs have access to the same briefings the federal government is sharing with the province to ensure all leaders are on the same page.

Provincial Agriculture Minister Lana Popham is calling for financial assistance from Ottawa for what she expects will be an “extensive,” “unprecedented” rebuild.

“Right now we’re kind of still dealing with the ongoing emergency but we will kick into assessment mode as soon as we can catch our breath,” she told CBC’s Rosemary Barton.

Canada is One Step Closer to Banning Conversion Therapy

Farm unions to take call today on next move

In ‘advisory’, NCB asks states to shift some cases to agency