Deepika Padukone recently shared pictures of herself draped in a pretty yellow six yard.
Be it glamorous red carpet events, casual public appearances, or aesthetic ethnic looks, Deepika Padukone’s sartorial choices have always been ahead of the curve. This time, the actress took to her Instagram handle to share a series of pictures from her latest photoshoot. Have a look : 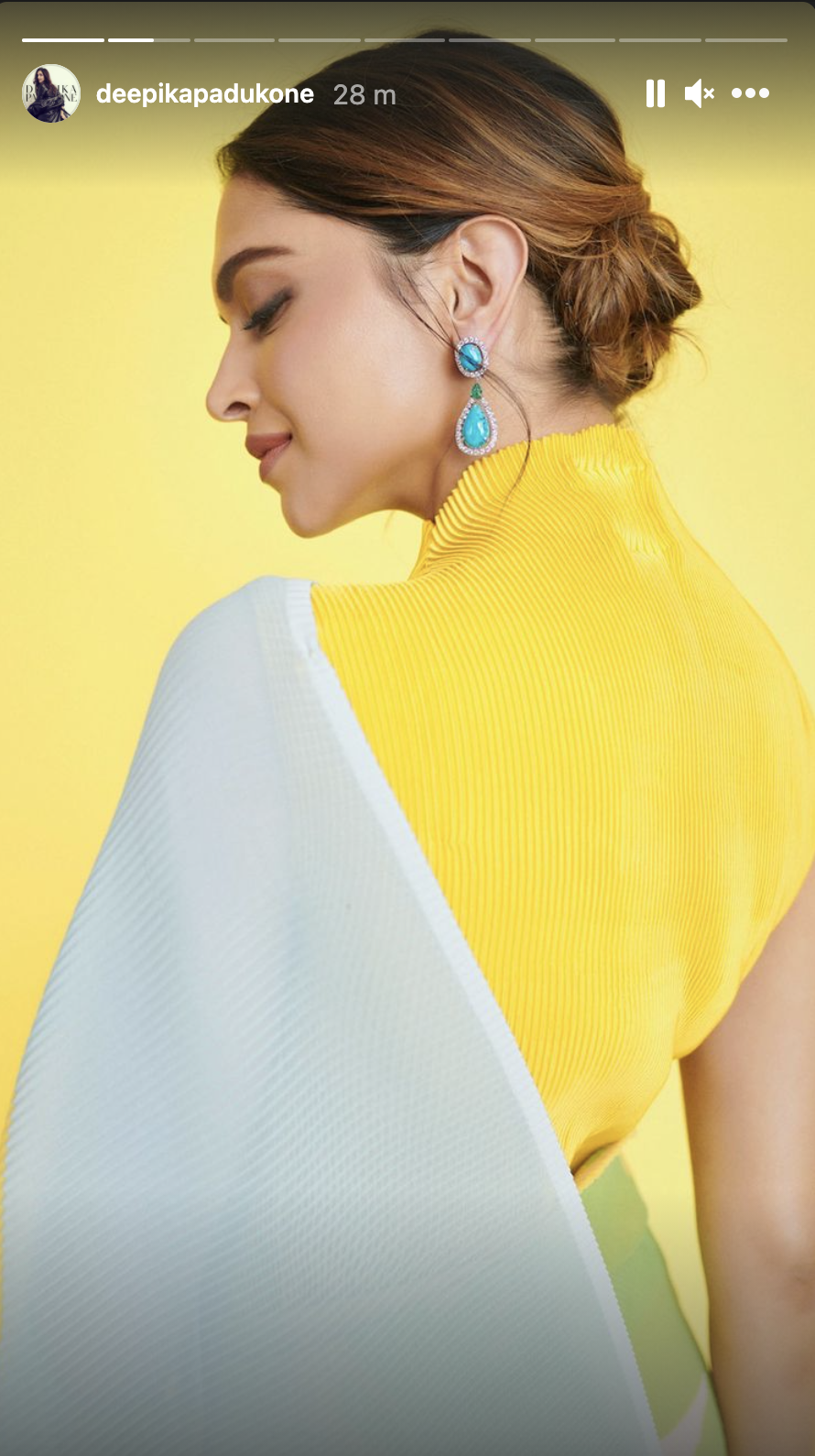 In the pictures, the ‘Piku’ actress looked pretty as she struck her poses with utmost perfection. She looked stunning in a gorgeous saree in shades of yellow, blue, green and pink. She teamed her saree with a deep yellow blouse which accentuated her look. She accessorized her attire with statement earrings. With her hair tied to a bun, she looked mesmerizing.

On the work front, Deepika will be seen sharing the screen space yet again with Ranveer Singh in Kabir Khan’s ‘’83’, where he essays the role of cricketer Kapil Dev and she would be playing his on-screen wife Romi Dev.

Apart from that, she also has several interesting projects in her kitty which include Shakun Batra’s untitled next with Ananya Panday and Siddhant Chaturvedi and Siddharth Anand’s ‘Fighter’ opposite Hrithik Roshan for the first time.
The actress will also be reuniting with Shah Rukh Khan in ‘Pathan’ which also stars John Abraham in the lead role. She is also a part of Nag Ashwin’s next opposite Prabhas. She is also the part of the official remake of ‘The Intern’ with Amitabh Bachchan.