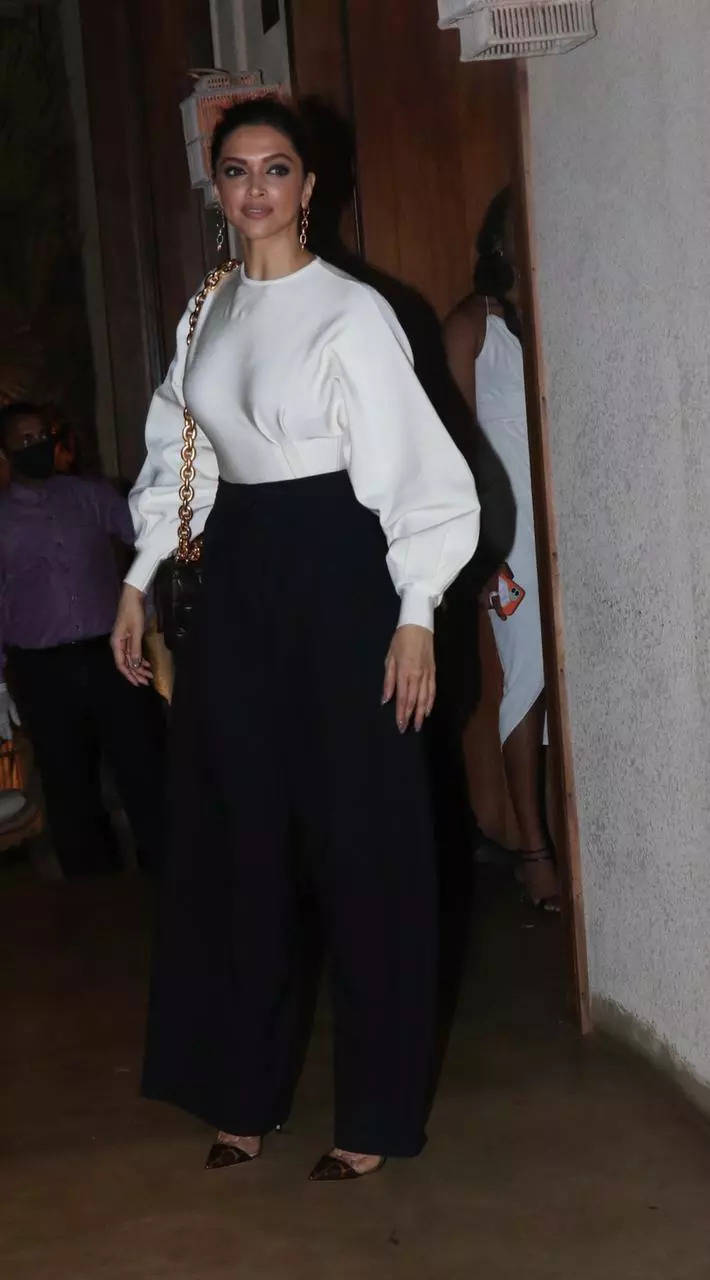 Actress Deepika Padukone made a glamorous appearance in town with star badminton player PV Sindhu. Donning their brightest smiles, the duo were captured outside a restaurant in town. Deepika’s hubby Ranveer Singh also joined them. Have a look : 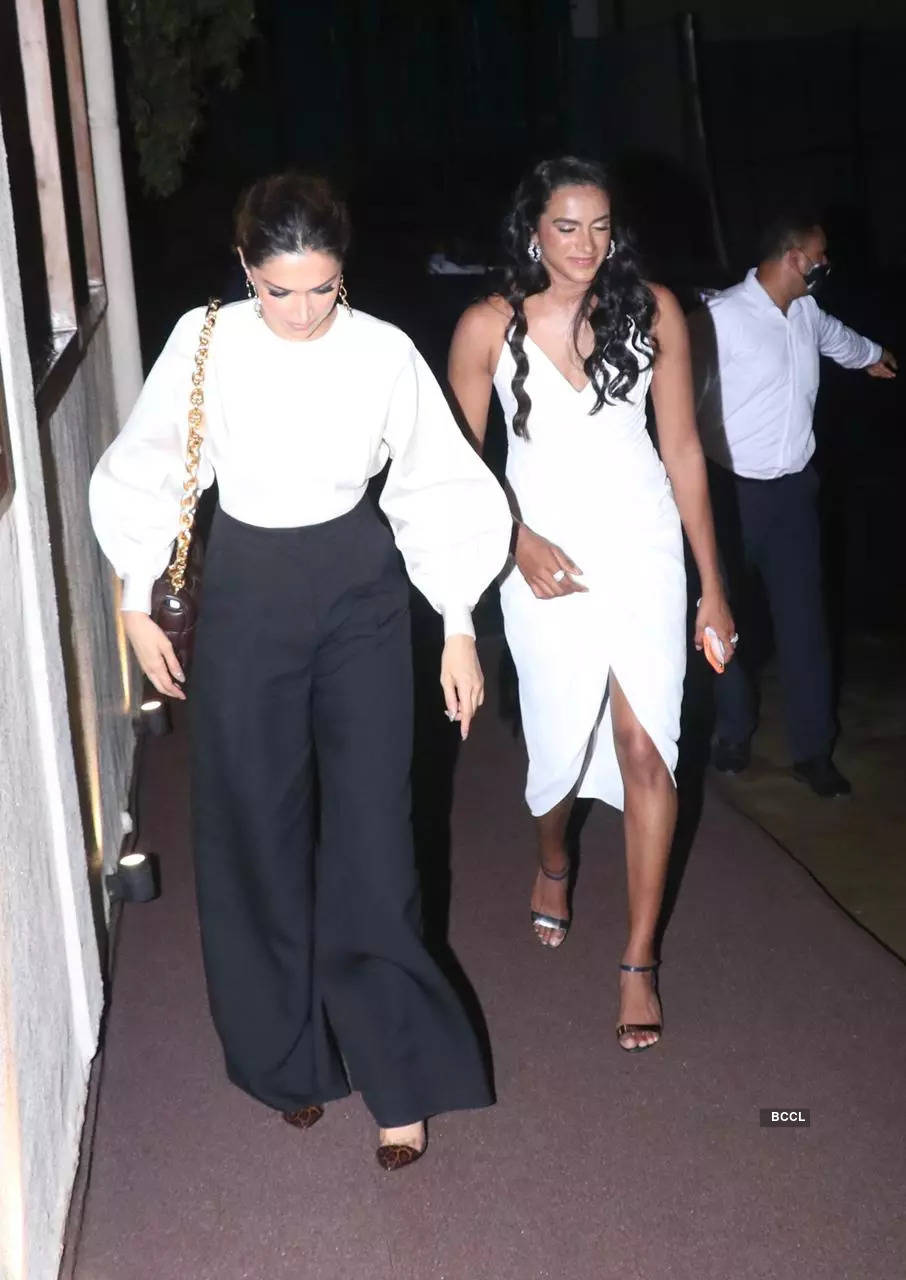 In the pictures, the ‘Piku’ actress looked pretty in a white outfit teamed with a pair of black baggy trousers. Sindhu on the other hand looked alluring in a white bodycon dress. Meanwhile Ranveer Singh looked uber cool in a printed white shirt paired with denims. 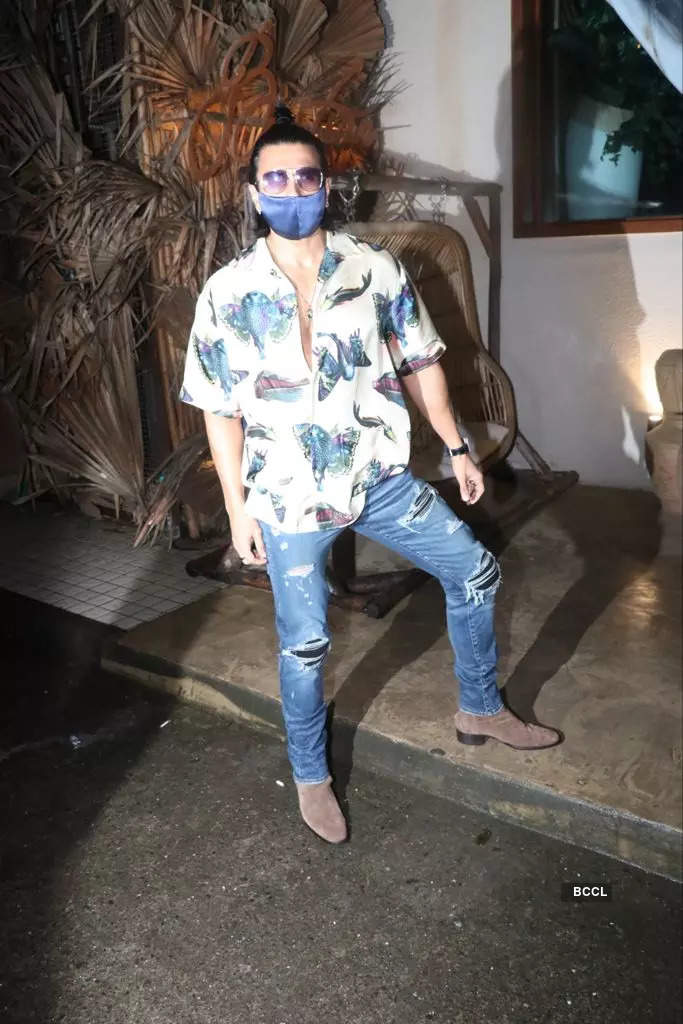 On the work front, Deepika will be seen sharing the screen space yet again with Ranveer Singh in Kabir Khan’s ‘’83’, where he essays the role of cricketer Kapil Dev and she would be playing his on-screen wife Romi Dev.

Apart from that, she also has several interesting projects in her kitty which include Shakun Batra’s untitled next with Ananya Panday and Siddhant Chaturvedi and Siddharth Anand’s ‘Fighter’ opposite Hrithik Roshan for the first time. The actress will also be reuniting with Shah Rukh Khan in ‘Pathan’ which also stars John Abraham in the lead role. She is also a part of Nag Ashwin’s next opposite Prabhas. She is also the part of the official remake of ‘The Intern’ with Amitabh Bachchan.