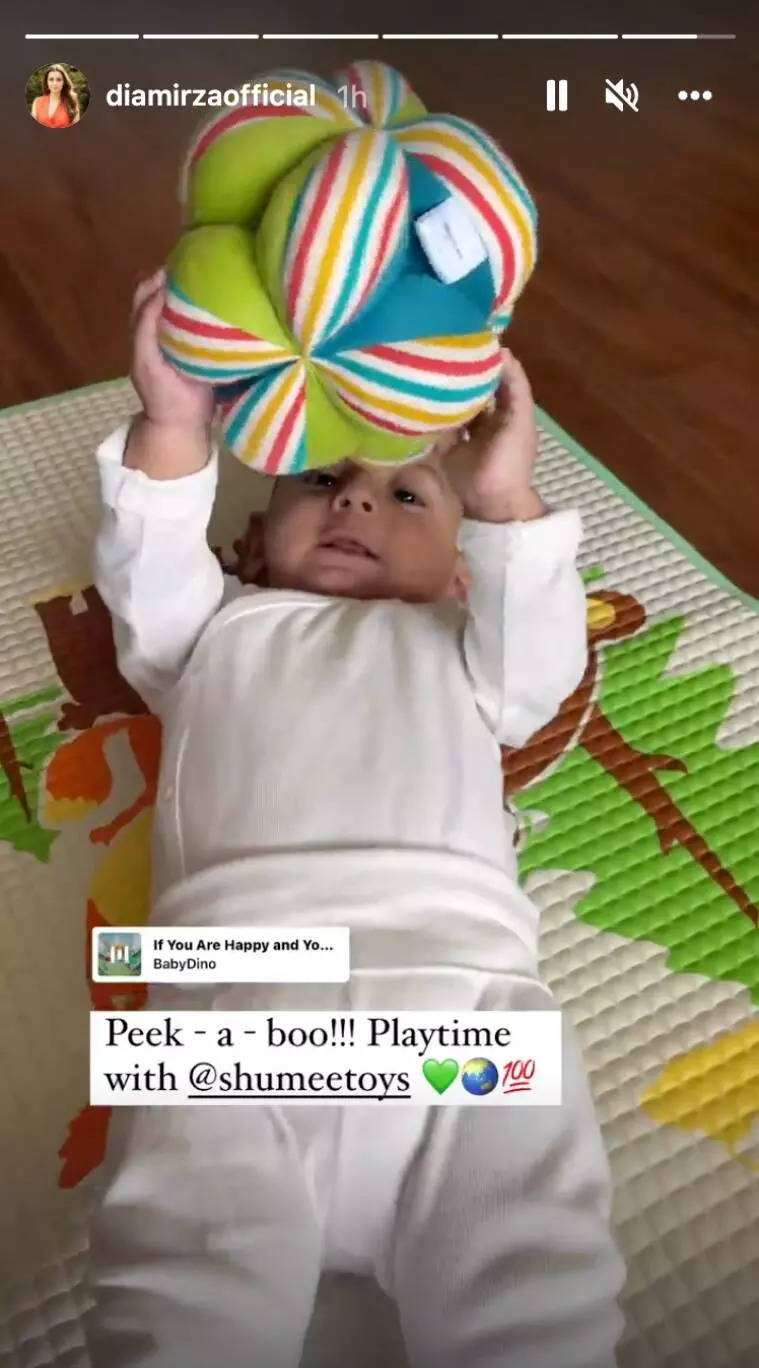 Dia Mirza has often shared glimpses of her son Avyaan Azaad Rekhi with her fans but not without covering his face, either fully or partially. However, today the actress gave his first full glimpse in a video where he is seen playing peek-a-boo with a stuffed toy.
Check out the post here:

In the video, the song, ‘If you’re happy and you know it’ is playing in the background while Avyaan is seen happily playing with a multi-coloured stuffed toy. She captioned it, ‘Peek-a-boo!!! Playtime’

Dia welcomed her baby boy Avyaan Azaad Rekhi on May 14. She took to Instagram to announce the news and wrote, “Our heartbeat, our son Avyaan Azaad Rekhi was born on May 14th. Having arrived early, our little miracle has since then been cared for by tireless nurses and doctors in the Neonatal ICU. As we watch this tiny being, this Zen master in awe and wonder, we learn from him, in all humility, the true meaning of trusting the universe and of parenthood. And to not be afraid, and so we humbly take the lead from his resilience and courage.”

Meanwhile, on the work front, she was last seen in a web series titled, ‘Call My Agent Bollywood’ where the actor was seen playing a fictional version of herself.