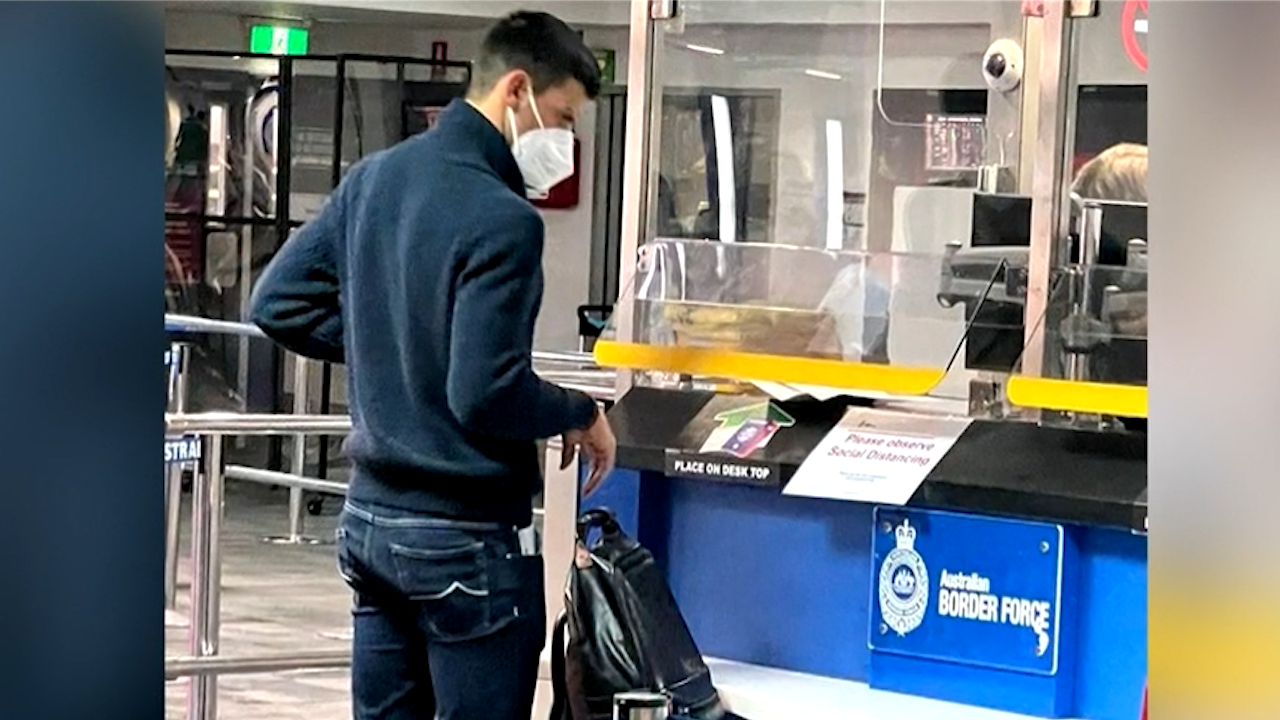 Novak Djokovic is legally challenging Australia’s decision to cancel his visa, with the appeal set to be heard in the Federal Court at 6pm.

His case was due to be heard in the court at 4pm, after it had been adjourned from an earlier hearing.

However, Judge A Kelly “emphasised without criticism” that he had not been able to make a ruling on Djokovic’s application because the documents had not reached him since the court was adjourned earlier in the afternoon.

The court heard Tennis Australia would need to know by Tuesday if Djokovic can play at the Australian Open, to which the Judge responded: “The tail won’t be wagging the dog here”.

It is likely Djokovic will remain in Australia overnight.

The prime minister also explained that the evidence Djokovic had relied on for a medical exemption to enter Australia without being vaccinated was insufficient.

“He did not have a valid medical exemption,” Mr Morrison said, explaining why Djokovic’s visa was sensationally cancelled by Australian Border Force this morning.

There are reports the world number one will be deported on a flight tonight after he was taken to a Carlton hotel following his nine-hour detention at Melbourne Airport.

“When you get people making public statements, of what they say they have, and what they are going to do, and what their claims are, they draw significant attention to themselves,” Mr Morrison said.

“Anyone who does that, whether they are a celebrity, a politician, a tennis player, a journalist, whoever does that, they can expect to be asked questions more than others.”

Mr Morrison laid the blame for the prolonged airport stand-off and visa cancellation on the world number one, saying the evidence for Djokovic’s medical exemption was “insufficient”.

“He provided information to the airline to allow his entry onto the plane but … that is not an assurance that they will be able to come through Australia’s border at the other side.

“It is for the traveller to be able to assert and backup their ability to come into the country consistent with our laws.”

It is understood Djokovic, who has won the nine Australian Open titles, including the last three, may appeal the decision in a Victorian court and could also reapply with a new visa.

In a statement, the ABF declared Djokovic had not complied with Australian laws and entry requirements.

“The ABF can confirm that Mr Djokovic failed to provide appropriate evidence to meet the entry requirements to Australia, and his visa has been subsequently cancelled,” the ABF said.

“Non-citizens who do not hold a valid visa on entry or who have had their visa cancelled will be detained and removed from Australia.”

An investigation will almost surely examine why the Victorian government had approved a medical exemption which ultimately did not stand up under intense ABF scrutiny.

Djokovic’s coach, Goran Ivanisevic, and support staff have been processed, it is understood, but they are choosing to remain at the airport.

Unless a court overturns the decision, Djokovic will miss the chance to become the most Grand Slam winning men’s player in history.

Speaking on Today before the ABF Djokovic decision, Mr Hunt said the Federal Government was insistent on a “very strong approach to ensuring equity of the rules for everybody”.

Unvaccinated people, as a general rule, cannot enter Australia unless there they have a medical exemption.

“My understanding is that the Border Force is reviewing that,” Mr Hunt said.

“We have taken a very strong clear approach on treating everybody the same.”

The Djokovic situation is now set to escalate into an international diplomatic incident.

Just before the cancellation announcement, the Serbian president Aleksandar Vučić made a statement declaring that the whole of Serbia was with Djokovic.

He said Serbian agencies were “doing everything to see that the harassment of the world’s best tennis player is brought to an end immediately.”

He expected the reaction among players, fans and media to be a “mixed bag”.

“I’m sure there will be people that are upset that there was even an exemption in the first place and I can see why,” he told Today.

“But I know some people will be happy to see him play because he’s one of the best ever to pick up a racket.”

Health Minister Mr Hunt said the Commonwealth had requested information pertaining to the medical exemption from the Victoria Government.

“It will be a matter for them to explain that.”

Speaking with Sputnik Serbia, the tennis star’s father threatened to call a gathering on the streets if his son wasn’t let into Australia imminently.

The tennis star’s father said Djokovic was being held “captive” in a room with two police officers and had been without his mobile phone for a number of hours.

The ABF later rejected that claim, saying “Mr Djokovic had access to his phone”.

“I have no idea what’s going on, they’re holding my son captive for five hours,” Srdan Djokovic said.

“If they don’t let him go in half an hour, we will gather on the street, this is a fight for everyone.”

Prime Minister Scott Morrison yesterday warned the controversial tennis star will be “on the next plane home” if the evidence for his medical exemption to travel and compete in the Australian Open doesn’t stack up.

Mr Morrison said Djokovic, whose exemption sparked outrage from many corners, would not be treated differently to anyone else.

“If he’s not vaccinated, he must provide acceptable proof that he cannot be vaccinated for medical reasons and to be able to access the same travel arrangements as fully vaccinated travellers,” Mr Morrison said.

‘Up there with Krakatoa’: Tonga explosion likely biggest in 30 years