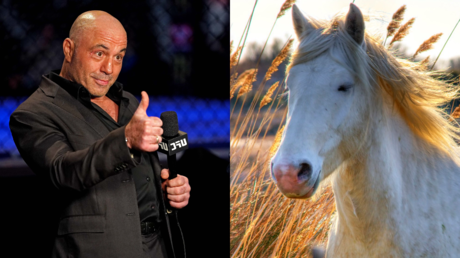 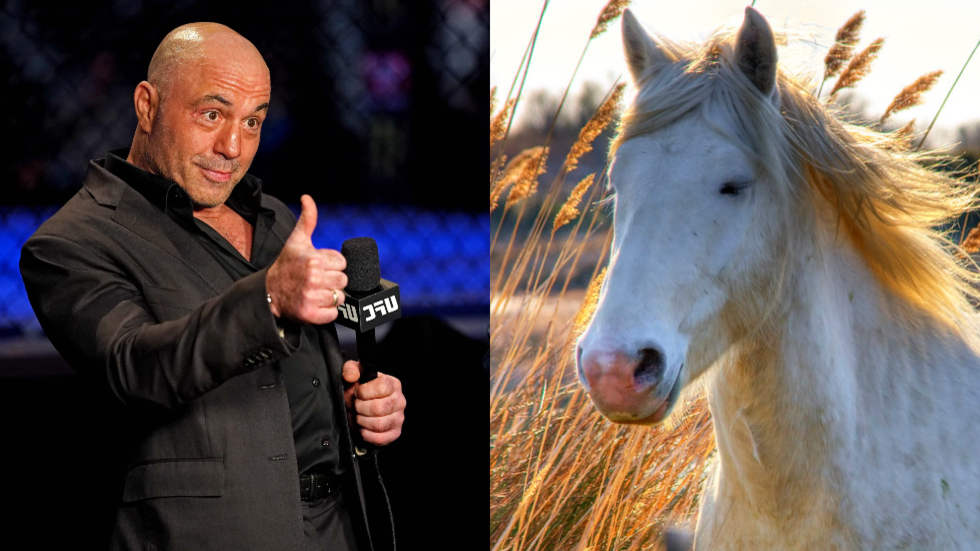 Podcast host Joe Rogan says he rapidly recovered from Covid-19 after taking a stack of medication, including ivermectin. Now he’s talking about suing CNN for calling the anti-parasitic drug he took a “horse dewormer.”

“Bro, do I have to sue CNN?” Rogan asked during an episode of his podcast released on Tuesday. “They’re making s**t up. They keep saying I’m taking horse dewormer. I literally got it from a doctor.”

“It’s an American company. They won the Nobel Prize in 2015 for use in human beings and CNN is saying I’m taking horse dewormer. They must know that’s a lie,” Rogan fumed.

Podcaster Joe Rogan asks whether he should sue CNN for saying he took horse dewormer:“They’re making shit up … I literally got it from a doctor.” pic.twitter.com/DGHgD8F2J8

Rogan fell ill with Covid-19 just over a week ago, recovered, and tested negative within three days. He attributed his speedy recovery to “[throwing] the kitchen sink at it,” and taking a cocktail of medications including ivermectin, monoclonal antibodies, azithromycin, and intravenous NAD.

Also on rt.com Joe Rogan reveals he contracted Covid-19, lists medicines he claims made him ‘feel great’ in 3 days

His use of ivermectin, however, caught the media’s attention. An anti-parasitic drug, ivermectin has shown some promise in treating Covid-19 and has been given to patients in some Latin American countries, but has not been approved as a therapeutic by the US Food and Drug Administration (FDA). Ivermectin has been shown to fight Covid-19 by working as a protease inhibitor, preventing the virus from replicating. The fact that drug firm Pfizer is developing its own protease-inhibiting Covid pill has led some commenters to accuse the media of unfairly demonizing ivermectin, which is a cheap, generic drug.

Ivermectin is also used in veterinary medicine, albeit in much larger doses than on humans. CNN and other critics used this to criticize Rogan for treating his case of Covid-19 with a “livestock drug” and “horse dewormer.”

CNN wasn’t the only outlet to conflate Rogan’s prescribed ivermectin with the veterinary version. The Washington Post reported that the podcast host was treating his infection with “unproven deworming medicine.”

The media’s antipathy toward ivermectin is shared by the FDA, which put out a snarky tweet last month warning Americans away from veterinary blends of the drug. “You are not a horse. You are not a cow. Seriously, y’all. Stop it,” the tweet read.

Also on rt.com ‘Horse dewormer’ overdose story debunked: We have no such doctor & treat people as normal, hospital says