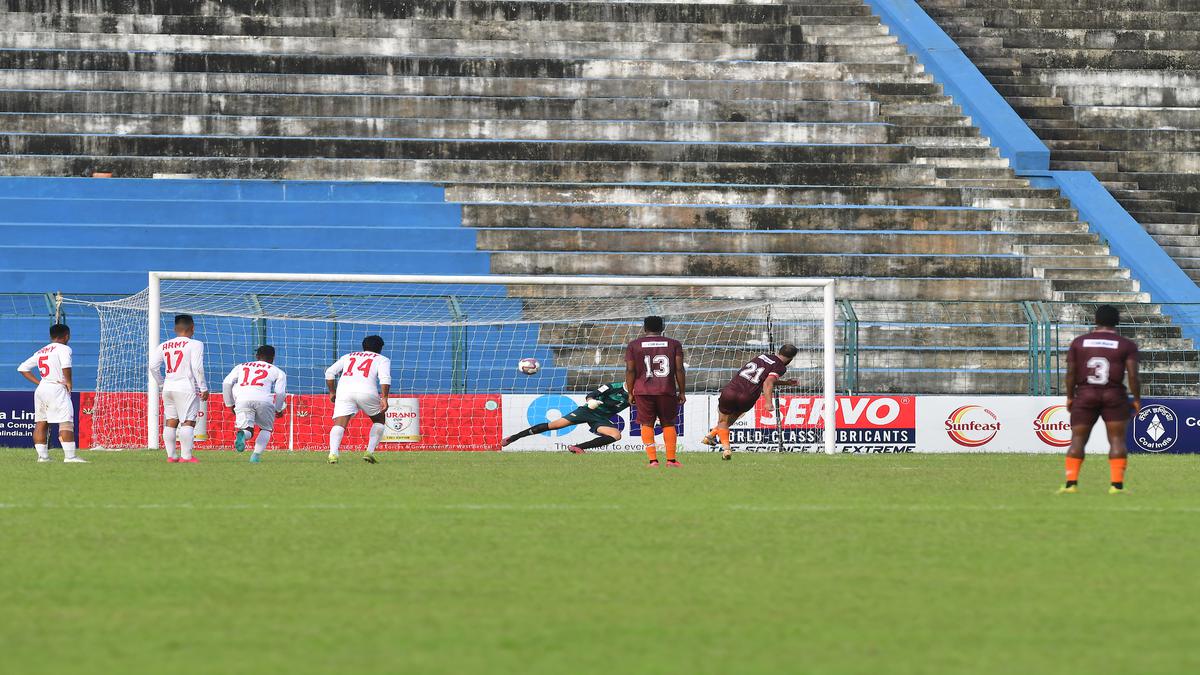 Defending champion Gokulam Kerala started its title defence with a draw as it was held by regimental side Army Red 2-2 in a Group D match of the 130th Durand Cup at Kalyani Stadium on Sunday.

Things became difficult for Gokulam when its first-choice goalkeeper Rakshit Dagar had to be replaced after a nasty collision with Army Red’s Mukesh Kumar. With substitute Ajmal P. A. under the bar, Gokulam Kerala’s citadel fell soon. Army Red equalised at the half-hour mark through P. Jatin before Bikash Thapa secured the lead just before the interval. Gokulam Kerala regrouped in the second half but had to wait till the 70th minute when its Afghanistan recruit Sharif M. Mohammad scored from a penalty.