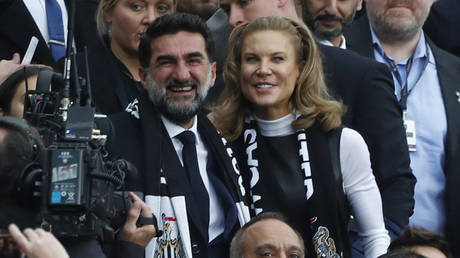 Premier League chairman Gary Hoffman will resign amid clubs’ fury over the Saudi-backed takeover of Newcastle United and the publishing of a review into regulations, according to reports.

Sky Sports claim to have learnt that Hoffman, an ex-Barclays executive who only took up his post 18 months ago, has bowed to pressure to quit over the past few weeks since the Saudi Public Investment Fund’s $400 million, 80% acquisition of the relegation-threatened northeast club.

All 20 of the English top flight’s outfits are said to have been briefed on his exit, said an executive at one of them.

And though there was a chance that Hoffman could change his mind if a number of clubs persuaded him to do so, the likelihood of that happening appears slim.

Instead, an announcement on the departure might be made in the next few days.

EXCLUSIVE: Gary Hoffman, the Premier League chairman, is on the brink of resigning less than 18 months after taking the role, following a backlash from a number of top flight clubs over the League’s handling of the Saudi-led takeover of Newcastle United. Full story up soon.

Furthermore, such a move comes on the eve of a review being led by ex-UK Sports Minister Tracey Couch, which should become public next week.

It is believed that the document will recommend the establishment of the Independent Regulator for English Football, which will be granted new powers to control the ownership and governance of clubs.

Supporting this is Hoffman’s potential exit, which suggests that the powers that be at the top of the English game lack the capability to self-govern in an ethical and constructive manner. 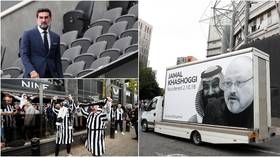 Questions will also be raised as per the credible candidates that could replace him, and the unhealthy power Premier League clubs have to pressure and influence such a departure.

There is reportedly the feeling from some senior figures that Hoffman has become the fall guy for the Newcastle takeover, which has angered their rivals and left the Premier League’s board in an impossible position.

Amid reports of a possible vote of no confidence in Hoffman, and an unofficial one already carried out according to the Financial Times, other clubs felt they should have been kept in the loop regarding the coup and how negotiations were progressing.

Even still, these are still boom times for the Premier League, which is meant to be on the brink of securing a record sum for television rights in the US while having come through the pandemic relatively unscathed.

Letter From Catherine the Great Shows Her Support for Inoculations

Govt seeks names of farmer leaders for panel on MSP, other issues; SKM to decide in Dec 4 meet