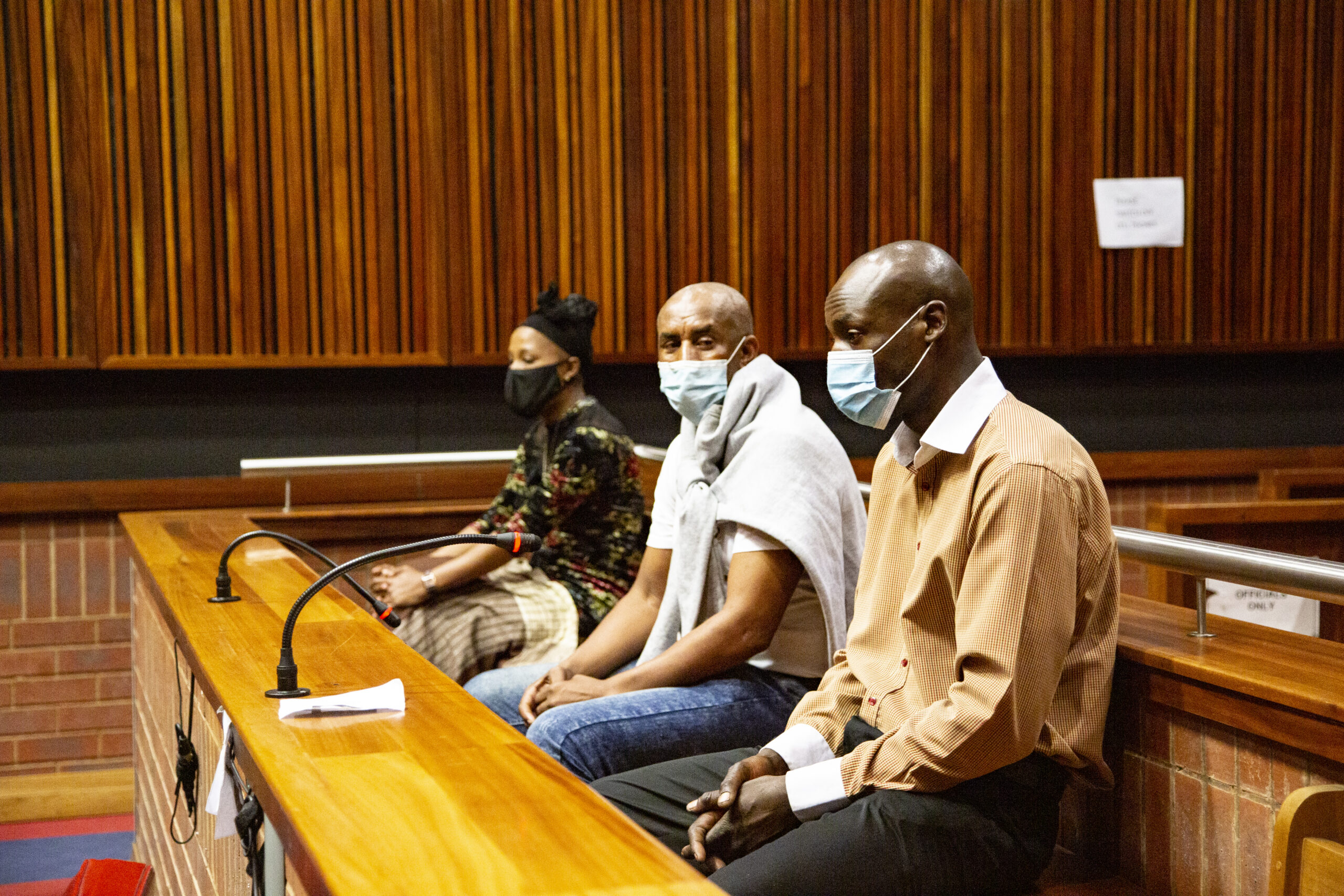 An eyewitness in the Nathaniel Julies murder trial failed to identify the cop who shot and killed the teenager, who lived with a mental disability, on Wednesday in the high court sitting in Palmridge.

Tahirah Kaldine told the court that she was standing outside her neighbour’s gate when she saw a shot fired from the back window of a police van.

Her testimony contradicts that of Junior Constable Mandla Sithole this week, when he stated that accused one, Junior Constable Caylene Whiteboy, fired from the passenger seat of the van before Julies was killed.

Kaldine was walking with a person she identified as Wayde. Julies was walking behind her so she noticed him only when she had crossed the road and he was standing by the truck, “eating something.”

She recalled how, about 30 minutes to an hour after the incident, a VW Polo arrived at the scene and two men approached with a torch. She told the court that she and curious community members went to look and she saw Julies being pulled from underneath the truck.

Kaldine described the markings in widely circulated images of the truck, in which she claims his hand prints were visible.

She testified that it was not until 1 September that she saw an official taking pictures of the truck, when rain had already diluted the smudge.

“He walked towards the truck; he picked Nathaniel up from underneath the truck and put him into the van — at the back.

“Did he climb inside with the deceased?” the state prosecutor asked, to which Kaldine responded that he did not.

“Then I went to call Nathaniel’s parents to tell them what I saw happen,” she said.

Kaldine testified that Julies walked to the abandoned truck before she heard a cop shout at him from the van that had parked near the gate of the block of flats.

“He was standing by the truck. He walked a small distance away from the truck and then went back to where he was previously standing. He was eating something. Then we heard a gunshot go off,” she said.

Banned ammunition, but whose?

Details emerged in court from Lieutenant Constable James Chauke that Ndyalvane said he had not booked out ammunition when he booked out the shotgun that day, which is against police protocol.

Chauke, who has worked at the Eldorado Park police station for 29 years, told the court that he did not confiscate the ammunition in Ndyalvane’s belt because he told him he booked out a shotgun without booking out ammunition.

On the night Julies was killed, Chauke questioned Whiteboy and Ndyalvane about the circumstances of Julies’s death. This was when the pair returned from Chris Hani Baragwanath Hospital where they had taken the teenager, who was declared dead on arrival.

Chauke said that he believed Ndyalvane’s report that the officers had been pursuing suspects for stolen parts when the incident occurred.

Ndyalvane, who is a senior public order policing officer, has been charged for the possession of illegal ammunition. The indictment says the ammunition used to kill Julies was banned by the South African Police Service in 2014.

Neither Sithole or Chauke were able to tell the court what kind of bullets were in Ndyalvane’s belt, although both testified to seeing ammunition on it.

The three accused face charges ranging from murder and possession of illegal ammunition to perjury, defeating the ends of justice, and accessory to murder after the fact.

Tunicia Phillips is an Adamela Trust climate and economic justice reporting fellow, funded by the Open Society Foundation for South Africa. Her investigation into Eldorado Park SAPS and reporting on the Nathaniel Julies murder has been supported by the Henry Nxumalo Investigative Fund at the University of the Witwatersrand.

How car subscriptions will improve the resilience of the auto industry

A new vision for global cooperation