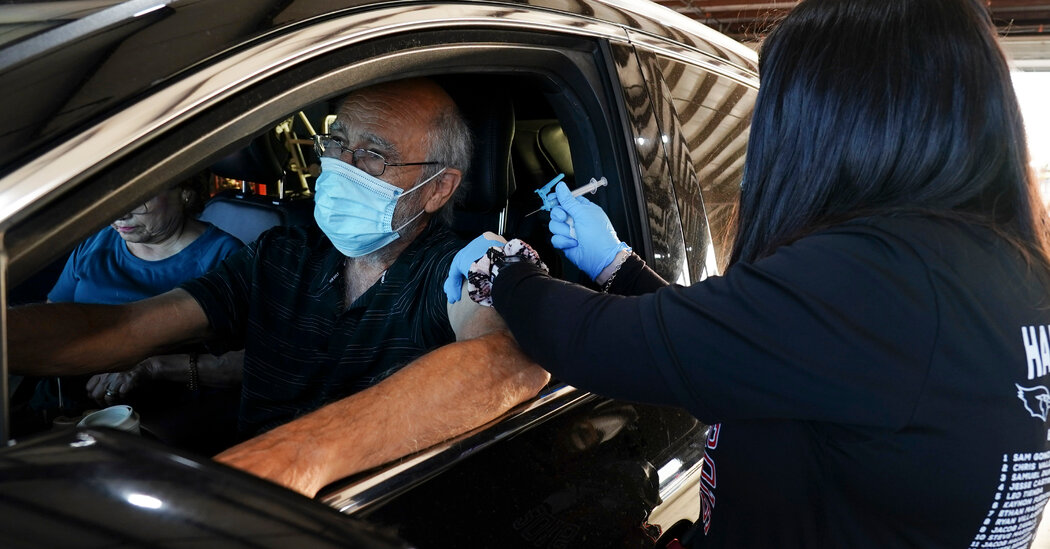 Moderna has asked federal regulators to authorize booster shots of its coronavirus vaccine for all adults, a request that the Food and Drug Administration could grant as early as this week along with a similar request from Pfizer, according to people familiar with the planning.

If the Centers for Disease Control and Prevention also signs off every adult who was fully vaccinated with the Pfizer-BioNTech or Moderna shot at least six months ago would not only be eligible for a booster, but could choose which vaccine. The agency’s committee of independent experts is set to meet Friday to discuss booster shots.

It would also allow President Biden to fulfill his August pledge to offer booster shots to every adult — nearly two months later than the administration originally planned, though, and amid an ongoing debate among experts over whether extra shots are necessary for younger, healthy adults.

As it now stands, only people 65 or older or considered at special risk because of their medical conditions, jobs or living environments are eligible for boosters of the two-dose Pfizer-BioNTech or Moderna vaccines. Anyone who received the single-dose Johnson & Johnson shot can already get a booster of any of the three vaccines, at least two months after their first injection.

By some estimates, the existing eligibility categories, which are broad but complicated, cover up to 70 percent of adults. More than 30 million Americans, or about 16 percent of those fully vaccinated, have already gotten additional shots. But under the federal rules, tens of millions more are still ineligible.

Even if federal regulators do not act on Moderna’s request this week, the F.D.A. and the C.D.C. are expected to allow all fully vaccinated adults access to Pfizer’s booster.

A growing number of state and localities have moved on their own to offer booster shots to all their adult residents, either by generously interpreting or simply ignoring the federal guidelines, including Arkansas, California, Colorado and New Mexico. New York City health officials on Monday encouraged all adults who want boosters to seek them out.

Moderna announced Wednesday that it had requested the F.D.A. broaden its booster authorization to include all adults, as regulators in Canada and the European Union have recently done.

Moderna’s vaccine is considered more protective than Pfizer-BioNTech’s; its dose for the initial two shots is 100 micrograms, while Pfizer’s is 30. Regulators authorized a half-dose of Moderna as a booster for older people and other vulnerable groups, in part to mitigate concerns about side effects; Moderna is seeking the same half-dose booster for the broader adult population.

State and local health officials have criticized the existing federal eligibility categories for Moderna and Pfizer booster shots as far too complicated for the public to figure out. Besides those who are 65 or older, those eligible include those with medical conditions ranging from heart conditions to obesity to depression.

Also eligible, the C.D.C. has said, are people “at increased risk for Covid-19 exposure and transmission because of occupational or institutional setting” — a category covering health care workers, residents of homeless shelters and prisoners, among others.

Boebert Reaches Out to Omar After Incendiary Video, Escalating a Feud