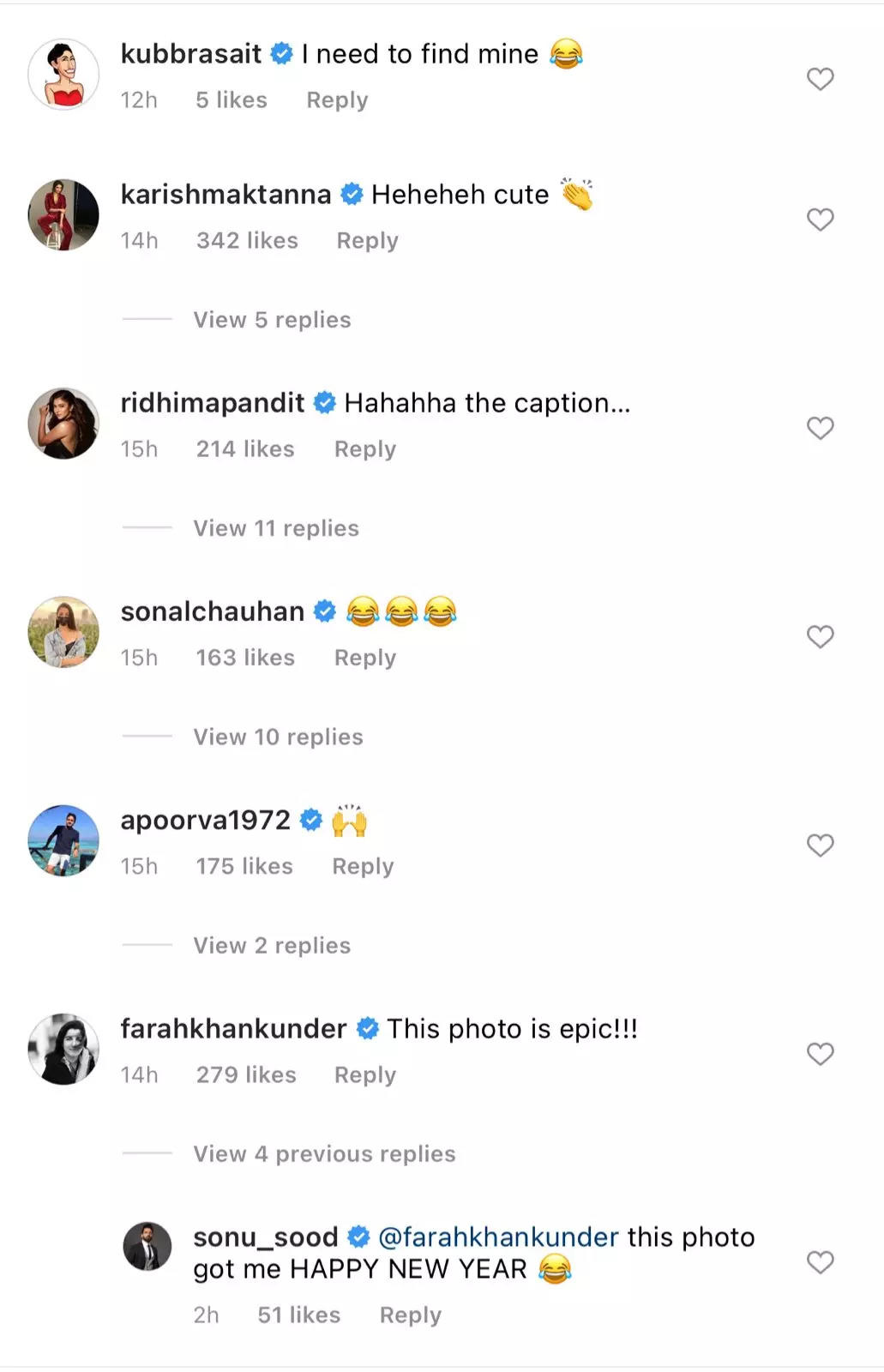 Actor Sonu Sood recently took a trip down memory lane to share a “A historic picture from his “first so- called “Professional“ portfolio”. The picture comprising of the actor’s headshot was also accompanied by a little note which read, “And I thought there can’t be a better picture than this 🤣😂 No wonder my mind was acting like a light stand in the background which is without a bulb 💡 😜”
While many fans and well wishers were impressed by Sonu Sood’s style and look, many celebs like Kubbra Sait and Sonal Chauhan too dropped in quirky comments. Sonu’s ‘Happy New Year’ director Farah Khan too acknowledged the post by writing, “This photo is epic!!!” Responding to her comment, Sonu wrote, “@farahkhankunder this photo got me HAPPY NEW YEAR 😂”

Meanwhile on the occasion of Ganesh Chaturthi, Sonu recently brought home Ganpati and celebrated the festival traditionally with his family. He performed aarti with his wife and offered prayers. The actor later distributed prasad to his fans who gathered outside his residence.

Meanwhile, on the work front, Sonu will be soon seen with Akshay Kumar and Manushi Chillar in ‘Prithviraj’. The actors have already shot for the film. He also has a few south projects in his kitty.