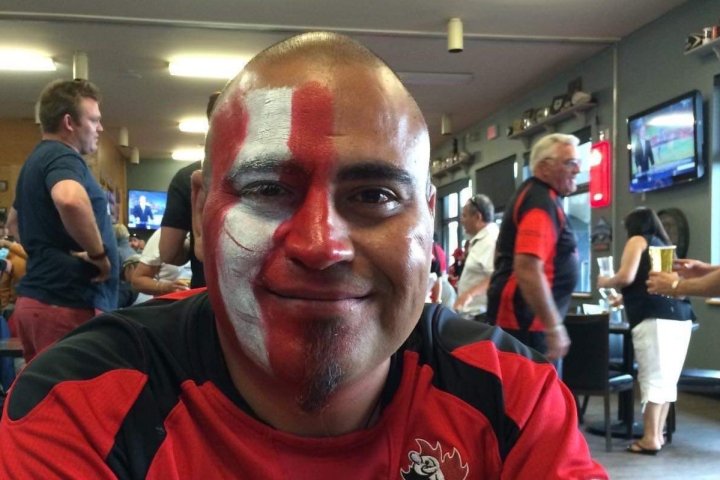 Friends are remembering a former Calgary man who was killed in a B.C. mudslide.

Steven Taylor was well known in Calgary’s rugby community. He’s described by those who knew him as an intimidating force on the field but a “big softie” on the inside.

“He was a character larger than life. He’s one of these people who would go out of his way to help anyone within the rugby community of our city, which is vast,” said Dean Hopkins on Sunday.

Hopkins knew Taylor through their many years playing rugby together with the Calgary Canadian Irish Athletic Club.

“I’ve known Steve on and off the field for many years, and he was like a brother to me,” Hopkins said.

Hopkins said Taylor had moved to Vancouver last year for work and had a construction job north of the city.

“His wife called me on Monday evening and said Steve was working up north. She had spoken to him that morning, but he had not returned home,” Hopkins said.

A few days later, Hopkins said he got another call from Taylor’s wife — this time with the devastating news that Taylor was one of the victims recovered from the mudslide on Highway 99 south of Lillooet.

“He was a big family man and worked hard and played hard on the rugby field. He was loved by a lot of people,” Hopkins said.

Those in Calgary’s rugby community said Taylor had a big impact both on and off the pitch.

“His happiness was infectious across everybody. When you are around him, you want to smile and enjoy yourself,” said Peter Rowe, Calgary Rugby Union president.

“Knowing that he just moved out there recently to B.C. to work to support his family and just thinking he was here just a couple of months ago playing in Edmonton at a rugby game, it’s just heartbreaking.

Those new to the sport said Taylor was a mentor to many.

“He was a big softie on the inside. He was a genuine dude. Very authentic,” said Reece Coad, who played with Taylor on the Calgary Knights Rugby Football Club.

“When I first started playing, I had no idea what I was doing, and he taught me most of what I know about the game. He took me under his wing. He was like a father to me, a big brother.”

Read more: ‘We realized we were alive’: B.C. mudslide survivor grateful for kindness of ‘complete strangers’

Hopkins has set up a fundraiser to help Taylor’s wife and three kids.

“He was a hard-working Calgarian from the working class,” Hopkins said.

“Speaking with his wife, I am going to move mountains to try and help her by utilizing the generosity of the rugby community — not just in our city but in our province and in B.C. — because he played rugby in B.C. as well.”

First cases of Omicron COVID-19 variant detected in Canada: What we know