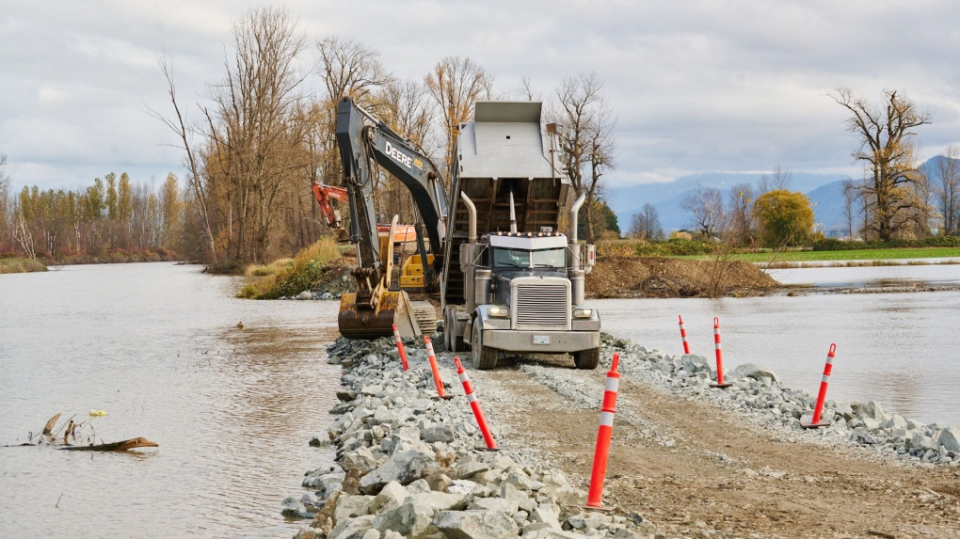 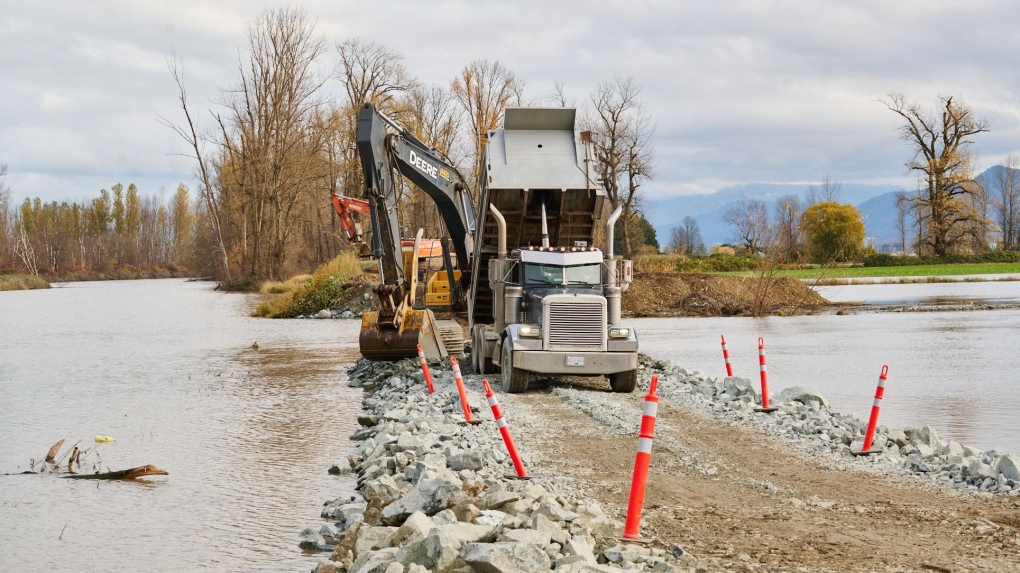 Crews in Abbotsford are making good progress in their race against time to close a roughly 100-metre gap in the Sumas River dike, and they’re being aided by the partial opening of floodgates at the Barrowtown Pump Station, according to Mayor Henry Braun.

Braun said declining water levels in the Fraser River allowed the city to partially open the gates around 2 a.m. Saturday.

The floodgates allow water from the Sumas River to drain into the Fraser faster than the pump station can pump it, but they can only be opened when the water level in the Sumas is higher than that of the Fraser.

At full capacity, the floodgates allow seven times the amount of water as the pump station can handle, Braun said.

“It’s very good news,” the mayor said of the partial opening, though he cautioned that if the water level in the Fraser rises, the gates could need to be closed again.

The work on repairing the Sumas River dike is intended to prevent further flooding of the Sumas Prairie and the former Sumas Lake, especially with more rain in the forecast on Monday and Tuesday.

Work is happening on both sides of the roughly 100-metre gap in the dike, with contractors bringing truck after truck of sand and stone to the site and working around the clock.

Photos and videos shared by crews working on the effort, as well as by Abbotsford police, show the emergency dike extending roughly halfway across the water.

On Friday, Braun said plans to build a levee to hold back the floodwaters had been abandoned, with an emergency repair to the breached dike underway instead.

The levee plan would have required access to the properties of 22 Abbotsford residents north of Highway 1, and could have meant the destruction of their homes.

Instead, under the current plan, no homes will need to be expropriated.

With a significant amount of rain in the forecast for the coming week, the dike repairs are urgently needed to keep floodwaters from the Nooksack River in the United States from overflowing the Sumas River and continuing to fill up the long-dry Sumas Lake.

Abbotsford’s Barrowtown Pump Station is used to pump water out of the lake bed and into the Fraser River, but it has been overwhelmed by the volume of water that has entered the Sumas Prairie during the recent disaster. 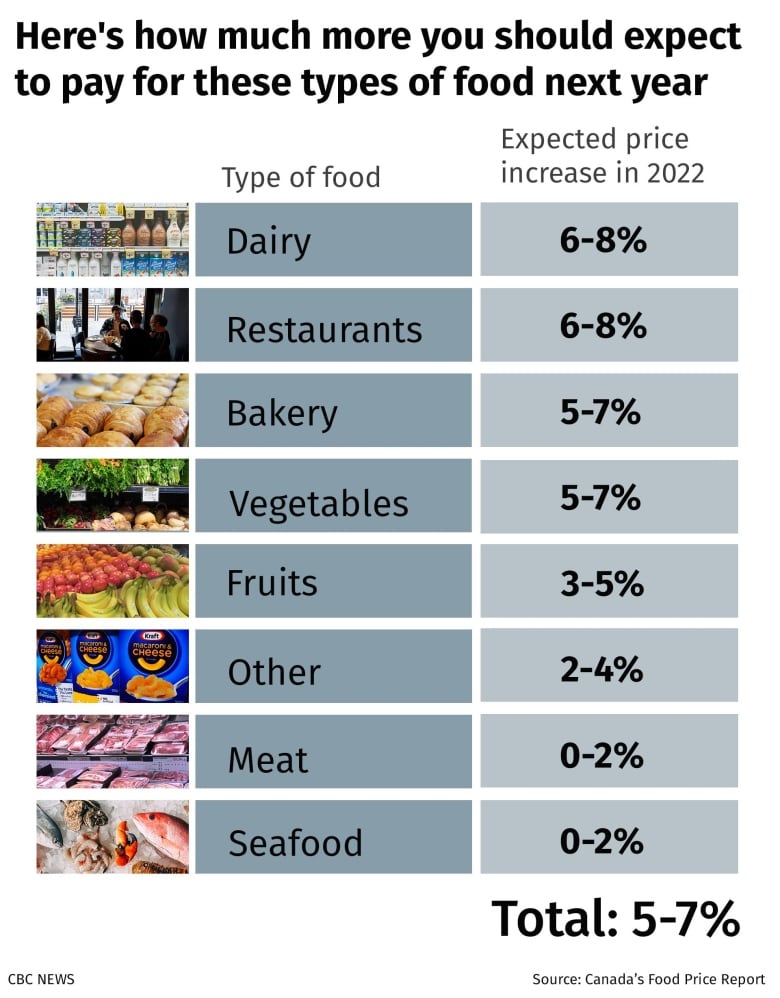