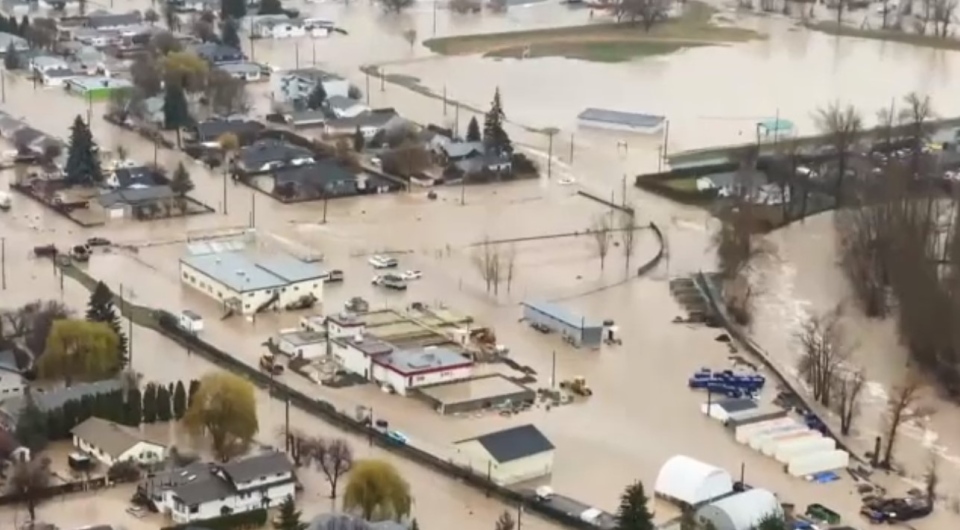 The intense storm bombarding British Columbia has forced officials to evacuate the entire City of Merritt, where floodwaters have “inundated” bridges and left the local sewage treatment plant inoperable.

Some homes were evacuated overnight as unrelenting rain drenched much of the province, causing flooding, mudslides, rockslides and widespread highway closures between the Lower Mainland and Southern Interior.

Merritt announced the expanded city-wide evacuation order shortly after 10 a.m., urging the Nicola Valley community’s approximately 7,100 residents to take refuge with family or friends elsewhere in the province if possible.

“Merritt is and will remain strong,” Mayor Linda Brown said in a statement. “Please, offer help to your friends, families, and neighbours, drive safely, and take care of yourselves. We will meet each other again, in our homes, where we belong.”

Those with nowhere to go have been advised to make for emergency services centres in Kamloops or Kelowna, depending if they have any supports in either city. Merritt residents with no connections to either should go to Kamloops if their home address is even-numbered and Kelowna if their address if odd-numbered, officials said.

The situation in Merritt has been deteriorating since the heavy downpours began over the weekend. At around 7:30 a.m. Monday, officials issued another evacuation order covering the Collettville neighbourhood, warning that residents might have to be rescued by helicopter if they didn’t flee quickly.

The city’s wastewater treatment plant has also been overwhelmed with floodwater, rendering it inoperable “for an indefinite period,” according to officials.

“Continued habitation of the community without sanitary services presents risk of mass sewage back-up and personal health risk,” the city said in its evacuation notice.

Two of the three bridges across the Coldwater River were also out of commission on Monday, and flooding had prevented access to the third. 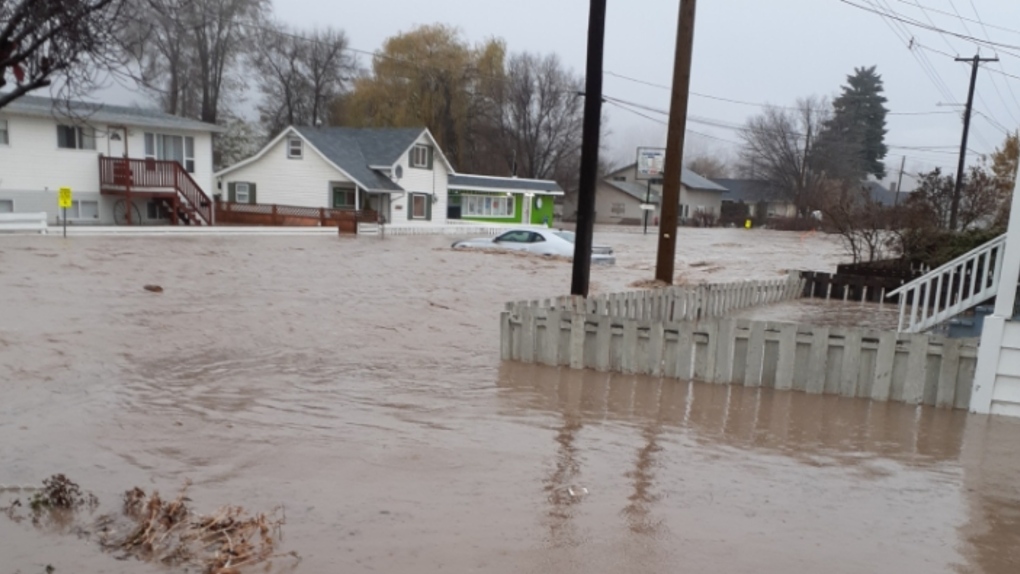 A car is seen floating down a flooded street in Merritt, B.C., in a reader-submitted image. (Mary Keller)

Several other areas been placed under evacuation orders and alerts due to the monstrous storm, which Environment Canada forecasted would continue through much of Monday.

Dozens of homes in the Regional District of Okanagan-Similkameen were evacuated late Sunday night after flooding on the Tulameen River posed “immediate danger to life safety.”

“Search and rescue under the direction or RCMP will be expediting notifications and enforcement,” the district said in an emergency update.

Landslides and flooding also prompted a number of “localized emergencies” within the City of Abbotsford, where nearly two-dozen roads were cut off due to the weather event.

Officials evacuated 35259 Straiton Road, and issued evacuation alerts for a number of other areas.

The Thompson-Nicola Regional District also issued evacuation alerts for an unconfirmed number of homes in electoral areas “I,” “M,” and “N,” warning residents to be prepared to leave on short notice, which includes making plans for moving people with disabilities, children and neighbours who might need assistance.

The most up-to-date information on evacuation orders and alerts are available on city and regional district websites, and through Emergency Info B.C.

This is a developing story and will be updated.

Canada is One Step Closer to Banning Conversion Therapy