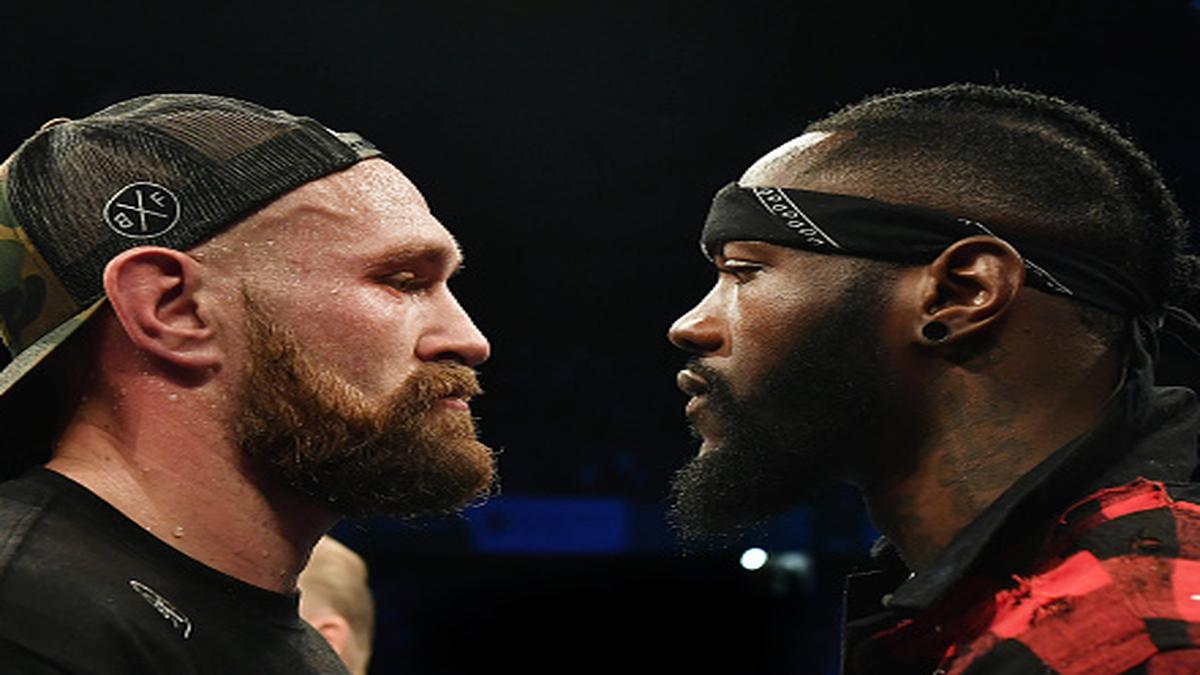 Heavyweight boxers Tyson Fury and Deontay Wilder faced each other inside the ring for the first time on 1 December 2018. The match ended in a somewhat controversial split draw. While Fury, ‘The Gypsy King’, landed more punches, Wilder, ‘The Bronze Bomber,’ gave the moment of the fight when he seemed to have knocked Fury out in the twelfth and final round before Fury miraculously stood back on his feet to continue.

However, it was the buildup to the fight that had the lovers of the sport on the edge of their seats.

One of the very first times when Wilder and Fury came face to face was in January 2016. At the end of the fight in which Wilder successfully defended his WBC title against Poland’s Artur Szpilka in New York, Fury jumped into the ring.

Fury the microphone and said, “Listen, there’s only one Tyson Fury. What have you got to say about that Deontay?” to which Wilder replied, “Fury, this is just an act. You know who I am. Any time, any place. I ain’t scared of nobody. I’ll come to your backyard baby to fight.”

READ | Fury vs Wilder III: All you need to know

Fury further said, “Any time, any place, anywhere, when you are ready, I’ll fight you in your back garden like I done Klitschko I’ll beat you, you bum! You’re a bum!”

Wilder was again of the opinion that Fury was just putting up an act and said, “You’re not a real fighter. I don’t play this. This is an act that you’re doing. You should have been an actor but when we do step into this ring, this ain’t wrestling. This ain’t the WWE.

After the fight at the Staples Center in LA on December 1 was declared a split draw, both boxers thought they had actually done enough to win. In the post-fight interview to sportscaster Jim Gray, Wilder said, “”I think with the two knockdowns, I definitely won the fight. We poured our hearts out tonight. We’re both warriors, but with those two drops, I think I won the fight.”

On the other hand, Fury said, “We’re on away soil. I got knocked down twice, but I still believe I won that fight.”

The second fight between the two boxers happened on 22 February 2020 at the MGM Grand Garden Arena in Paradise, Nevada where Fury beat Wilder via a seventh-round Technical Knock Out.

Before the match, Wilder had claimed that he “rehabilitated” Fury. During a press conference, Wilder said, “I found you when you were strung out on coke, as big as a house and contemplating killing yourself. I brought you to big-time boxing. I rehabilitated him back.”

Fury, dismissing Wilder’s claims, said, “”I gave him the biggest payday of his life, brought him to Las Vegas and this is how he thanks me. He has a lot of appreciation for someone who put millions in his account.

“I will put you into permanent retirement, don’t you worry about that.”

Unlike the first fight, Fury left no stone unturned and dominated from the get go. He knocked down Wilder twice, first in third round and then in fifth, before Wilder’s corner finally threw in the towel in the seventh round as the bleeding American was being brutally punched by Fury.

As the match got over, Fury said, “He is a warrior, he will be back, he will be a champion again. But I will say, the king has returned to the top of the throne!”

However, Wilder blamed the 40-plus pounds suit and helmet he wore during his entry for tiring him out. “I paid a severe price because my legs were how they were because of my uniform,” Wilder told ESPN.

“My uniform was way too heavy. It was 40-plus pounds. We had it on 10 or 15 minutes before we even walked out and then put the helmet on. That was extra weight, then the ring walk, then going up the stairs. It was like a real workout for my legs. When I took it off, I knew immediately that the game had changed.”